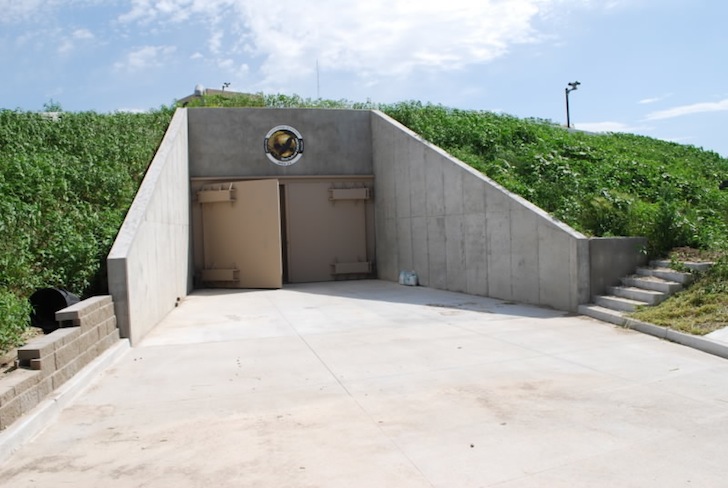 Located in a converted subterranean silo near Concordia, Kansas, the first complex of these high-end survival accommodations is already sold out and their creators are working on a second nuke-proof silo transformation project for eager buyers. Many silo homes exist already, but few are designed for multi-family living and many remain semi-theoretical as yet – this one is luxurious and fully realized. 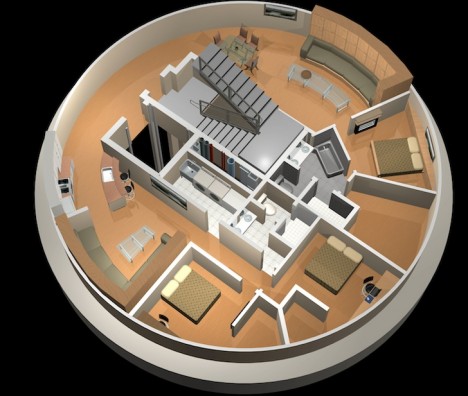 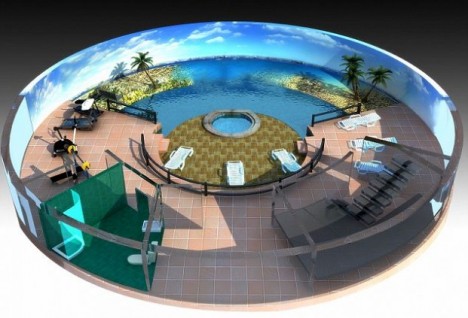 Luxury Survival Condos boasts both the nuts and bolts, “physical protection, redundant infrastructure for power, water, air, and food,” as well as a surprising array of amenities: facilities for “cross training, aquaponic farming, medical support” including a “community swimming pool, dog walking park, rock climbing wall, theater and general store” as well as a jail for anyone who misbehaves. 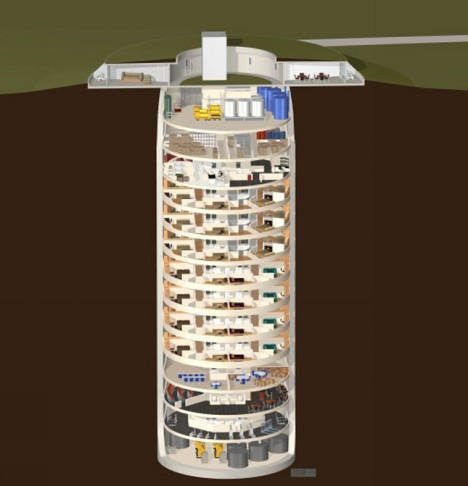 The eye-popping prices are compared by founder Larry Hall to Manhattan residences, but seem steep even by New York City metrics: $1.5 million for a half-floor unit just under 1,000 square feet, $3 million for a full floor and $4.5 million for a “penthouse” (two floors). For those who can afford it, the company also offers their services for transforming whole silos into single-family survival retreats. 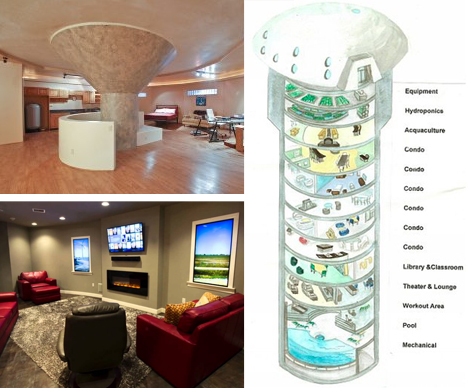 The first space was purchased in 2008 and features seven floors of living spaces, able to accommodate up to 75 occupants. The various areas are connected by elevators (to be powered by green off-grid sources in an emergency) as well as stairs for redundancy. Each resident is allocated a 5-year supply of freeze-dried food in addition to the vegetables and fish grown and bred underground. Water and air treatment are addressed as well, with a 750,000-gallon reserve of drinking water as well as filtering systems. Generators and wind turbines feed into a battery bank to store up at least some level of power reserves as needed. 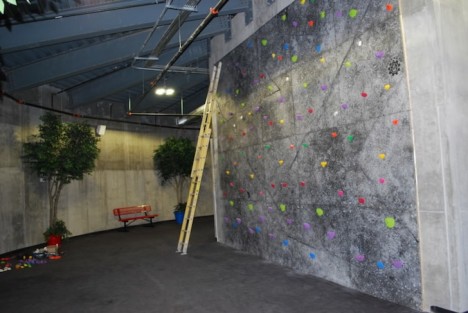 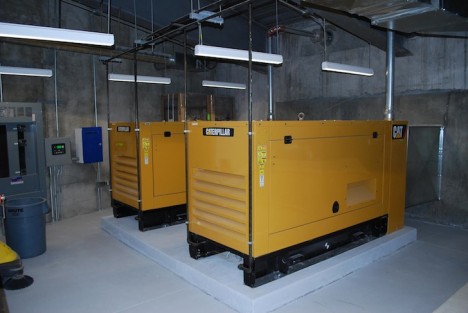 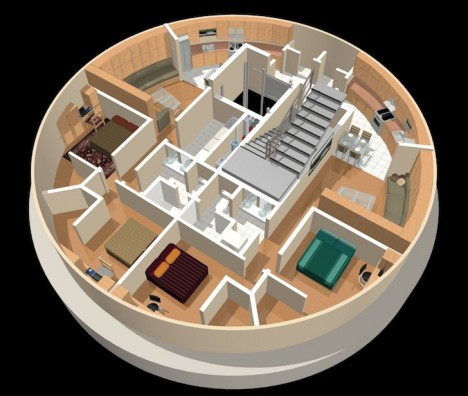 Given how much people pay to buy these units one has to wonder if they ever bother to use them under normal conditions, perhaps to get a sense of what life would really be like should they end up living there in a real end-of-world scenario. Of course, the standard problems apply: if others know where this is, what is to keep the hordes from attempting to overwhelm it were a global disaster ever to unfold?