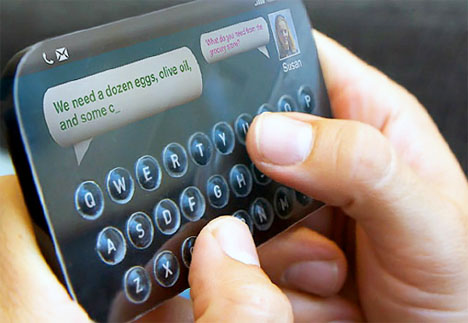 From Tactus Technology comes a morphing touchscreen with tactile keys that appear and disappear when needed. It’s based on microfluidics, a system of tiny channels arranged under the flexible surface of the touchscreen. Oil can be pumped into these channels to ‘inflate’ the keys as needed. It could be used on smartphones, tablets, gaming and navigation systems as well as remotes and other electronics. 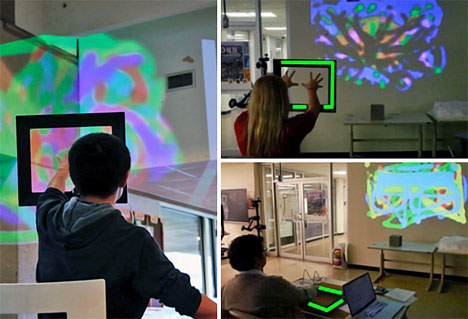 Paint or manipulate digital information in the air with the Zerotouch Invisible Touchscreen, a screenless transparent multi-touch display that detects user input with 256 infrared sensors. User movement is seen as points on a matrix of lines. Rather than having to actually touch a surface, the user can move their hands ‘through’ the screen. That means it could be placed over a normal, non-touchscreen computer to turn it into a multitouch surface. 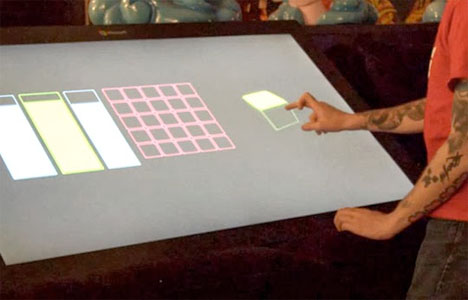 Microsoft is developing touchscreen technology for DJs, produced in partnership with Deadmau5. The software doesn’t yet have a name, and the company hasn’t released a lot of information, but you can see it in action in the video above. 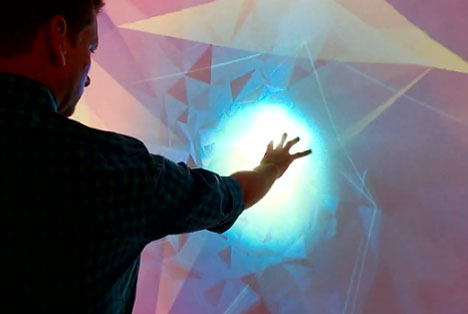 Two Xbox Kinects come together into a 3D control interface for making music, called the KinectiChord. One of the Kinect cameras faces the audience, monitoring who’s standing in front of it, while the second is trained on the KinectiChord’s flexible touchscreen to measure where you press on the screen and the force of your touch. Your movements affect audio tracks, volume, panning and equalization so you can play with the music.