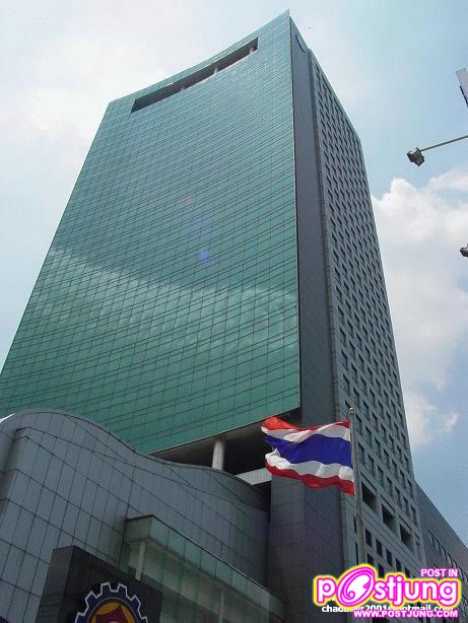 The 31-story Jasmine International Tower on Bangkok’s Chaengwatana Road was designed as an “intelligent office tower” attractive to the Southeast Asian nation’s growing telecommunications industry. Features of note include in-house wireless internet, a data center, and of course the building’s sleek appearance likened by many to one of the latest smartphones. 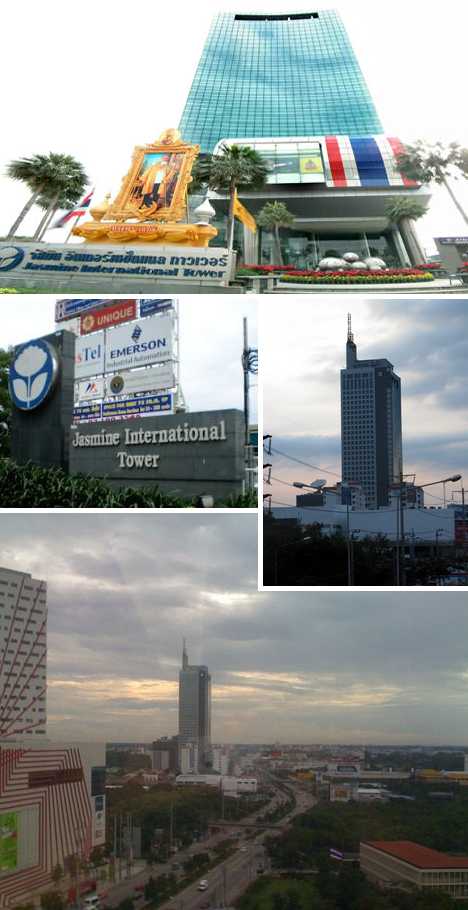 Unlike the “Walkie Talkie” building at 20 Fenchurch Street in London, England, the outer walls of the Jasmine International Tower are not angled downward though they do describe a mild parabolic curve when viewed from above or below. Tenants parking in the outdoor lot need not fear, therefore, until they get their monthly bill. 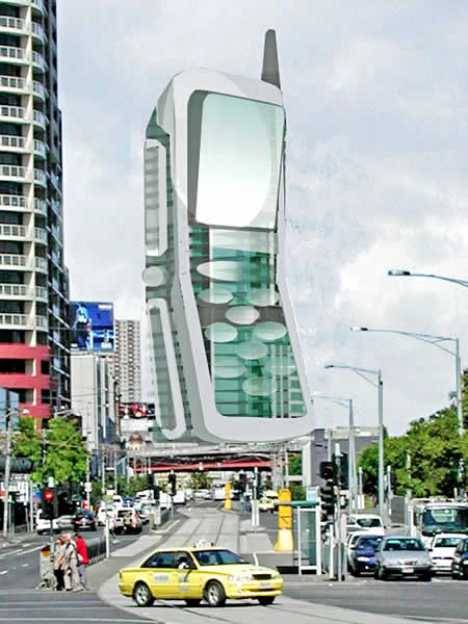 Working in an office tower shaped like a mobile phone is one thing, knowing the concept came from the mind of someone known as “Crazy John” is another. This overly realistic cell phone tower was the brainchild (or brainfart, if you like) of one “Crazy John” Ilhan, a fabulously rich Australian who built his fortune on the rapidly expanding telecom industry. 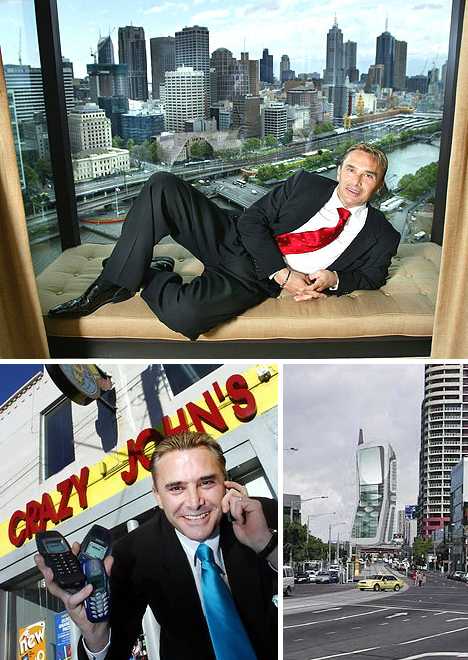 Ilhan’s outrageous tower was to soar 120 meters (almost 395 ft) into the sky overlooking Melbourne’s Southbank district. It might have actually come to pass if Ilhan had not suffered a sudden, fatal heart attack in October of 2007, after which his grandiose cellphone tower plans were thankfully shelved. 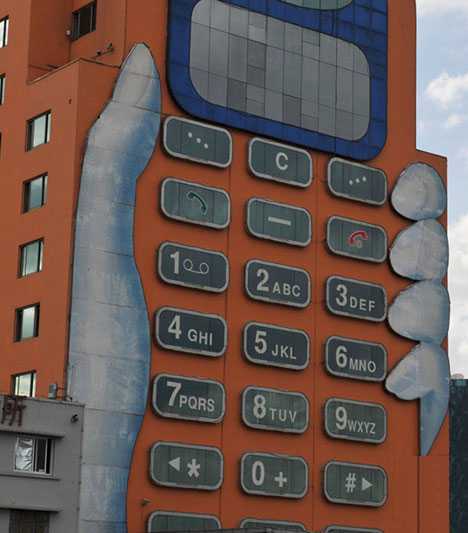 One might call the previously depicted Bic Camera cellphone building in Tokyo many things but “inspirational”? Believe it or not, the visual concept must have impressed unnamed Chinese entrepreneurs so much, they commissioned a version for themselves.

One thing you can’t say about the orange building on Huancheng Road in Kunming, southwestern China, is that it’s not noticeable. It also doesn’t appear to be dedicated to exclusively selling mobile phones, though it is situated in a sprawling mixed-use commercial complex. One supposes you could always call and ask what they do there, though the reply just might be an angry “What do you THINK we do here?!”