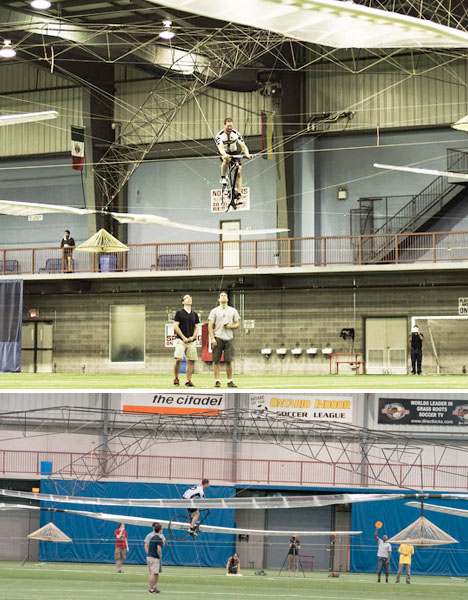 Looking a bit like something Leonardo da Vinci envisioned, a human-powered helicopter by AeroVelo has become the first winner of a 33-year-old aviation prize. The quad-rotor helicopter lifted to an altitude of 3.3 meters, hovering for 64 seconds. This was the first time a human-powered craft has met the requirements of aviation pioneer Igor I Sikorksy’s Human Powered Helicopter Competition, which was first established in 1980. 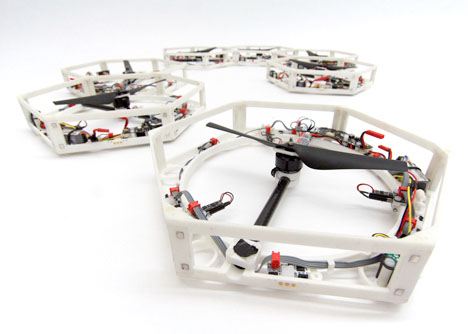 Hexagonal helicopter drone modules can not only link together to form a larger flying machine (on their own), but are capable of self-assembly. The honeycomb-shaped individual modules don’t fly very well on their own, but they’re controlled and efficient as a single unit, exchanging information with each other. It wasn’t designed for a specific purpose, but the researchers responsible for the project say the algorithms used to create them could apply to other projects, like scalable mass transportation systems. 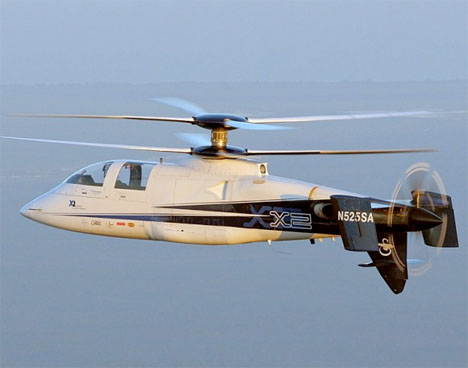 The fastest helicopter yet is the Sikorsky X2, a prototype that officially broke speed records when it clocked over 250 knots (287.69mph) on a test run. The previous record was 216.46 knots. One difference in the design versus more conventional helicopters is its tail rotor, which faces backward like a boat propeller rather than up. This provides additional thrust. 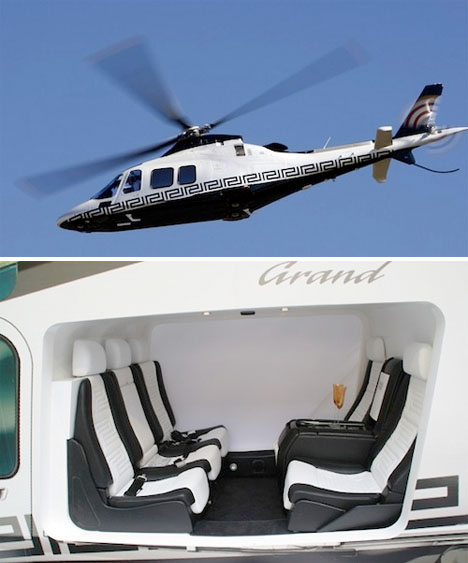 Luxury helicopter designs just for millionaires include the Grand Versace line by AgustaWestland, with a sleek black and white design with a Greek key motif splashed across the side, among other designs in the collaboration. The line debuted in 2007. 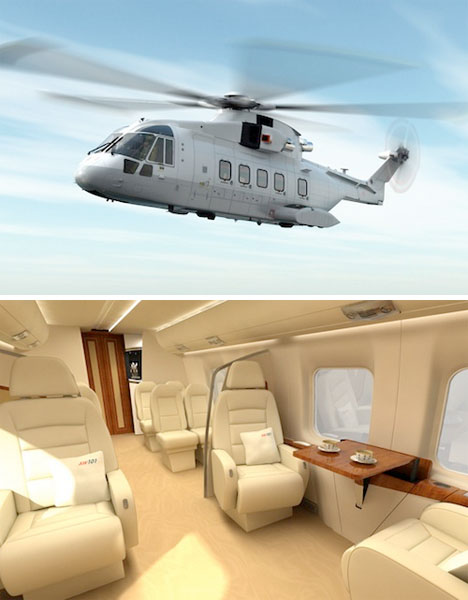 With a cabin as spacious and luxurious as that of a private jet, perhaps it’s no surprise that the AgustaWestland AW101 VVIP helicopter is the world’s most expensive at $21 million. It’s the fanciest helicopter that money can buy, with a top speed of 192 mph and a range of 863 miles. Three of these were supposed to replace the current presidential helicopters, but with the economy the way it is, President Obama decided against the upgrade.