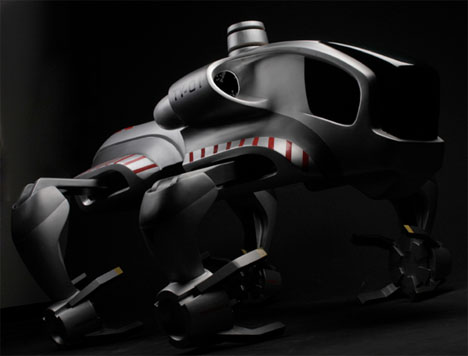 This disaster-specific transport carrier was envisioned by Taiwanese designers to be used in conjunction with a truck to provide fast delivery of resources and quick transport of injured victims in the event of a major catastrophe. The surplus energy generated by the turbine-powered helicopter can be converted into electricity to run the truck. 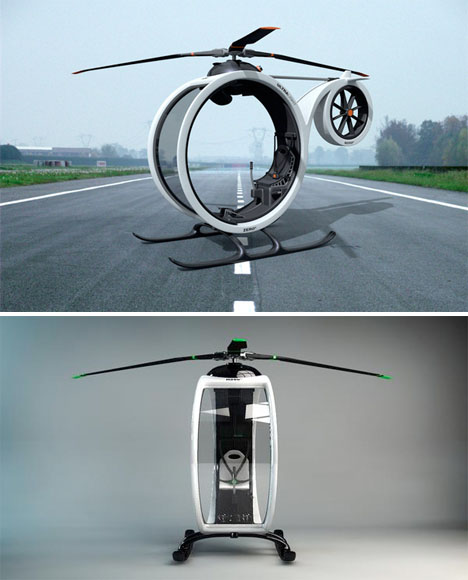 This intriguing concept by Hector del Amo is a minimalist design for one with a circular cockpit. The ultramodern helicopter design is nice and compact, an intriguing basis for personal aircraft of the future. 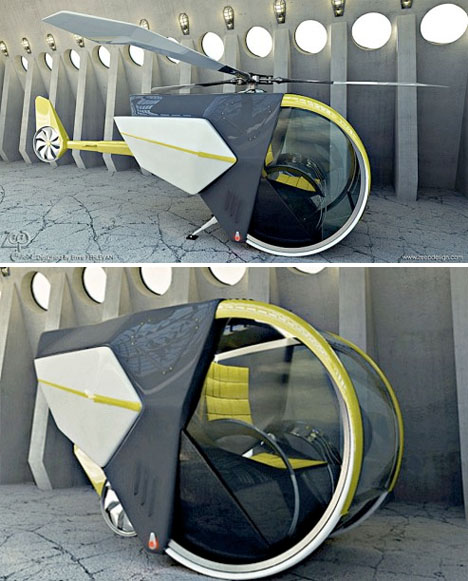 The Transformer HeliCar looks similar to the Zero, and adds a really cool extra function: it transforms from a car to a helicopter and back again for versatility in bad traffic situations. Designed by Emreh Pelevan, the micro helicopter/car has two large wheels on either side with blades that fold up out of the way when in road mode. 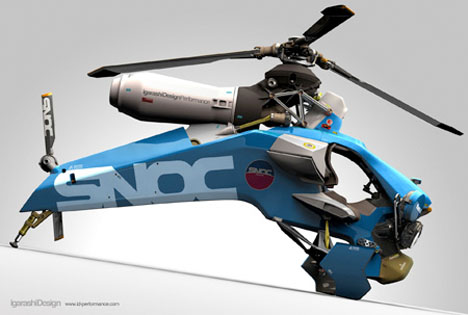 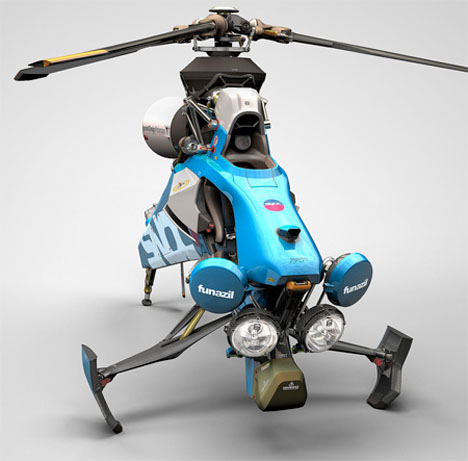 Wouldn’t it be cool if you could own a helicopter that’s not much larger than a motorcycle? That’s the idea behind this single-seater by Igarashi Design. 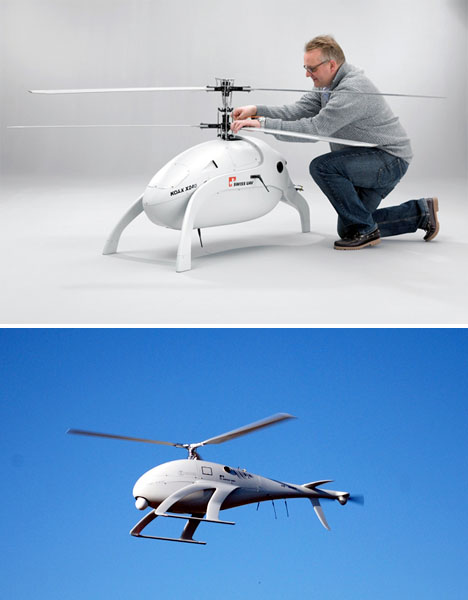 Take aerial photos, deliver packages or just have fun watching this unmanned Swiss helicopter design zoom around in the sky. The design of the NEO S-300 was inspired by the bodies of dolphins, with streamlined bodies and noses strong enough to carry various electronics.