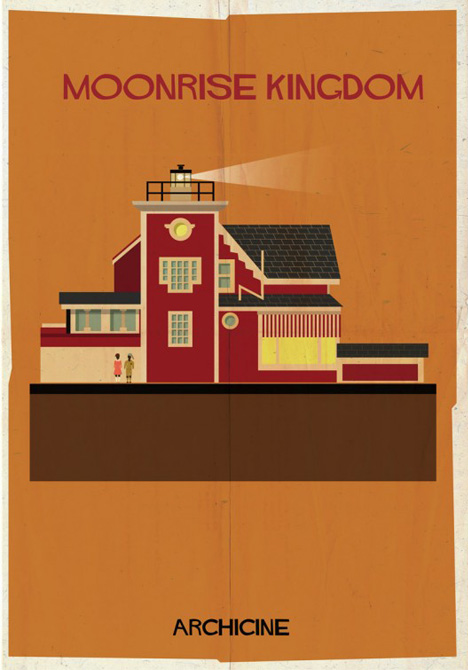 ARCHICINE “is a series of illustrations representing the spatial match between film and architectural space. Scenographies imagined, realized and built to tell stories and characters. The architectural space in the film is not just a background but is transformed as an added protagonist. Movies have the ability to transport us to different worlds and lives and let us live and breathe real or fantastic architecture.” 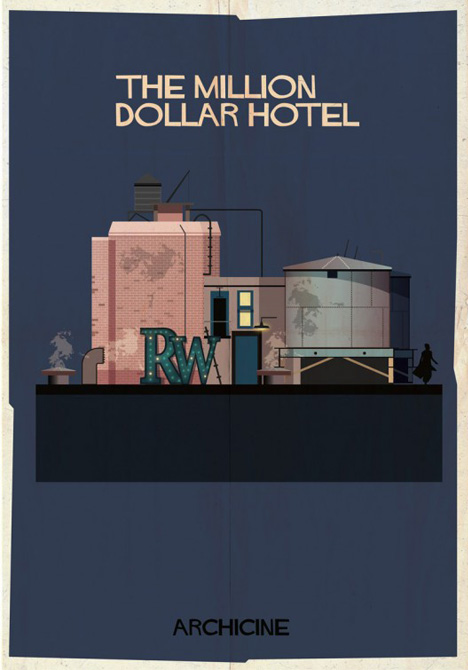 The series spans decades worth cinema and covers over a dozen movies ranging from dark and character-driven dramas to foreign intrigues, lively animations, daring science-fiction films and much in between. 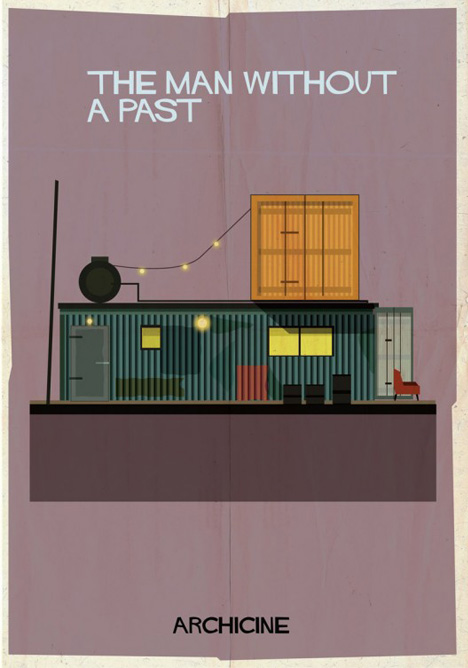 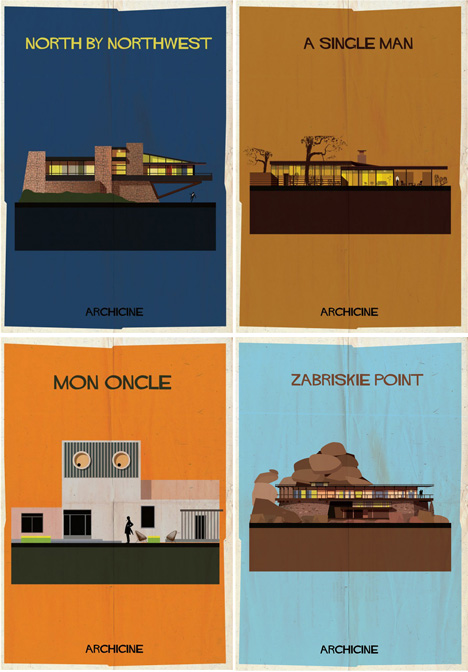 Much like movie posters, some artistic license is taken in terms of the details, for instance, rendered slightly differently to capture the essence (versus perfectly representing) the buildings being featured.