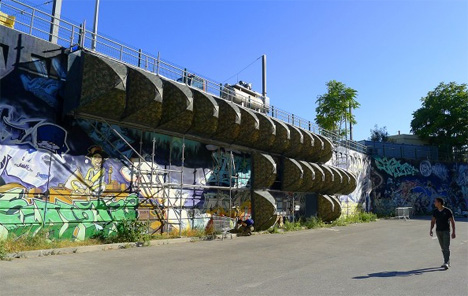 In cities around the world, people are feeling the effects of a weak global economy and homeless populations continue to rise. Taking shelter in cardboard boxes or in isolated tents can be dangerous – not only due to inclement weather, but also for the fear of robbery or violence. 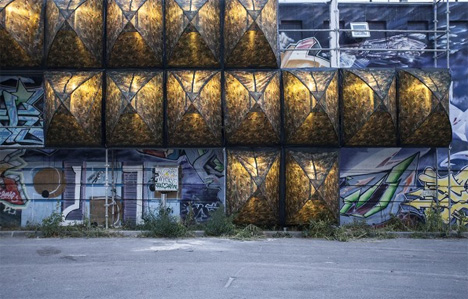 The A-Kamp47 project from Malka Architecture gives the homeless a safe place to sleep. Using a blank vertical expanse of wall, they installed 23 small tent pods. The pods are “parasitic” structures, meaning that they rely on another structure to provide them a place to sit. 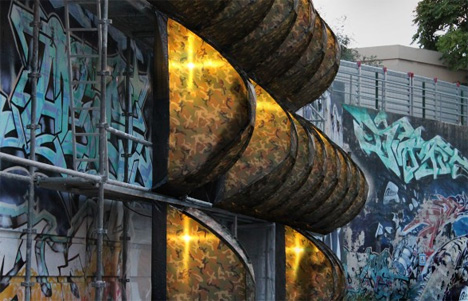 Each tent provides a private space for the city’s homeless. The grouping of tents embodies the old adage “safety in numbers.” Residents can enter their tents via the scaffolding between the wall and the tend pods. 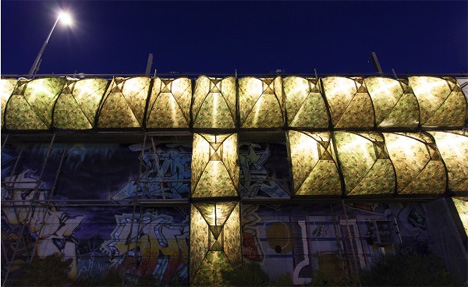 The project is not without controversy; the wall used by the architects exists in a grey area between private and public space. They hope, however, that their efforts will lead to increased awareness of the homeless problem and encourage people to get involved in the cause.