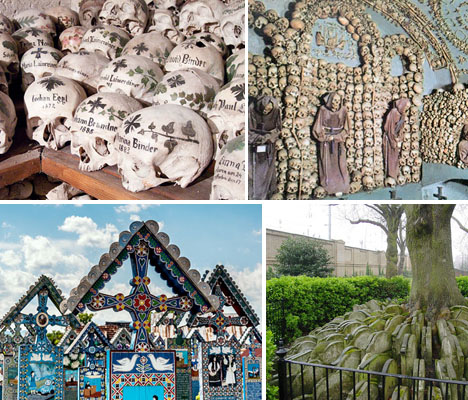 In America we have a seemingly endless succession of near-identical cemeteries, filled with orderly rows of bland stones that tell us nearly nothing about the people buried underfoot. But in other parts of the world, the final resting places of the dead are far more interesting, exotic, decorative and strange. Some tribes of the Pacific bury their babies in trees, while others hang their coffins from cliffs. Solemn ossuaries deep beneath churches in Austria and Italy hold thousands of hand-painted skulls, and colorful cemeteries in Romania tell dirty jokes about loved ones who have passed on. 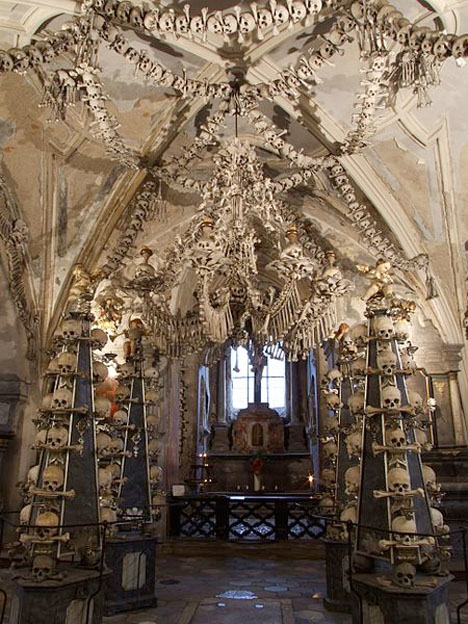 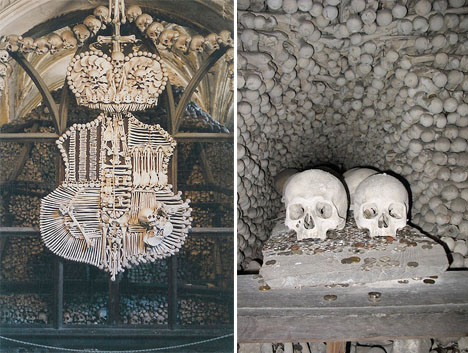 The skeletons of somewhere between 40,000 and 70,000 people are arranged in dazzling decorative patterns all over the walls and ceiling of the Sedlec Ossuary, a small Roman Catholic Chapel in the Czech Republic. Located beneath the Cemetery Church of All Saints, this subterranean ossuary attracts over 200,000 visitors per year who gape and gawk at garlands of skulls, a massive chandelier, ceiling patterns and other designs made of human bones. 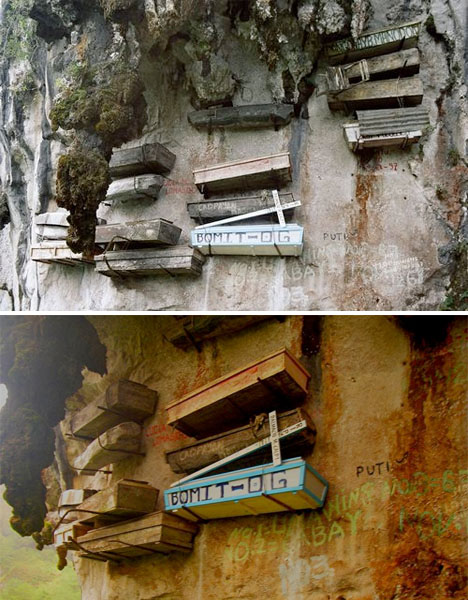 Coffins cling precariously to a cliffside at Sagada, on Luzon Island in the Philippines. Rebar is hammered into the limestone to support the coffins as part of a unique burial ritual; the coffins are typically made of hollowed-out logs. This tradition is thousands of years old, and some of the wooden coffins have begun to decay, providing glimpses of the skulls and other human remains held inside. Some of the coffins are in caves rather than clinging to the cliffs, making them more accessible. Unfortunately, not everyone is respectful of the customs, and there have been problems with tourists taking home bones as souvenirs.

City of the Dead, North Ossetia 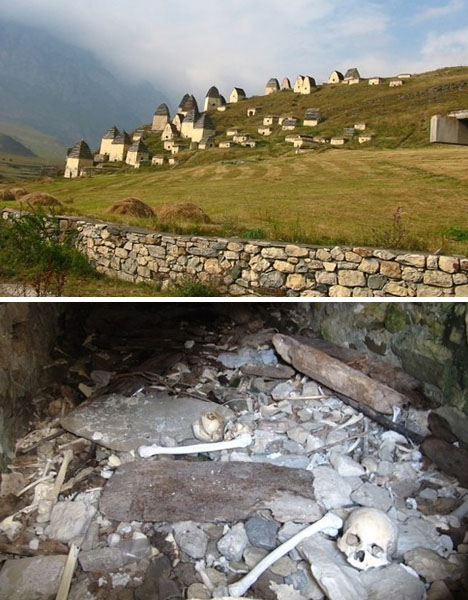 This looks like the remains of a medieval village, with small dwellings grouped together on a grassy hill. But go knocking on the doors, and you won’t find a living soul. That’s because this is the City of the Dead, an ancient cemetery near the village of Dargavs, Russia where residents have been burying their dead for hundreds of years. Legend has it that in the 18th century, a plague infected many of the townspeople. Those who didn’t have family to build quarantine houses for them and care for them simply went to the cemetery and waited to die. 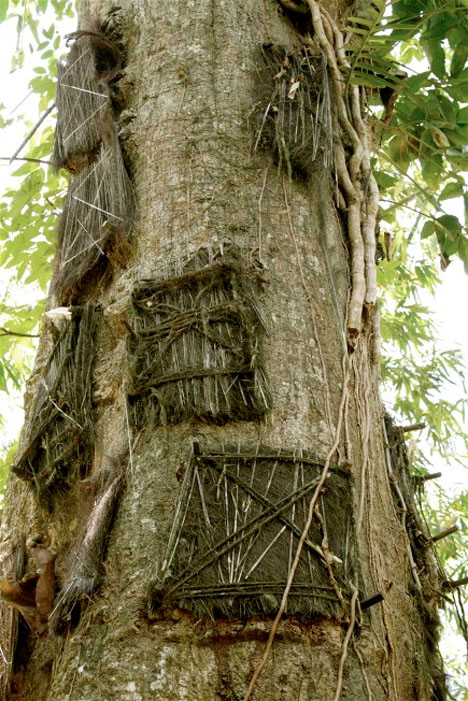 The small thatched doors on this tree in Indonesia are, sadly, not entrances to some kind of mythical fairy land. They’re graves for the babies of the Toraja ethnic group. The Torajans have a number of unusual death rituals, including hanging graves from ricky cliffsides like those in the Philippines. They also have a ritual called Ma’Nene, wherein the bodies of the deceased are exhumed, washed, groomed, dressed in new clothes and paraded around the village before being reburied.