Crypt of the Capuchins, Italy 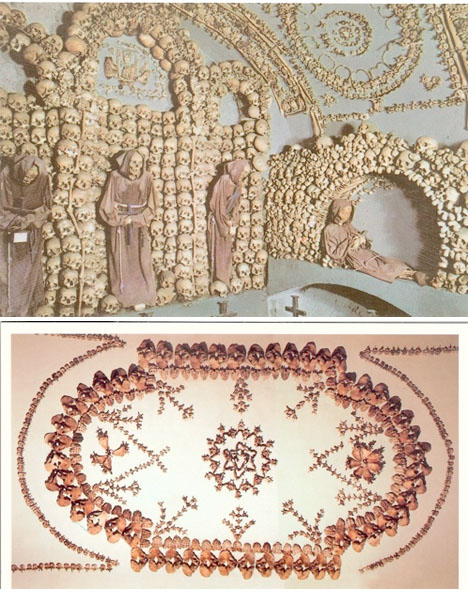 From 1631 through 1870, the Capuchin monks of Rome buried their dead in a hand-dug subterranean space beneath the church of Santa Maria della Concezione die Cappuccini on the Via Veneto. The bones and skulls of 3,700 friars are nailed to the walls and ceilings in intricate patterns. The monks used a similar process to that employed at Hallstatt, burying the dead in the traditional way for a set period of time and then digging up the bones to add them to the collection. 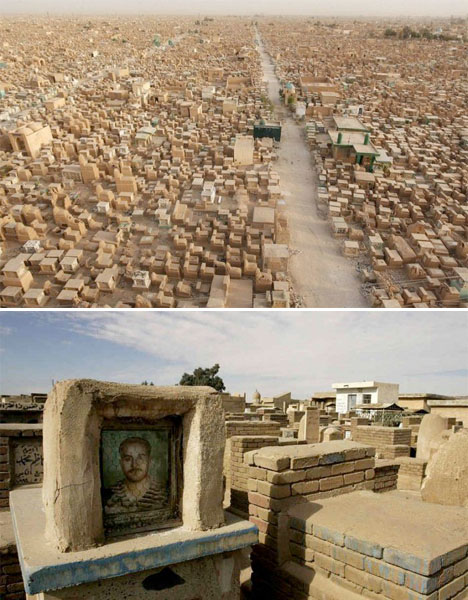 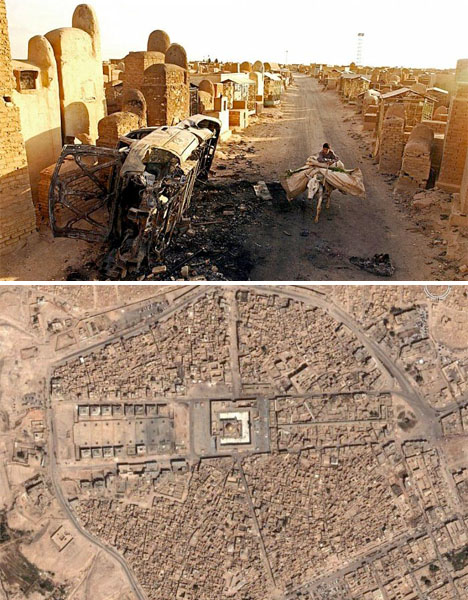 The largest cemetery in the world takes up 2,266 acres in Najaf, Iraq, and holds millions of bodies. In fact, it takes up a whopping thirteen percent of the entire city. Visited by millions of Muslims from all over the world, the cemetery includes graves that date back to ancient times and includes a number of clerics, religious figures, political leaders and other important figures. It is believed that anyone buried here will have a special place in the eyes of God, and clerics buy swaths of land so that anyone, regardless of their religion, background, place of birth or socioeconomic standing, can be buried there if they desire. 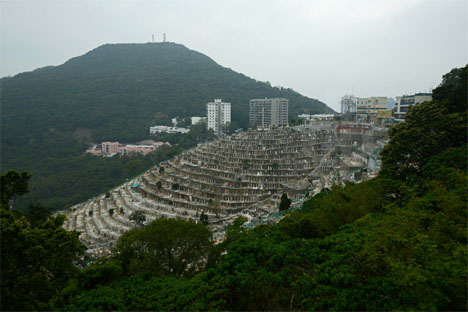 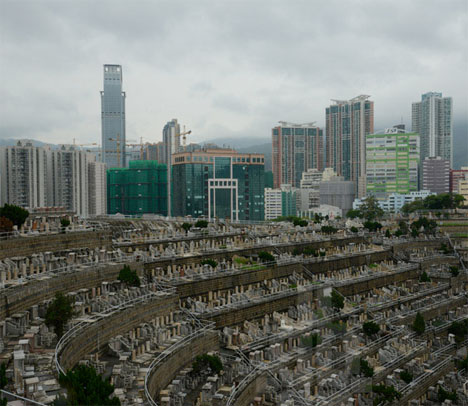 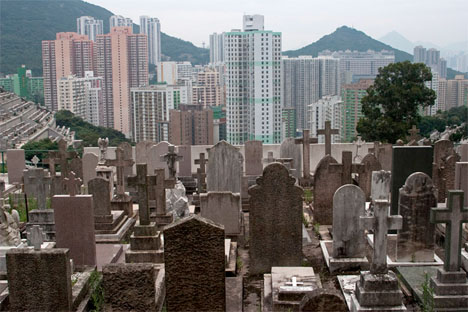 Juxtaposed with the chaos of one of the world’s most heavily populated cities is a metropolis of the dead – amphitheater-like hillside cemeteries with the feel of ancient ruins set against views of the modern skyline. Hong Kong has many of these tiered cemeteries, which were seen as a solution to overcrowding from the 1960s through the 1980s. Finding space for millions of dead each year is still such a problem that the bodies are sometimes stored in high-rise buildings. 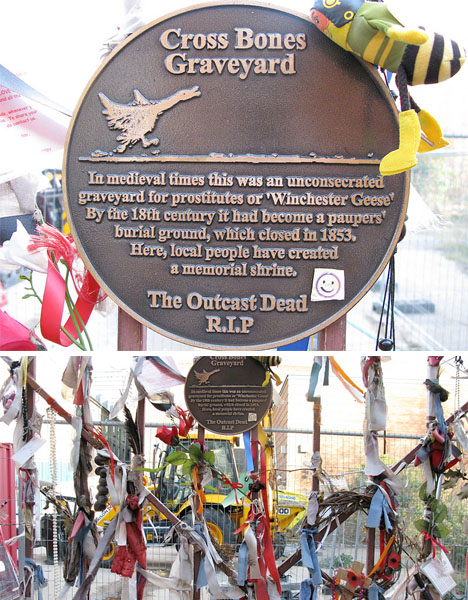 Who are the ‘Outcast Dead?’ In London, where a plaque bearing these words hangs from a gate on a quiet back street, they are the city’s ‘single women’ – a euphemism for prostitutes. From the 12th to the 17th centuries, these women were forbidden the rites of the church upon their death, but they had to go somewhere. A small plot of land far from the parish church was established for their burial, in what was then a cholera-infested slum. Today the gates are somewhat of a shrine, attracting thousands of visitors who decorate them with flowers and ribbons. 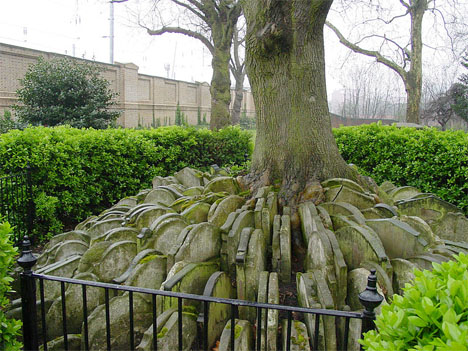 A circle of gravestones seems as if it’s being sucked into the base of an ash tree at London’s St. Pancras Old Church. The gravestones were placed here during a renovation in the 1860s, when bodies had to be exhumed to make way for a rail line. The English novelist and poet Thomas Hardy oversaw this task as an architecture student before moving on to writing full-time, hence the name of the tree. While the coffins were reburied elsewhere, the gravestones were kept in the cemetery out of respect for the dead. It’s believed that arranging them in this decorative pattern was Hardy’s idea.