The Green Gothenburg of the Future 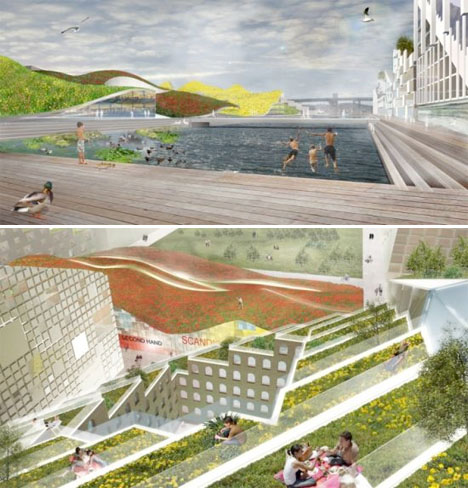 Gothenburg, Sweden could be much greener, especially as envisioned by Kjellgren Kaminsky Architecture. ‘Super Sustainable City’ makes Gothenburg self-sufficient in terms of energy and food, making use of the city’s rooftops to add space for growing crops and installing solar panels and wind mills. Denser housing reduces traffic, and the river becomes a more important avenue for transport. 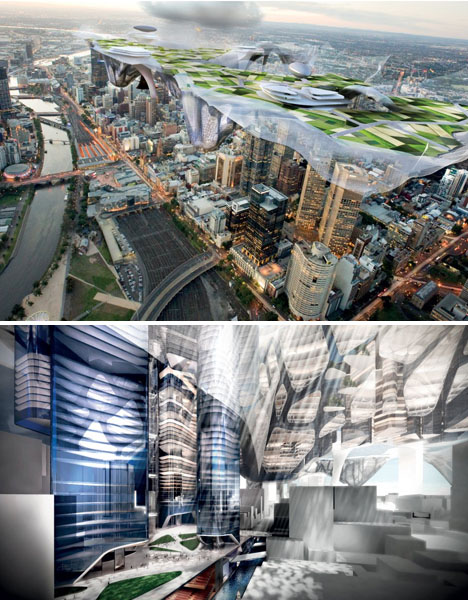 “Melbourne has not grown out, but up and down,” say John Wardle Architects about their concept Multiplicity, which imagines the Australia city as it could be one hundred years from now. “New air and foundation rights within the city grid open completely new narratives. There are now multiple cities, multiple stories within the original street greed. A datum high above has created multiple ground planes and urban topographies including food production, rain harvesting and energy generation.” 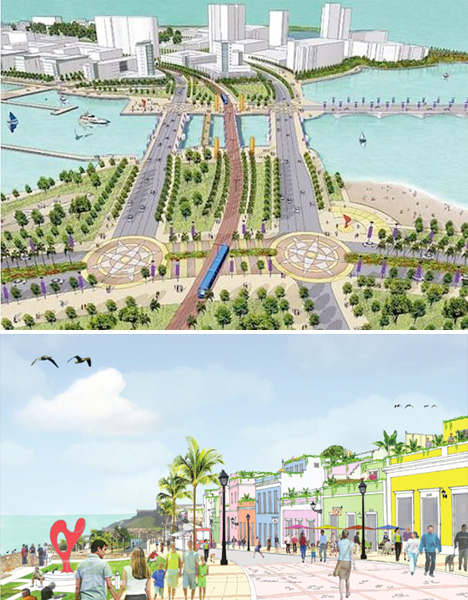 The entire city of San Juan, Puerto Rico is getting a $1.5 billion transformation into a ‘walkable city,’ with a new mass transit system. The biggest (and most controversial) change? No cars allowed within the city, at all. San Juan has suffered from a shrinking population over the past 60 years and officials want to draw in new people with the allure of a totally walkable downtown center where pedestrians never have to worry about dodging cars or breathing in the exhaust of idling vehicles. The city’s beautiful beaches are currently mostly inaccessible due to ports and excessive reliance on cars. 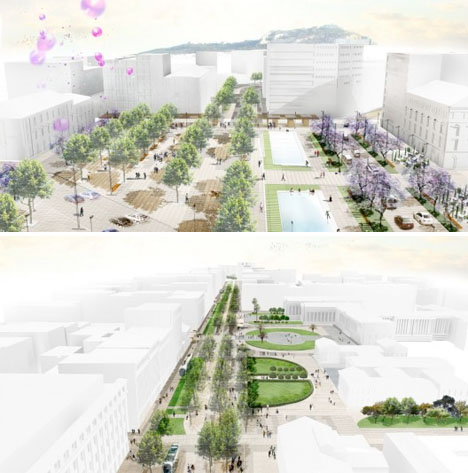 The winning design of the competition ReThink Athens, by OKRA, transforms the heart of the city by making it vibrant, green and accessible by foot traffic rather than vehicles. Green spaces provide shade and shelter and offer heat mitigation, encouraging more outdoor activity. The new green framework also provides a walkable link to all adjacent neighborhoods.