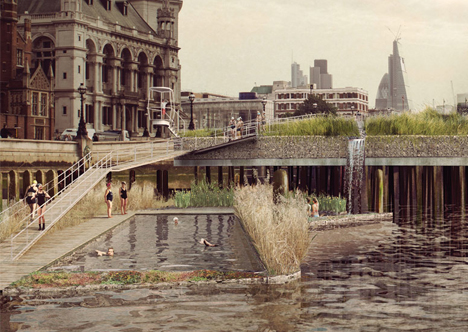 Inspired by planned Super Sewer that will reduce pollution in London’s central waterway by 96%, this audacious design aims to take advantage of a future in which it is finally safe again to swim in the River Thames. Unlike a similar proposal for New York City’s Hudson River (more on that below), this bold plan proposes to use unfiltered river water to fill its swimming holes. 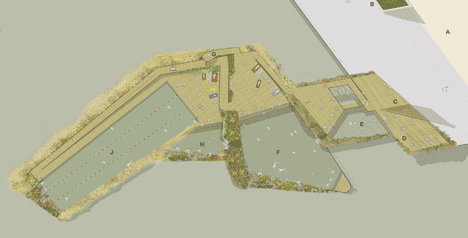 Studio Octopi and their partners at Civic Engineers and Jonathan Cook Landscape Architects ask doubters to imagine the experience of clean swimming right in the heart of the city, with incredible urban views framed by rich regional plant life. 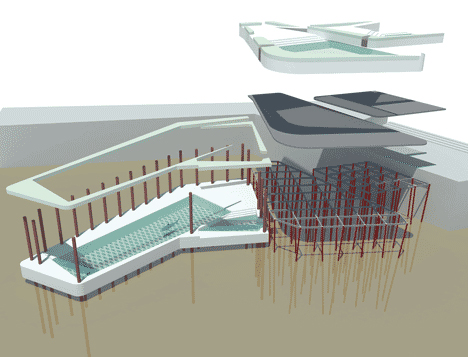 One fixed-in-place pool would be replenished each time the surrounding tides rise over its high water mark (like coastal rock pools). The other would itself lift and lower, floating up and down with the river’s natural highs and lows, thus providing swimmers with a sense of the currents but within a protected space. 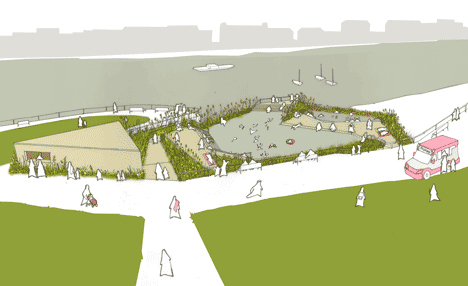 More on the project’s context: “In 1865, Sir Joseph Bazalgette’s London sewage system was opened. 150 years later the sewers are at the limits of their capacity. In 2012, 57 combined sewer overflows discharged 39 million tonnes of sewage into the River Thames. Thames Water is planning the Thames Tideway Tunnel, or ‘Super Sewer’, for completion in 2023.” 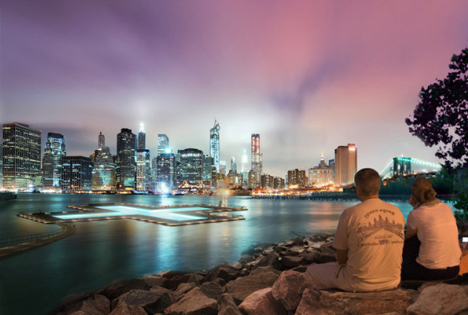 Meanwhile, across the pond in New York, the Plus Pool reached its crowdfunding goal some time ago but is a long way from completion. Though both propose to use water from the rivers they are set in, this one, unlike its British brethren, assumes filters will be essential. 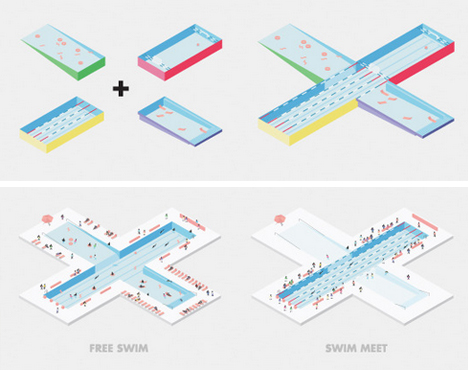 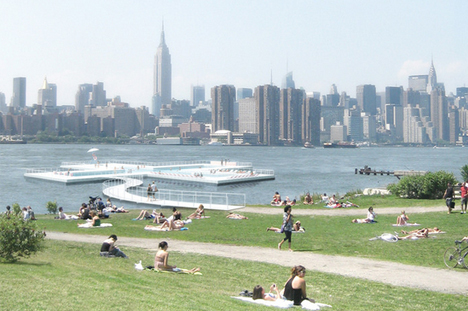 The design is also somewhat more contemporary – the plus shape is clean, modern and separates the pool into four primary zones for different use cases. 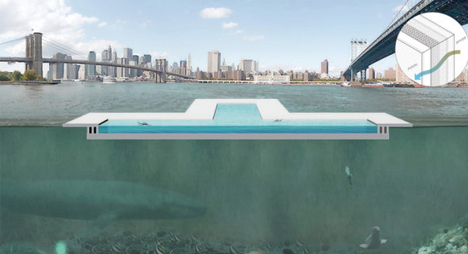 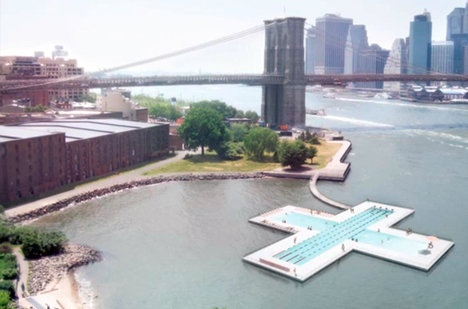 Whether either proposal will be realized remains to be seen, but one thing they may have in common: selling the public has already proven easier than pushing their respective cities into accepting the plans and taking action on them.