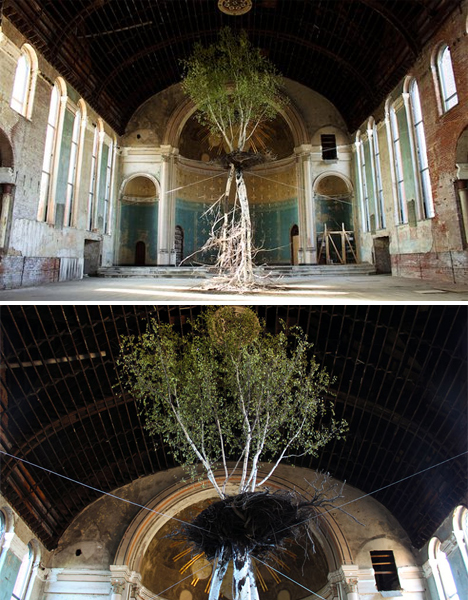 A potent symbol of life and growth hangs within the cavernous interior of an abandoned church, suggesting the possibility for renewal. Japanese artist Shinji Turner-Yamamoto’s ‘Hanging Garden’ was installed at the Holy Cross Church in Cincinnati, Ohio as part of a global tour of installation work aiming to spark a relationship between mankind and nature. The live tree was replanted beside the church after the display. 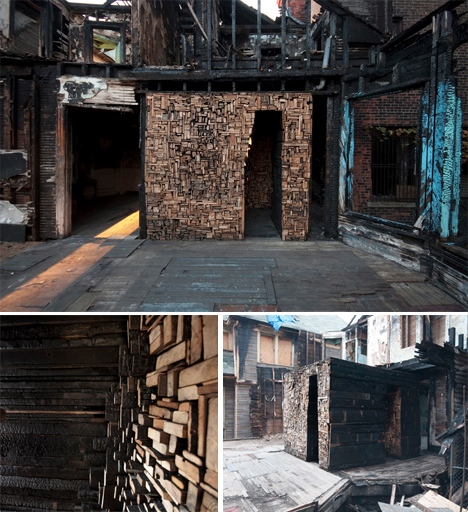 A Detroit house destroyed by fire has been altered even further, the wood spared by the flames cut and rearranged. Rtist Catie Newell says “Framed by the setting and pace of demolition, Salvaged Landscape appropriates the charred wood from an arsoned house to create spatial adjustments which uncover the material qualities reliant on flame to exist. Amidst a purposeful tear-down, the project responds to the new textures, spaces, and light effects that resulted both from the fire and demolition.” 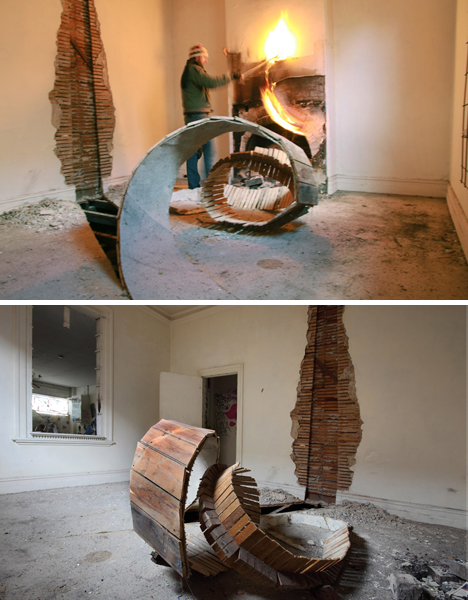 An architect, developer and art collector purchased a lot of two abandoned buildings with the intention of turning them into an apartment complex – but not before he could turn them into a work of art. Charles Justin handed over the deteriorating structures to three artists and allowed them to create what they liked for a temporary installation entitled ‘FALLOW.’ Artist Robbie Rowlands sliced out sections of the walls and floors and re-assembled the parts to make it seem as if they’d been cut with a giant peeler.

Mirrored House on the Water 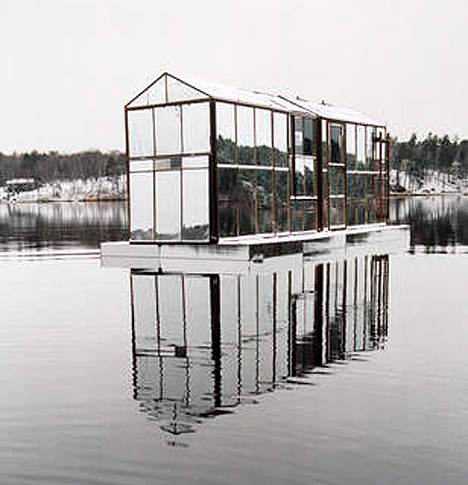 Brooklyn artist Rob Fischer reclaimed parts of abandoned houses and mirrors from junkyards for this reflective floating project, Mirrored House on the Water. Fischer’s large-scale works aim to integrate the past with the present.