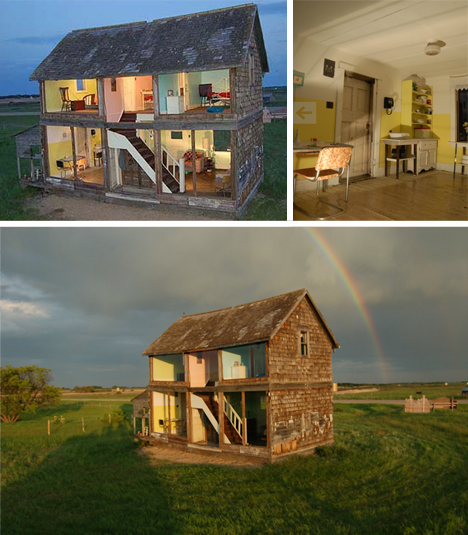 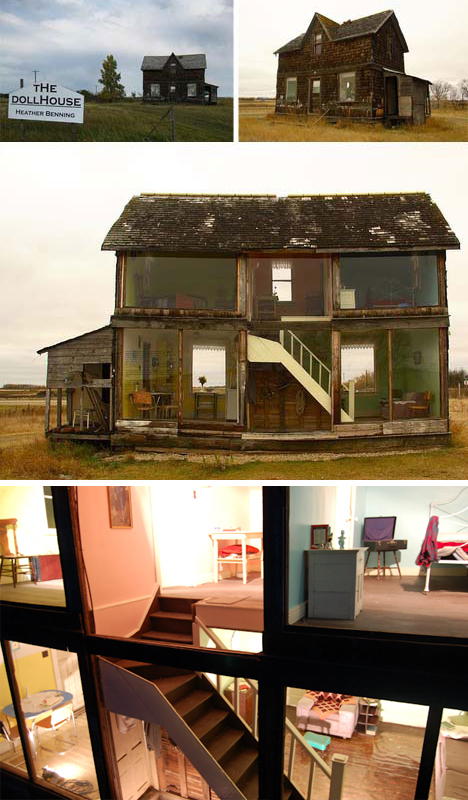 A dilapidated farmhouse in Saskatchewan became the world’s largest dollhouse with a colorful and creative intervention by Canadian artist Heather Benning. The transformation required re-shingling the roof, plastering many of the rooms, and strengthening parts of the frame – all to rip off one facade and open it up, dollhouse-style. Bright colors and idealized little groupings of furniture complete the effect, which is juxtaposed with the ruinous appearance of the home’s exterior.

Towers Made from an Abandoned Factory 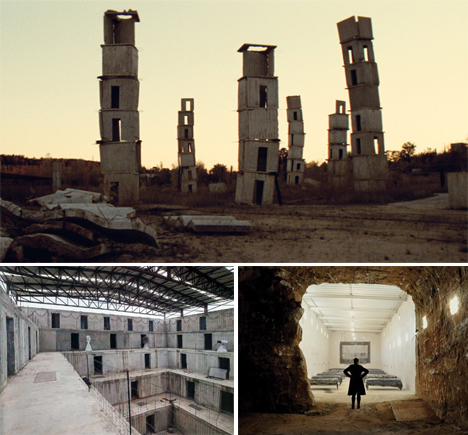 German painter and sculptor Anselm Kiefer spent over ten years converting an abandoned factory in Barjac, France into a vast art installation. NPR describes the results as “something resembling post-apocalyptic ruins,” the large complex including not just architectural structures but also a labyrinth of tunnels. Each building contains paintings and sculptures created to interact with the light that comes streaming in through the broken walls and windows. 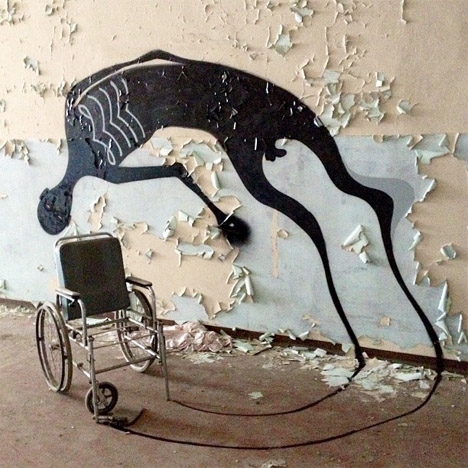 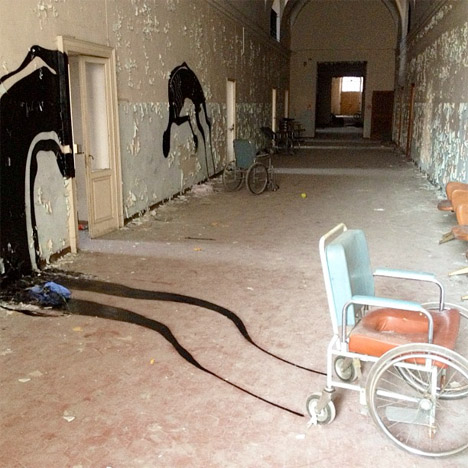 The dark, eerie atmosphere of abandoned places has been captured in visual form by Brazilian artist Herbert Baglione, whose series ‘1000 Shadows‘ has made the atmosphere in a ruined psychiatric hospital in Parma, Italy even more haunting. Baglione paints ghostlike black and gray silhouettes onto the walls and floors of the hospital, the figures seeming to emanate from wheelchairs, suggesting the spirits of those who spent time there. 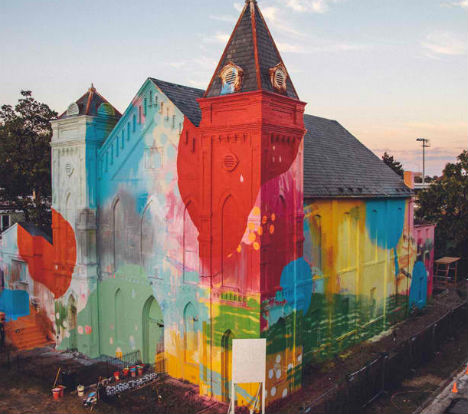 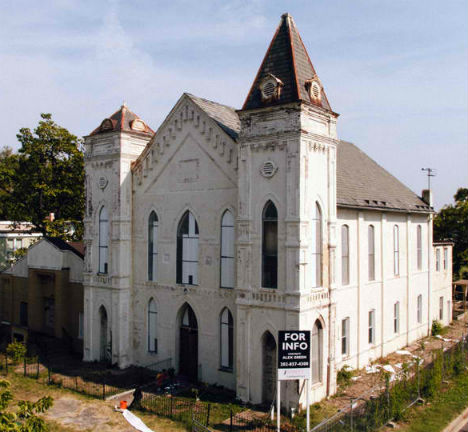 An abandoned church in a downtrodden area of Washington, D.C. got a vivid makeover, now standing as a monument to the neighborhood’s possible future as the next trendy arts district. Street artist HENSE turned the former Friendship Baptist Church into one big abstract mural in every color of the rainbow.