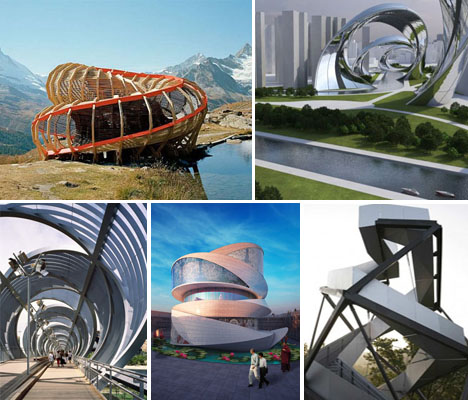 Ubiquitous in nature and mathematics, spirals are beautiful to look at and provide a structure that’s strong and stable, so it’s no surprise that they turn up so often in architecture, too. Spiraling forms offer uninterrupted panoramas on observation towers, remove the obstacles of walls and floors in a creative interior, and enable unusual stacked configurations of living spaces in skyscrapers. 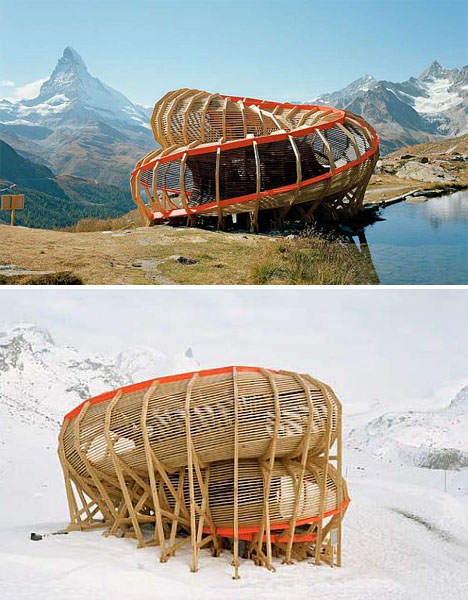 The spiraling viewing platform in Zermatt, Switzerland by Alice Studio fuses beautiful design with a function that enables uninterrupted panoramas of the surrounding landscape. It was constructed by a group of students from the Ecole Polytechnique Fédérale de Lausanne (EPFL) and is made up of 24 wooden frames, with a tubular path offering a continuous 720-degree route to the top. 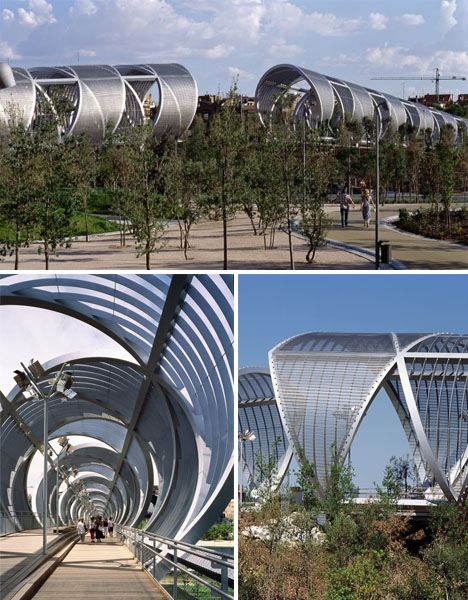 A spiraling footbridge in Madrid’s Parque de la Arganzuela by Dominique Perrault Architecture links neighborhoods on the right and left banks of the Manzanares River, opening up in the center to allow access to a new urban green space. Built for both pedestrians and cyclists, the bridge is made up of two interlocking metal spirals ‘wrapped by a metallic ribbon.’ 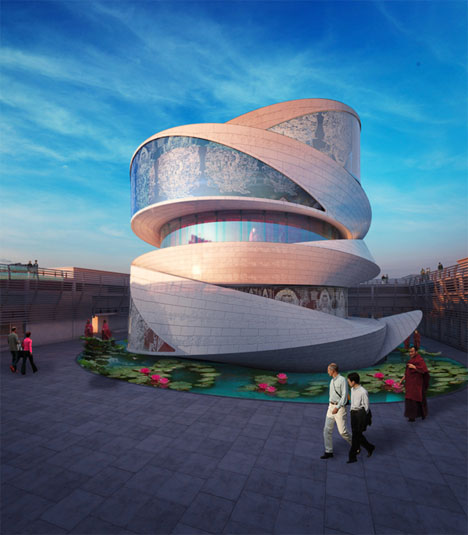 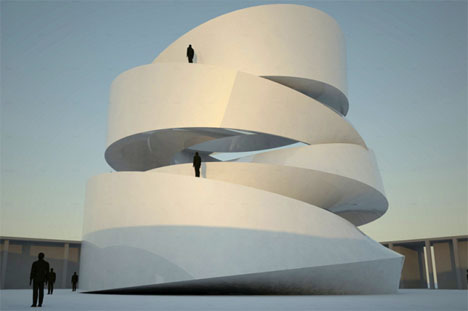 Based on a mobius strip, this Buddhist temple in Taichang, China integrates visual symbolism representing reincarnation with the basic design of the architecture interpreted as a path. Digital design and fabrication techniques enabled a building in which the entire shape is made up of two intertwined spirals, an ‘unstable’ configuration that places the beginning and ending of the worshipper’s path at the same point. 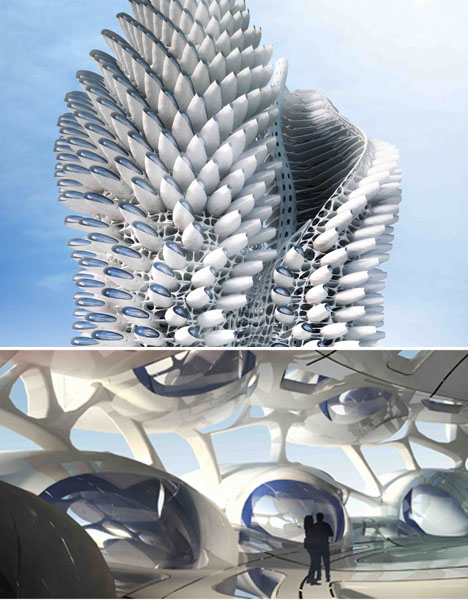 Envisioned as an ‘urban ecological system,’ Mangal City is a concept that explores spiraling towers made up of individual pods. taking its design cues from systems in nature, such as mangrove roots. Of the project, Chimera says “The mangrove plant and its collective the mangal, provide examples of social associative principles as well as structural capacities and hybrid responses to environmental and contextual conditions.”