When thoroughfares are subtracted from city grids, subsequent urban infill is shaped by the voids of these former roadways, streetcar or rail paths, standing out like architectural scar tissue when viewed from above. The effect is all the more pronounced when the disappeared passageways cut at odd angles through city blocks, forcing particularly odd-shaped ‘scarchitecture’ to follow. 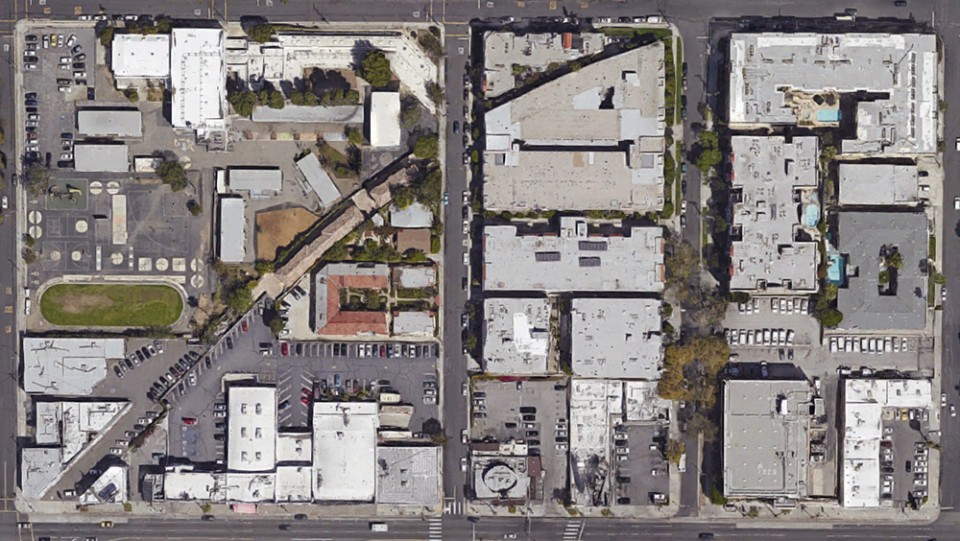 When architectural writer Geoff Manaugh came across this phenomena in the streets of Los Angeles, readers rapidly began sending in examples from other cities. Some are surprisingly complex and counterintuitive, like the half-circle seen below (if you look closely) that seems to arbitrarily slice across multiple city blocks. 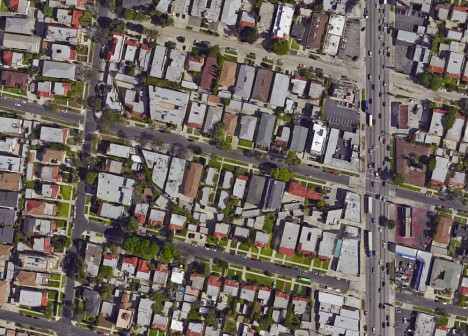 Manaugh’s fascination is infectious: “The notion that every city has these deeper wounds and removals that nonetheless never disappear is just incredible to me. You cut something out—and it becomes a building a generation later. You remove an entire street—and it becomes someone’s living room.”

Perhaps most remarkable of all: many of these scarchitectural expressions frequently go largely unnoticed on the ground level. Most, however, emerge immediately as visual patterns when seen from aerial vantage points, their persistently unconventional orientations going against the grain of gridded streets surrounding them. 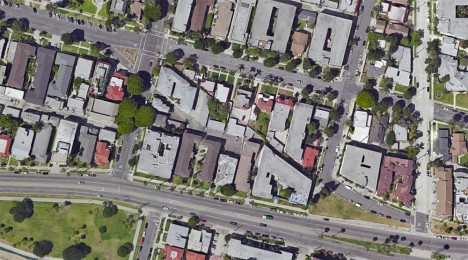 Small buildings can completely conform to the unusual geometries these ‘ghost streets’ trace; some sides of other structures, reconfigured paths and even parking space orientations may also follow these uncanny trajectories, in part or in whole, as if aligning to secular ‘ley lines’ of invisible force. Next time you are using Google Maps, pan around your own neighborhood and you could find evidence of scarchitecture, perhaps cutting right through your own backyard.