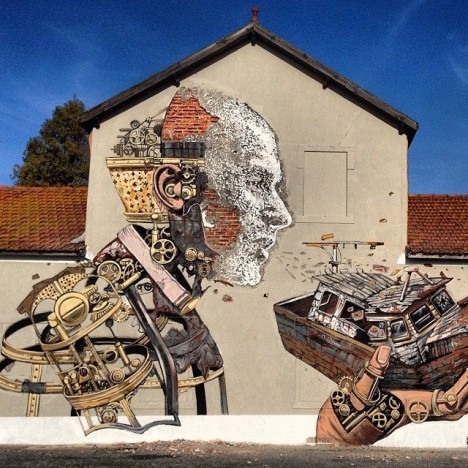 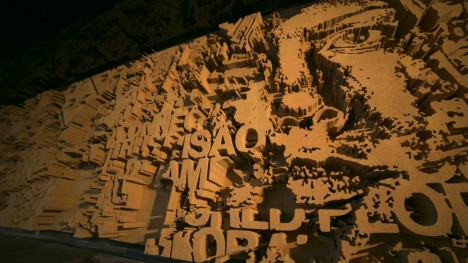 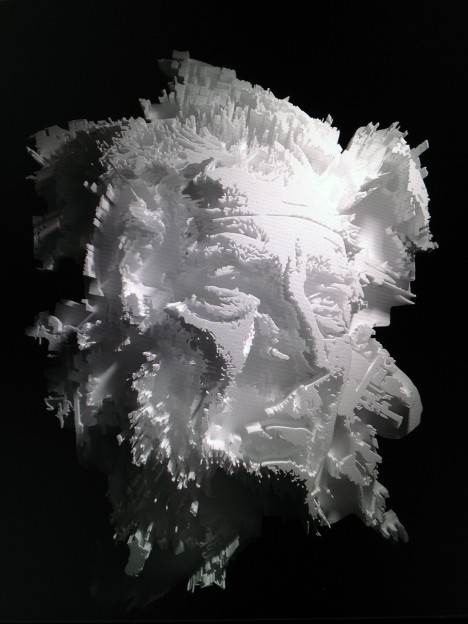 Over the years, since starting as a graffiti artist over a decade ago, Vhils has worked with wood, metal, paper, cork, styrofoam and more, all following a theme of subtraction and layering but with vastly different and evolving results. 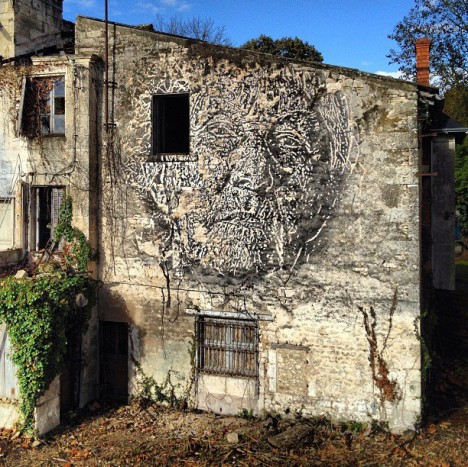 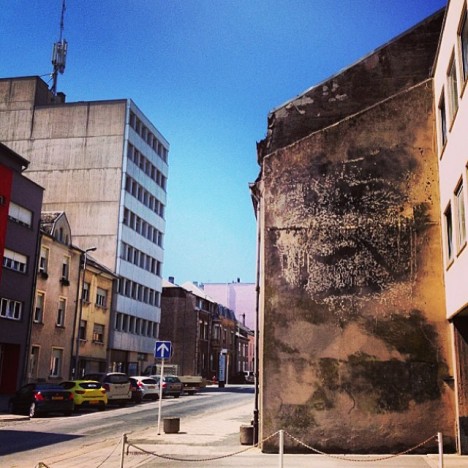 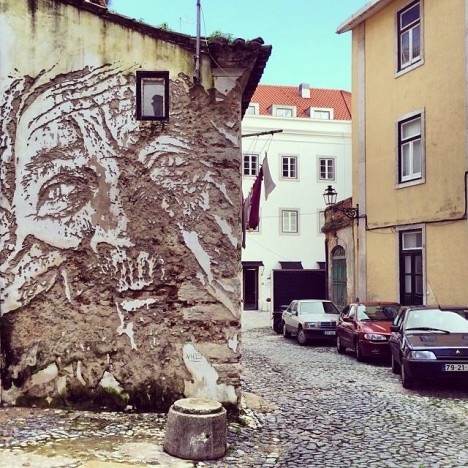 From his biography: “Vhils grew up in Seixal, an industrialized suburb across the river from Lisbon, the capital of Portugal and was particularly influenced by the transformations brought on by the intensive urban development the country underwent in the 1980s and 1990s.” 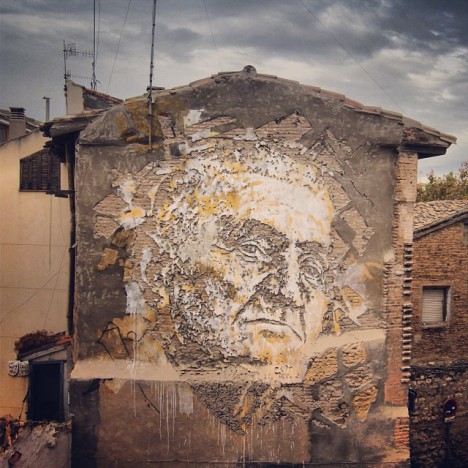 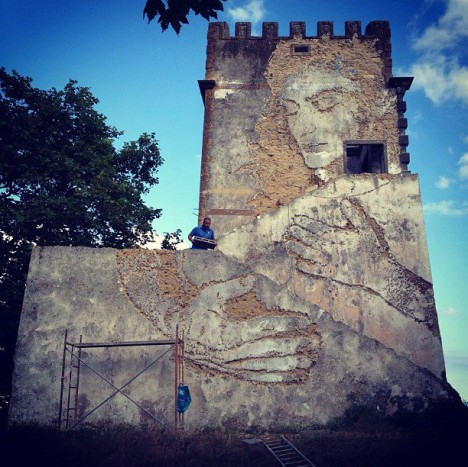 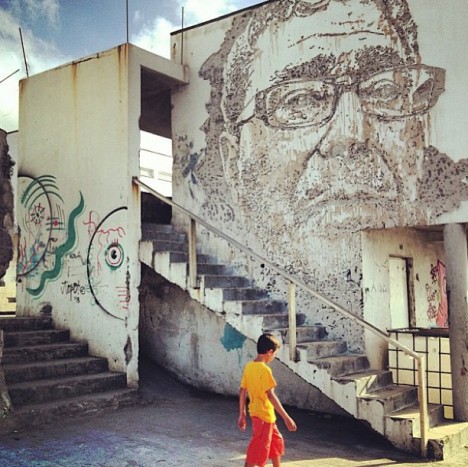 “An avid experimentalist, he has been developing his notion of the aesthetics of vandalism in a plurality of media – from stencil painting to wall carving, from pyrotechnic explosions to 3D modelling – which have enabled him to expand the boundaries of visual expression.”