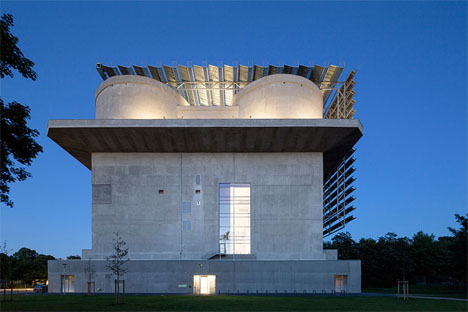 The words ‘Nazi power’ have taken on a new meaning in Hamburg, Germany as an abandoned bunker formerly equipped with anti-aircraft turrets has been transformed for a surprising new use. The Hamburg-Wilhelmsburg flak bunker helped shield city residents from aerial attacks for four years during World War II and was abandoned for decades until its conversion by IBA-Hamburg into a renewable energy power plant and memorial in one. 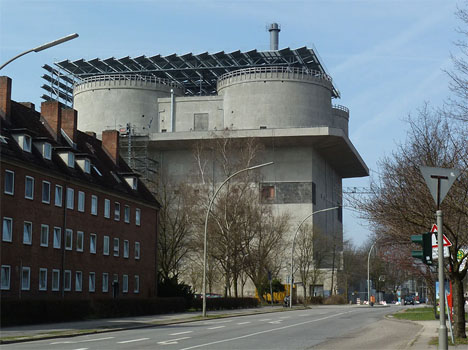 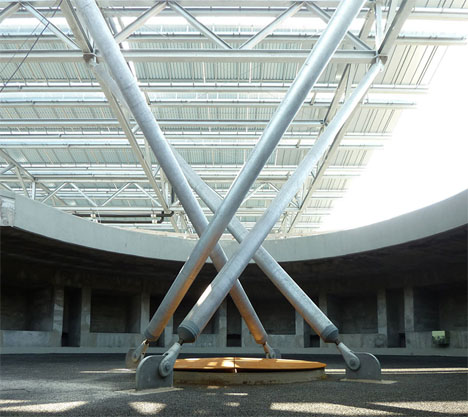 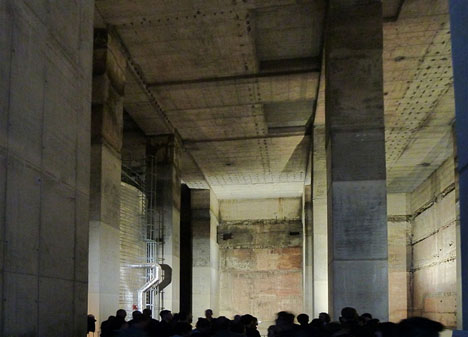 The fortress now meets the heating demands of 3,000 local households using 85% renewable energy including a biomethane-fired heat and power plant and a solar array on the roof that heats a 2-million-liter water tank for dwellings in the Weltquartier district. 30 meters above the ground, a cafe has opened for business inside one of the aircraft turrets. 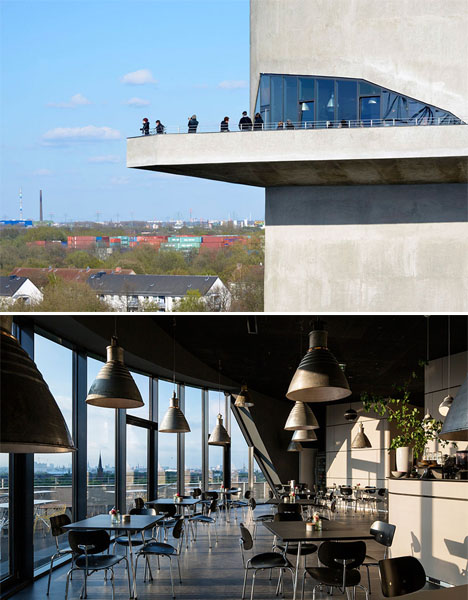 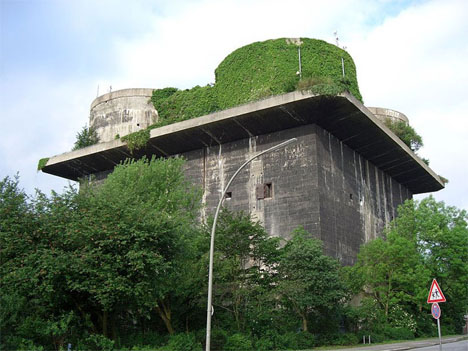 The conversion project stands as both a symbol for the ‘Renewable Wilhelmsburg’ Climate Protection Concept, which aims to incorporate sustainability into urban planning, and a historic attraction. Before it was restored, the bunker was stained and shrouded in ivy.