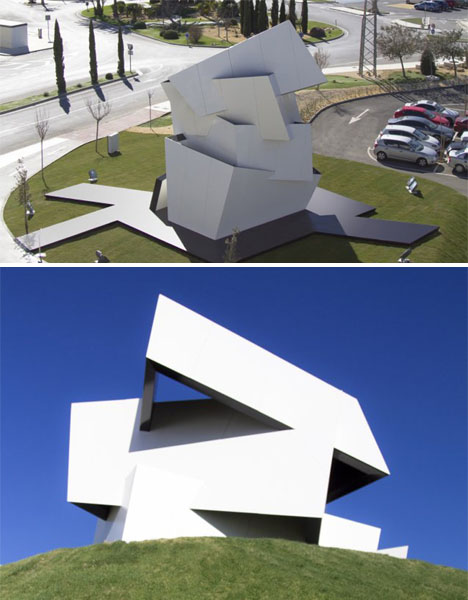 ‘Beyond the Wall’ is a sculptural installation representing the infinite possibilities of a spiral, located outside the world headquarters of the Cosentino Group in Almeria, Spain. Studio Daniel Libeskind designed the volume as a non-repeating pattern that ‘creates a mathematical mosaic’ in the shape of a polycentric spiral. 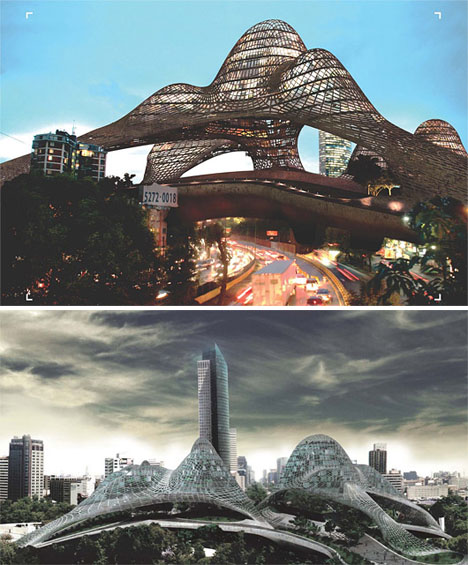 This proposal for a national competition to design a memorial commemorating the Bicentennial of Mexican Independence was made to lose. In fact, designers Michel Rojkind, Alejandro Hernandez and Arturo Ortiz intentionally gave their submission a dystopian feel to protest what they saw as a waste of intellectual and economic resources on an archaic project. The drawings for the fractal arch design include depictions of class inequality and inevitable problems like traffic congestion and informal vendors. “What are we going to celebrate? That the streets in the city are a chaos? That has been years since the last time there was a competition to do social housing in Mexico? That the people takes 3 hours to get to work? That the governors and political class, aiming to be remembered propose a project that will cost millions of pesos to execute it in a ridiculous time and closing Reforma and Circuito Interior (2 of the main avenues in Mexico City)?” Rojkind asks.

Stockholm Library of the Future 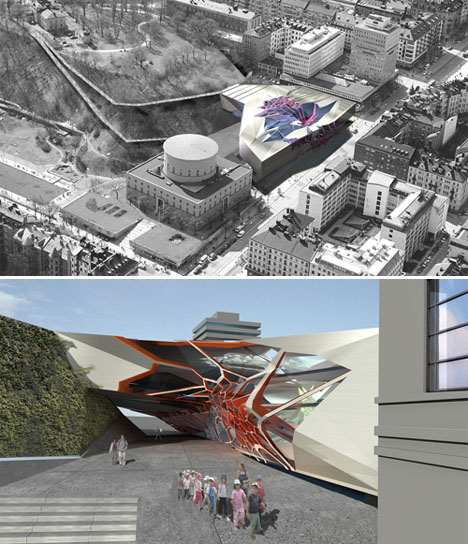 Mathematical patterns provide the striking focal point of ‘the library of the future,’ a design for a new Stockholm City Library by Emergent Architecture. Primary Tom Wiscombe says the design is “a linking mechanism at the urban scale” to network disciplines and people in an urban setting. The design is cellular in nature. Says the architect, “Cells are understood in terms of their interactivity in aggregate form, and their potentials for generating emergent structural and organizational effects. Cells vary in scale, thickness, and density, adapting toward performance and materiality without breaking their smooth formal gradient. A Voronoi algorithm was used in combination with hands-on manipulation of the patterns in order to produce variability.” 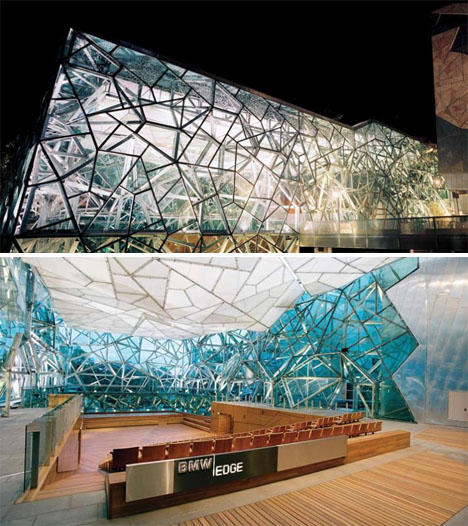 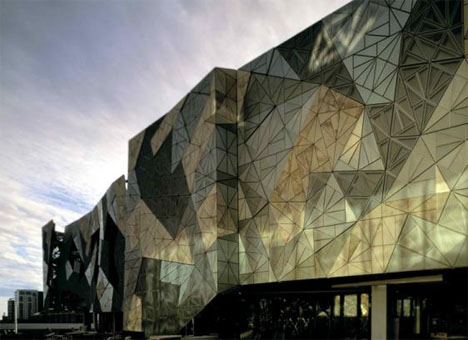 Three parametric structures make up a new (and somewhat controversial) mixed-use complex in Melbourne’s Federation Square. Designed by LAB Architecture and Bates Smart, each structure is highly complex and offers a literal sharp contrast to the adjacent historic architecture. The non-classical geometries that make up each distinct building are based on concepts of fields of force and focus. 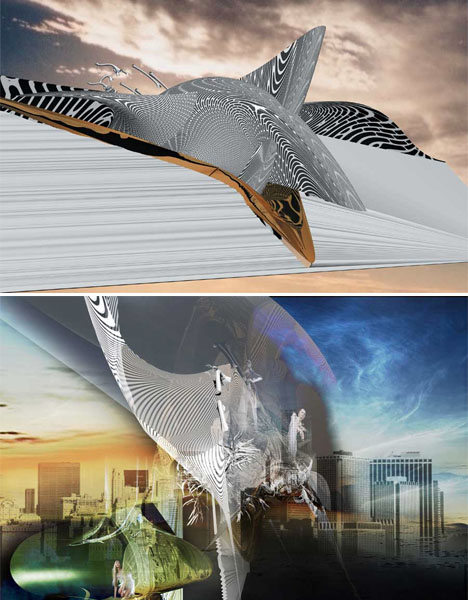 Envisioned for the edge of a pier in Manhattan’s Battery Park, ‘Fractal Geometry Tower’ by Margot Krasojevic is designed to reflect light in such a way that your’e not entirely sure whether it’s just an optical illusion, using both “physical hyperbolic geometries and their fractal reflections.” The designer explains, “With regard to the Tower, the perceived space is translated and continually morphed as a result of the surface renderings and reflections, whose boundaries and physical transitions are non-static, thus creating a dynamic series of dimensions. The reflecting surfaces have a Hausdorff dimension greater than its topological dimension, with the aim of presenting an infinite number of geometric iterations of an infinite length while the area remains finite. The surface reflections, however, are too irregular to be easily described using a traditional Euclidean geometric language. Both these criteria are characteristics of fractal as a complex geometric object.”