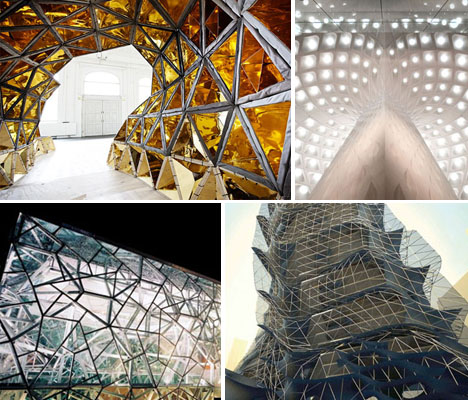 Mathematics are more integral to architecture than ever before, and as the methods of designing structures grow more complex, so do the calculations. As these fractal and parametric designs – both built and fantasy – prove, the only limit to architecture based on mathematical algorithms are those of physics and materials, and with the advent of 3D printing and other advanced construction techniques, the world of amazingly complex architecture just keeps getting bigger and bigger. 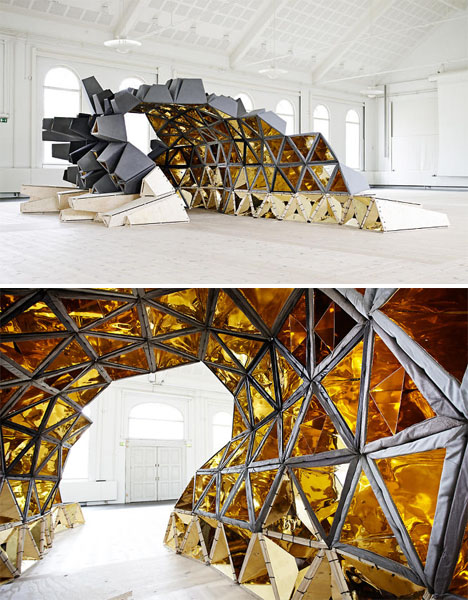 Built for Copenhagen Distortion, a summer festival that draws thousands into the city’s streets and clubs for all-night dance parties, this mobile parametric pavilion aims to “give architectural expression to this Dionysian experience.” Designed and built by experimental technology and acoustics programs from three universities, the pavilion rotates and moves like a piece of fabric despite the fact that it’s made up of 151 hinged plywood triangles finished in a reflective copper. 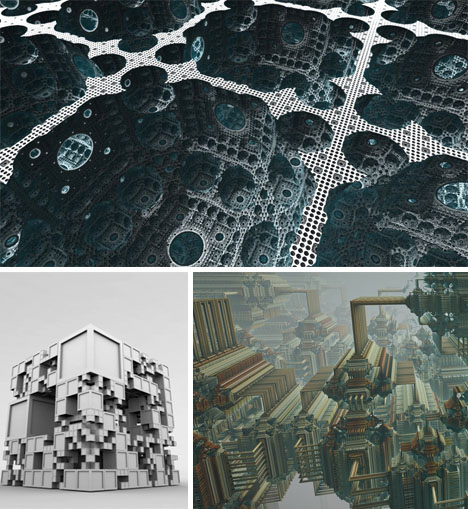 Tom Beddard’s fantasy architecture is far from realistic; instead, it’s an exploration of just how complex structures derived from algorithms can get and still be recognizable as potential human habitations and cities. Beddard makes some of the scrips he uses to create his works available on his website. Says the artist, “For me the creative process is writing my own software and scripts to explore the resulting output in an interactive manner. The best outcomes are often the least expected!” 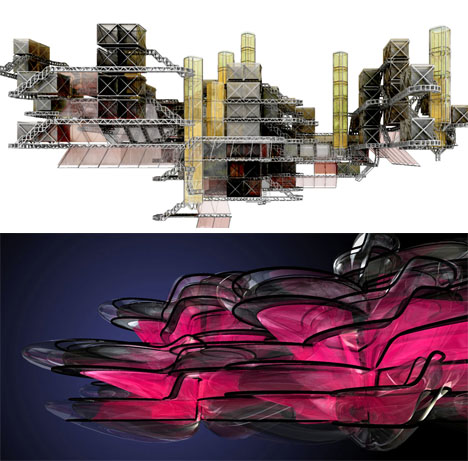 “For centuries architects have been inspired by nature’s forms and geometries,” says Michael Hansmeyer, a designer who produced the world’s first 3D-printed room as well as some amazingly complex fractal columns. “It is only in the past decade that much of the underlying logic, mathematics and chemistry of nature’s forms has been better understood. In the late 1960’s, the biologist Aristid Lindenmayer proposed a string-rewriting algorithm that can model simplified plants and their growth processes with an astounding ease. This theory is now known as L-Systems. This project examines whether this algorithm can open up possibilities in the field of architecture.” See more L-Systems in architecture at Hansmeyer’s website. 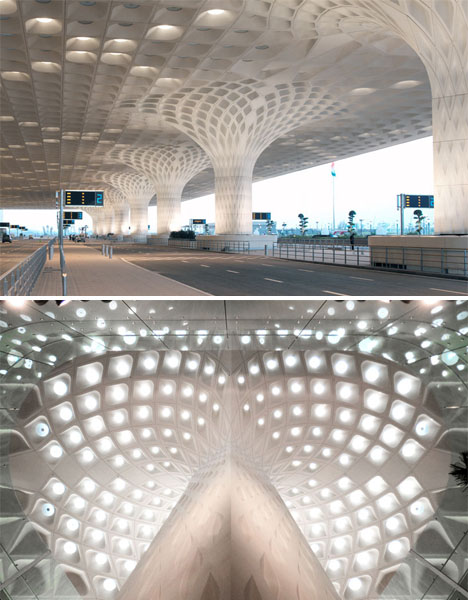 A fractal roof canopy tops off a terminal at Mumbai’s Chatrapati Shivaji International Airport, modernizing a complex that accommodates 40 million travelers every year. The design visually references the form of vernacular Indian pavilions with thirty mushrooming columns. The kaleidoscopic canopy extends across the arrivals roadway and is embedded with small disks of colorful glass to catch the light. 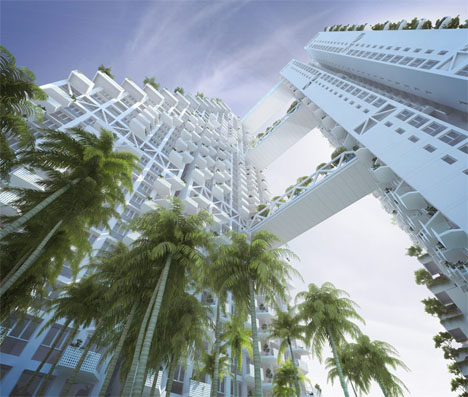 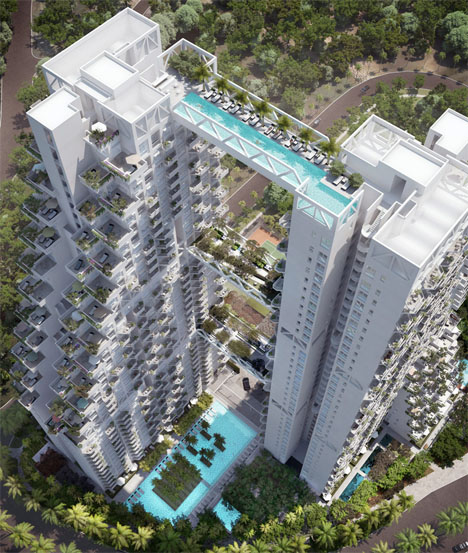 This fractal design by Moshe Safdie makes the absolute most of a small land footprint with a high-density 38-story sky habitat integrating stepped balconies that democratize views and private outdoor space. Envisioned for Singapore, the tower is porous to light and air to maximize air movement in the tropical climate, and features a series of sky bridges containing parks and swimming pools.