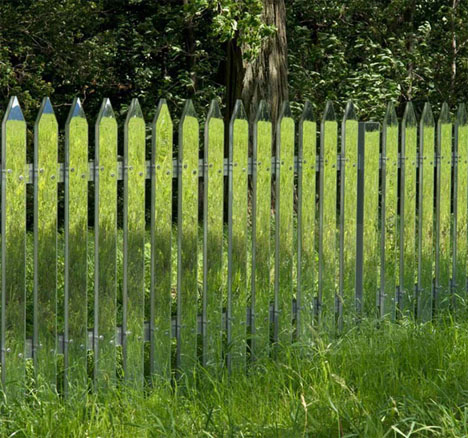 Mirrors typically represent a way of facing reality, but depending on where they’re placed, they can bend it to the point of surreality instead. Take, for example, this invisible fence, a striking illusion installed at the Storm King Arts Center by artist Alyson Shotz. Driving past it, you likely wouldn’t even notice it was there, though your eye might be caught by unusual glimmers – tricks of the light. 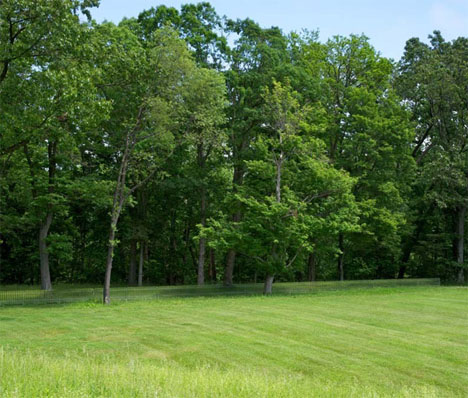 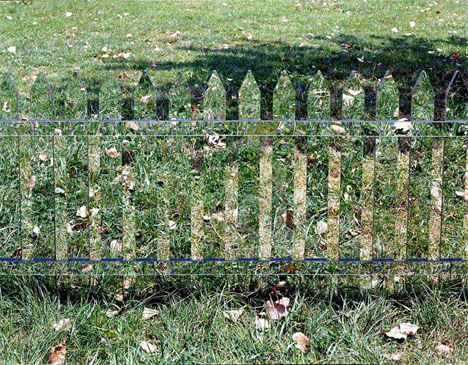 ‘Mirror Fence’ is exactly as the title suggests; a reflective barrier in the shape of a picket fence that’s almost perfectly camouflaged in its environment. The illusion is so effective that you could probably walk right up to it, only realizing that the barrier exists when the reflection of your own legs comes into view. 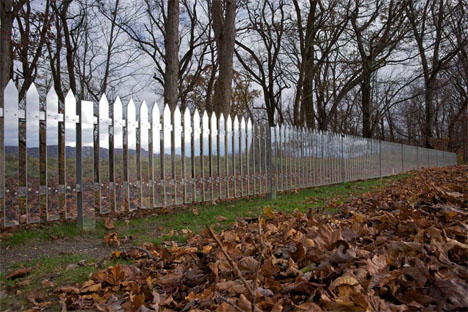 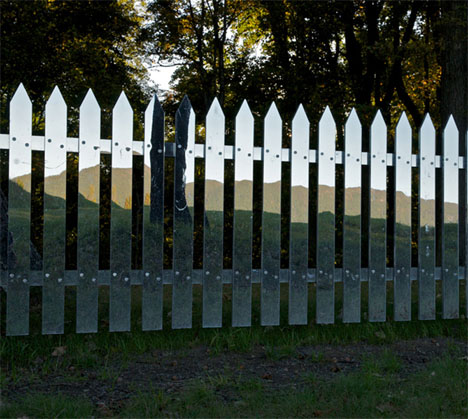 Though her portfolio reflects a diverse range of shapes and media, Shotz unifies her work with a common aim to “give form to the invisible forces of nature.” Many focus on light itself, such as a sculptural examination of the dual nature of light (as it bears characteristics of both a particle and a wave) entitled Geometry of Light, and a digital animation called ‘Fluid State’ that captures an ocean of reflective spheres over a dawn-to-dusk cycle. 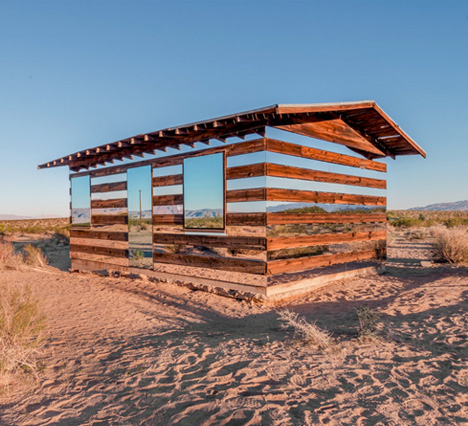 The installation calls to mind another recent project, ‘Lucid Stead’ by Phillip K Smith III, wherein an abandoned home in the desert was fitted with mirrors that make up doors, windows and long horizontal siding to create the illusion of ghostly floating wood.