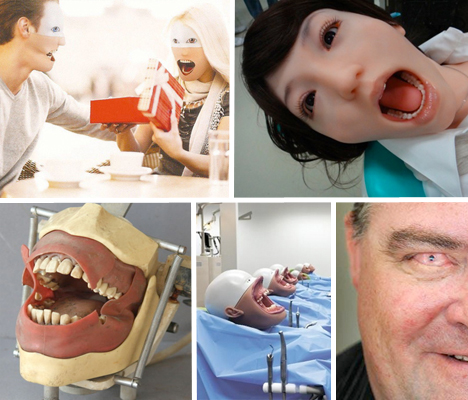 As if going to the dentist wasn’t scary enough already, you can now augment your odontophobia with a series of nightmare-inducing dental training devices, antique drills and tooth-related objects. Artificial mouths with frighteningly flappy lips and gums, robotic dental mannequins that blink and choke, and dentures you can wear around your wrist are among the horrors found here.

The Scariest Calendar in the History of the World 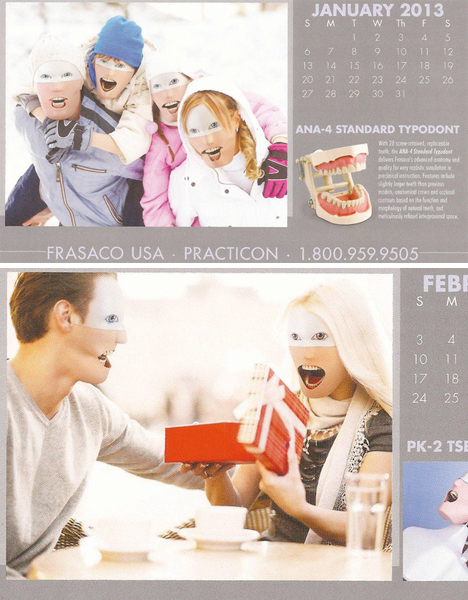 If you enjoy having nightmares, hang this calendar in a prominent place where you’ll see it right before you go to bed. Made by Practicon, which produces the dental mannequins whose faces are Photoshopped over those of actual human models, the calendar was originally intended only for dental offices and purchasers of their products. But it went viral in late 2012, causing Practicon to release it to the general public. 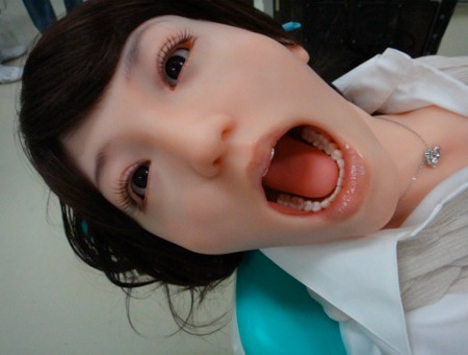 Robotic dental patient Showa Hanako 2 has been described as ‘remarkably lifelike,’ which is true if you’re used to looking at people with dead eyes and terrifyingly elastic mouths. She can blink, sneeze, cough and even choke, mimicking many of the natural movements dentists and dental hygienists will have to get used to in real live patients. Showa Hanako 1 was only a little bit less frightening. 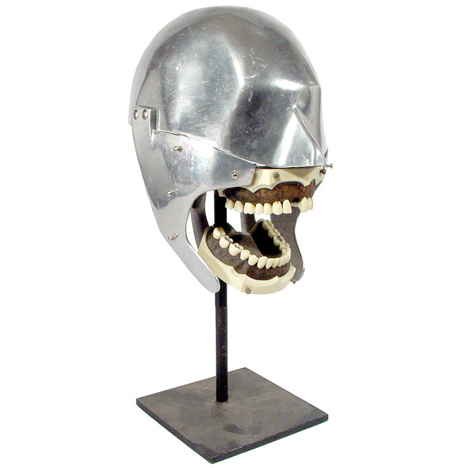 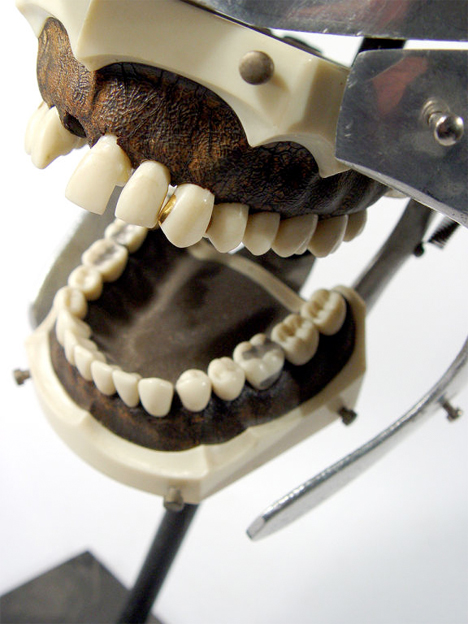 This thing looks more like some kind of medieval torture device than a dental learning aid. Antique dental models like this one can be found in shops and on eBay, and they’re all totally unique thanks to the work that’s been done on their teeth, like excisions and gold fillings. 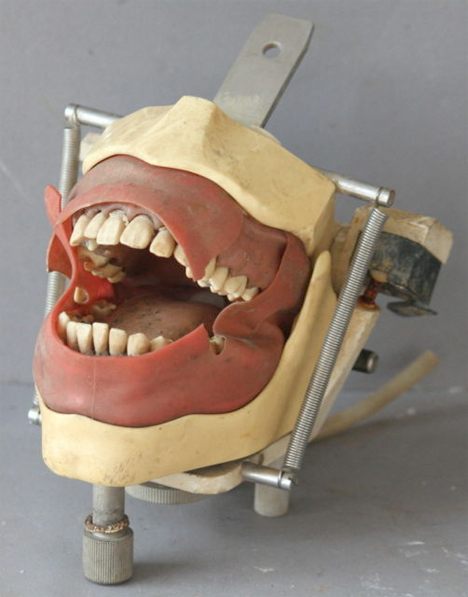 Let’s say you find this yellowed dental school teaching device in an antique store, and figure it would be a cool thing to display on your shelf. Just don’t be surprised when it starts mysteriously moving itself around your home at night, and then appears on the pillow next to you one morning, its teeth chattering like those of that one zombie in the only truly creepy scene of World War Z.