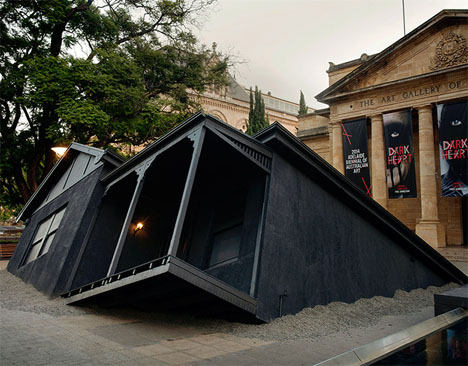 The childhood home of artist Ian Strange has literally landed right in front of the Art Gallery of South Australia as if it were picked up by a tornado and plunked there, Wizard of Oz style. The striking matte black structure is a detailed recreation of the 1920s suburban Australian home Strange grew up in, down to the scrolled ornamentation on the porch and a spigot clinging to one exterior wall. 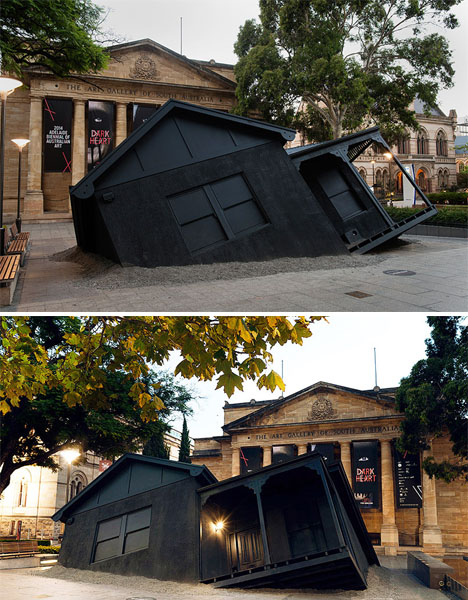 Installed for the 2014 Adelaide Biennial of Australian Art, the installation makes an intentional reference to Dorothy’s Kansas home and the jarring visual of it crashing in a place where it doesn’t belong. 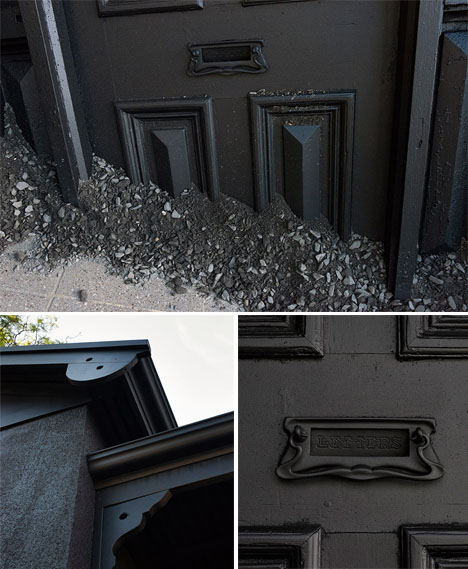 This visual is a nod to both the continued intrusion of Western pop culture into Australia, and the disconnected nature of suburbia, a recurring theme in Strange’s work. 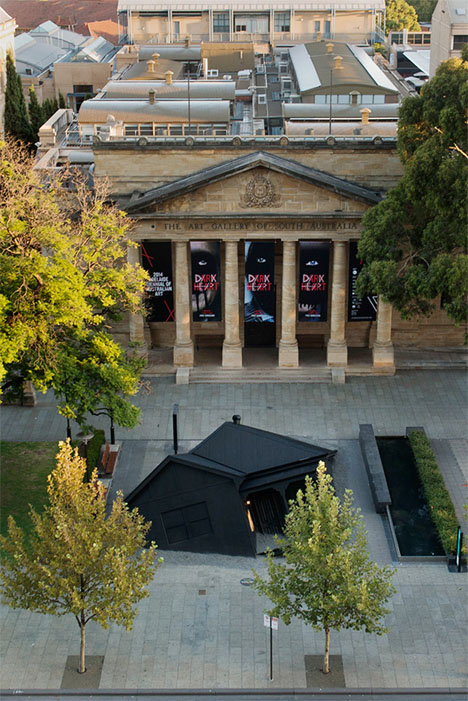 Strange previously explored the suburban house as a cultural icon in his series SUBURBAN, which involved drastically altering homes that were set for demolition and then burning the down, filming the entire process.