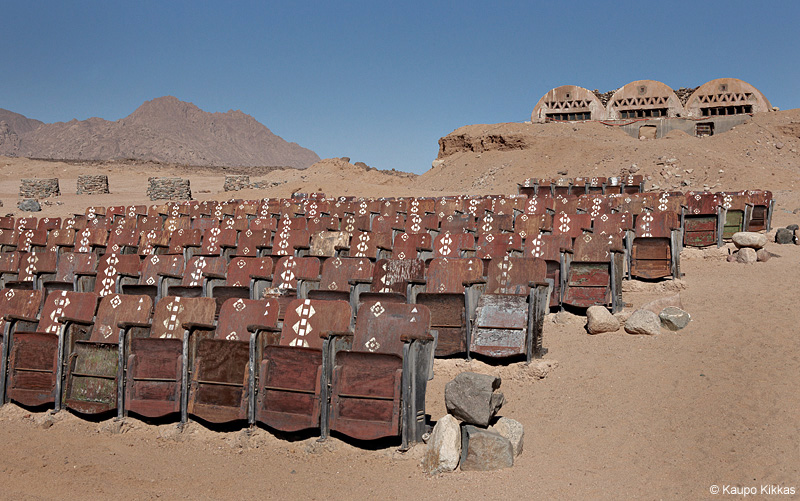 In the middle of Egypt’s inhospitable Sinai Desert, stacked on a rocky hillside overlooking a pile of sticks, row after row of worn wooden movie theater seats sit eerily empty. Why would anyone have built a cinema out here, especially when Egyptian authorities forbid desert visits that aren’t part of an officially sanctioned tour? According to Estonian photographer Kaupo Kikkas, who captured these images, the answer involves a wealthy Frenchman and “some puffs of a magic smoke.” 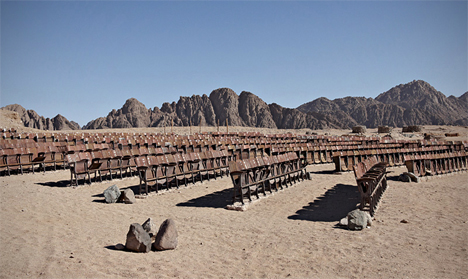 On a trip to this remote desert location circa the year 2000, the visiting Frenchman looked around at the unlikely setting and somehow thought to himself, “Why aren’t there any movie theaters in the desert?” So he went back to Cairo, bought original seats and projection equipment from an old cinema, and lugged it back out to create the End of the World Cinema. 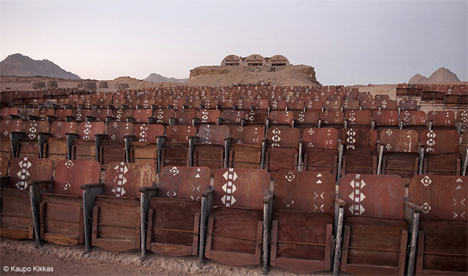 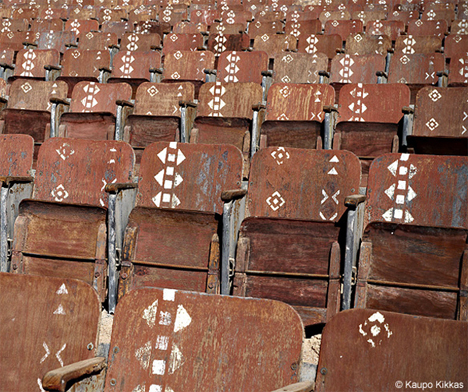 Never mind the fact that there aren’t exactly hordes of tourists and locals waiting to descend upon this sandy spot to view a film under the hot desert sun – the project was bound to fail anyway, because Egyptian authorities don’t take kindly to this sort of ‘enterprising spirit.’  A number of things ‘accidentally’ went wrong at the premiere, and not a single movie was ever shown. 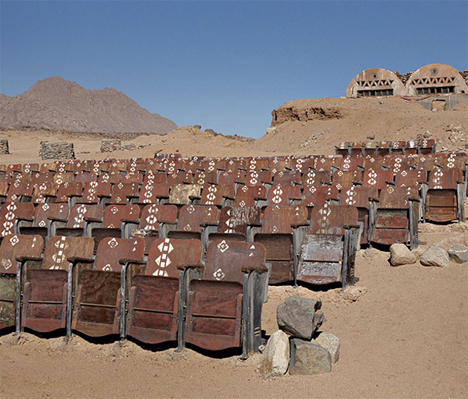 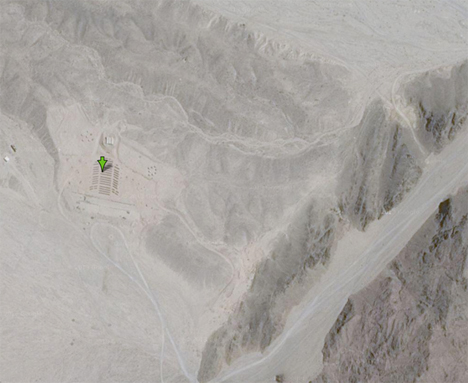 The theater was quickly abandoned and has sat like this ever since, the building created to house the generator already crumbling. These modern ruins are far from the only ones of their kind in Africa – the remains of the Tattooine set from Star Wars Episode IV can still be found in Tunisia, among many other fascinating abandonments.