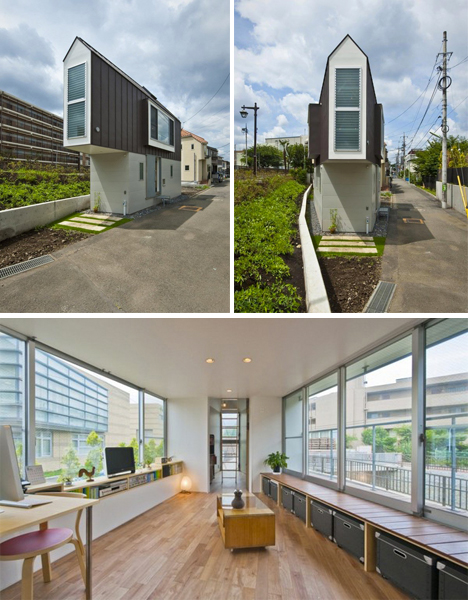 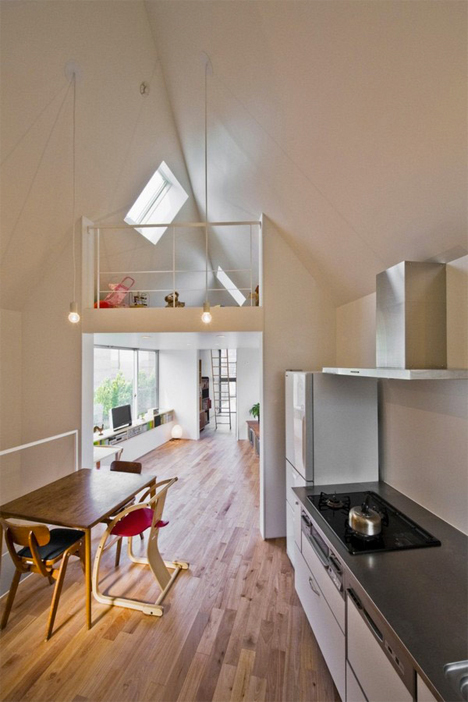 As narrow as a single-wide trailer, this house by Mizuishi Architect Atelier packs quite a bit of function into a two-story space that still manages to leave room for a parking spot and tiny garden on a 313-square-foot lot. The inside feels bright and airy thanks to high ceilings and large windows. 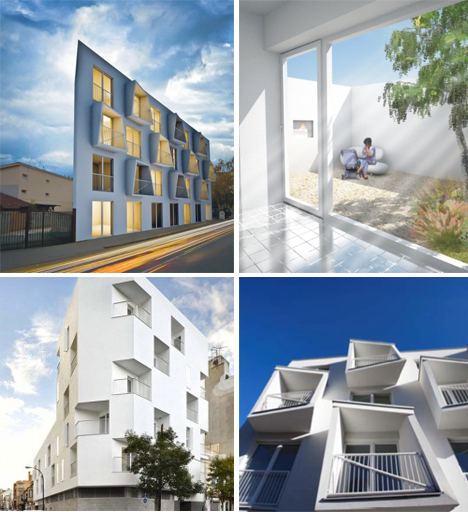 Another wedge-shaped lot fronting a busy street became the unlikely site of a rather striking modern apartment building in Slovakia. Nice Architects filled out the entire lot with a triangle-shaped, four-story structure with balconies that jut out of the facade. 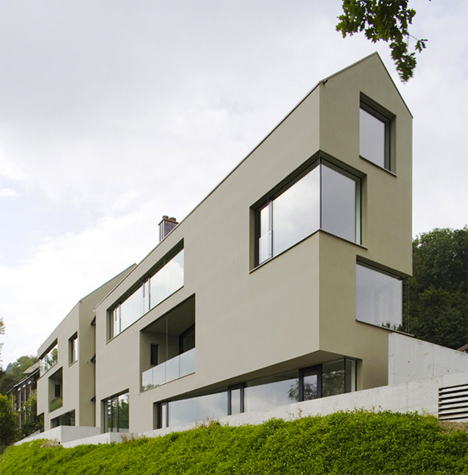 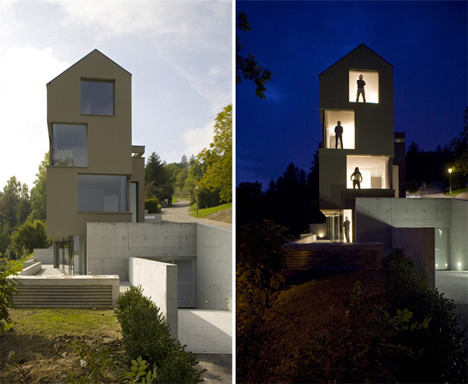 Set on a narrow hillside plot, this four-story house in the Swiss Alps by L3P Architects measures nine meters across and contains three individual apartments with unique layouts. The side of the building that faces other structures has relatively few, carefully placed windows, while the side overlooking the scenery features long stretches of glazed walls. 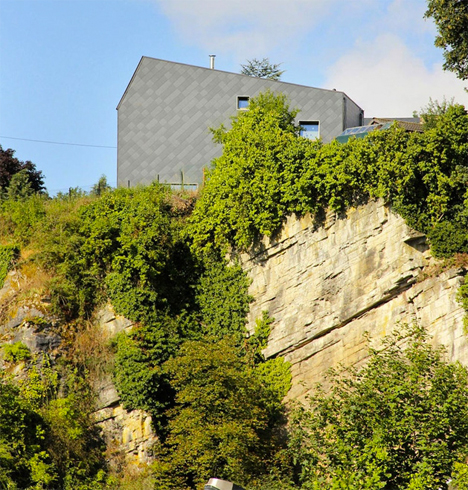 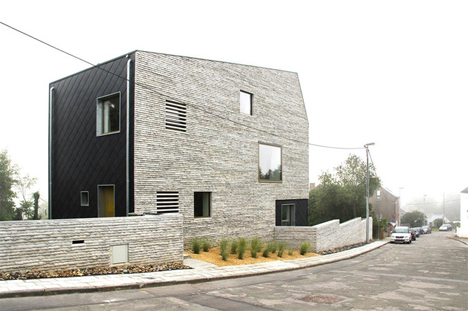 Reflecting the looks and history of a nearby fortress, the Wall House by AND’ROL architecture is built on a thin strip of land between a street and a sheer cliff in Brussels. A split-level layout maximizes space on the sloping site, and the facade facing traffic has minimal windows. Fiberboard siding installed at a 45-degree angle mimics the look of the fortress’ stone walls.