Prefab structures jut out from the roofs of Paris’ charming architecture, adding affordable real estate to the densely-packed, land-scarce city in the only way possible: building up. While other cities across the world are knocking down one older structure after another to build shiny new condos that stretch up into the sky, the new units are often too expensive for the average urban resident, and significantly alter the historic character of each individual place. 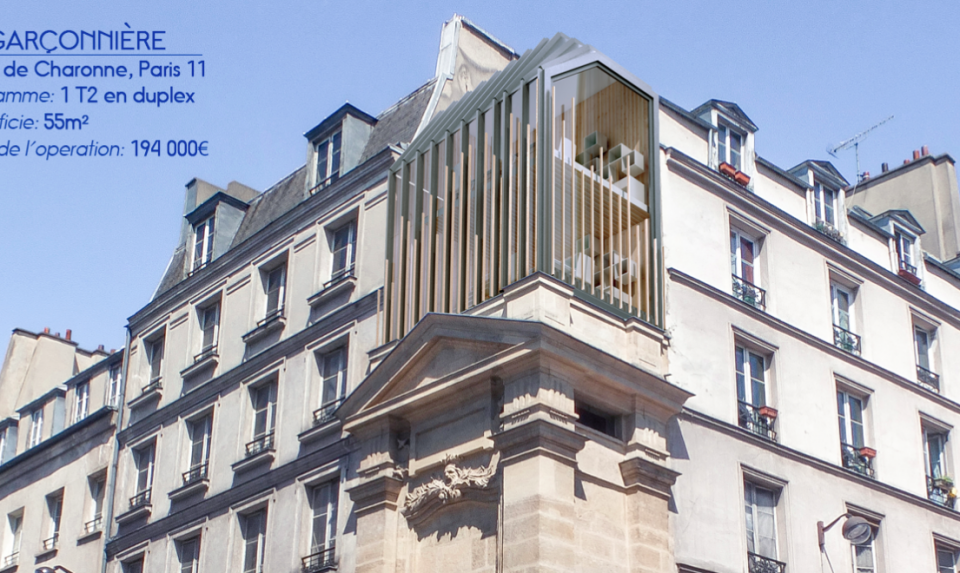 Whether historically significant or not, the older buildings in most cities help give each location its own particular flavor. Razing them to throw up generic condominiums for people with upper-middle-class incomes not only displaces existing residents, it erases much of each city’s personality. A new project called 3BOX aims to compromise. 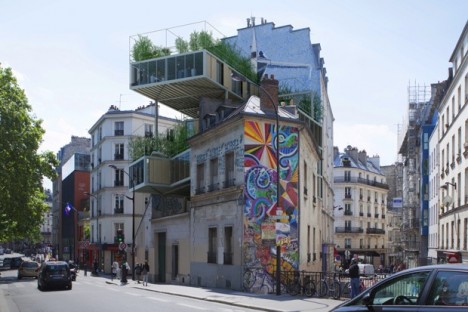 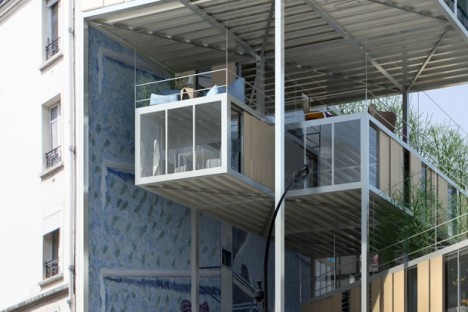 Stéphane Malka Architecture has designed a series of rooftop prefabs that work within the context of Paris’ new property law, the Loi ALUR, which aims to construct 70,000 new dwellings per year while also stabilizing rent. The law comes with a relaxation in planning and zoning, enabling new rooftop construction. 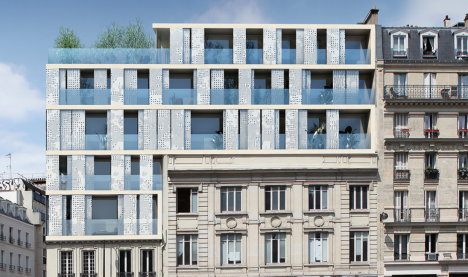 While many of the new dwellings built under Loi ALUR will go on brownfield sites, like those currently owned by French rail company SNCF, others will have to be woven into the fabric of the city in more creative ways. ‘Les Toits Du Monde,’ or the Roofs of the World, offers three different prefab structures bolted onto existing buildings with steel supports. 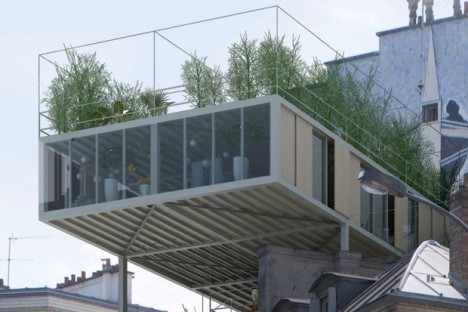 Not everyone will be crazy about altering 19th century buildings with these prefab boxes, no matter how science-fiction it may start to look, but the rooftop terraces help make them more attractive, and they could be a good option for structures with less aesthetic value.