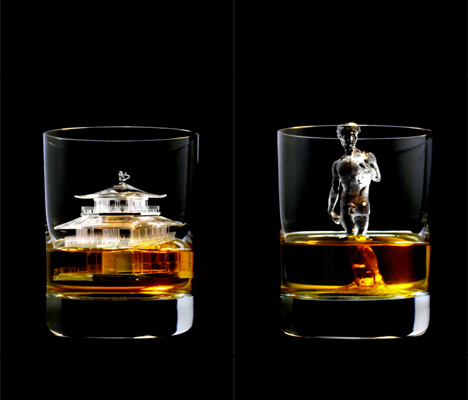 It’s Suntory time – on the incredibly intricate, CNC-milled, pagoda-shaped rocks.  The Japanese whisky brand famously touted by Bill Murray in the film ‘Lost in Translation’ has enlisted the services of a 5-axis CNC mill to craft miniature works of art in ice, including replicas of the Statue of Liberty and Michelangelo’s David. 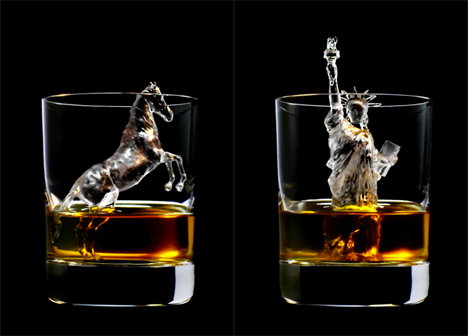 The centerpiece of Suntory’s “3D Rocks” campaign is a teeny-tiny, amazingly detailed version of Kyoto’s Kinkaku-ji temple. Watch it in progress in the video above. 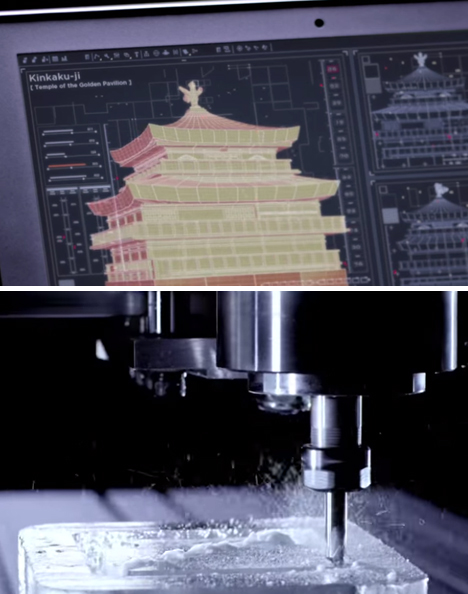 Suntory customers were asked to submit their own designs, and the winners were whisked to a secret location in Tokyo where they received a drink featuring their own creation in ice once it was complete. 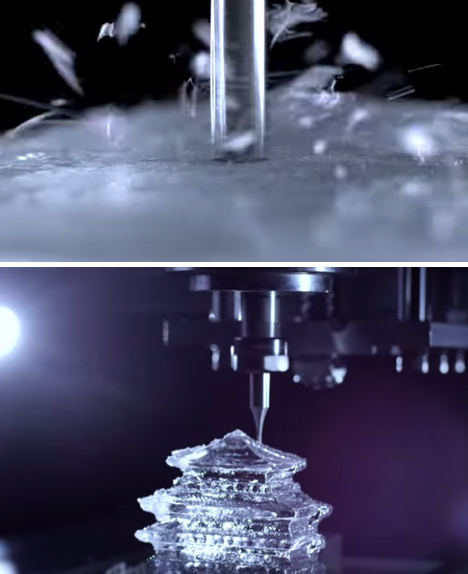 The CNC router was kept chilled to a temperature of -7 degrees Celsius to keep the ice from melting while the machine was running. 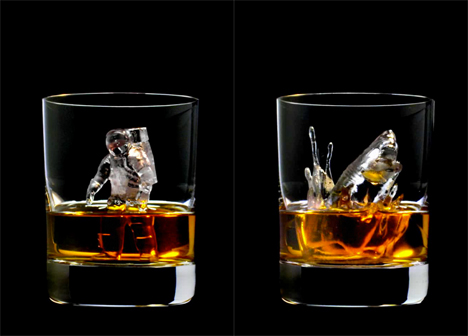 It’s almost a shame to see the whisky splashing over these ephemeral works of art, knowing that they’re inevitably about to melt away.