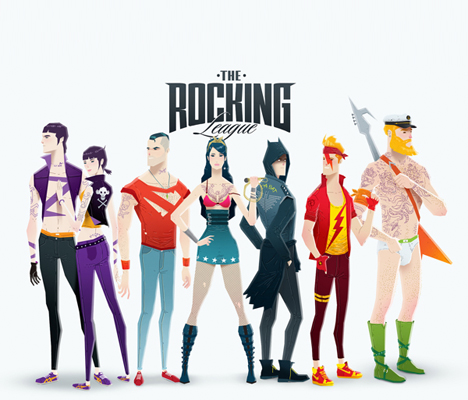 See all of your favorite Marvel and DC superheroes like you’ve never imagined them, covered in tattoos and wearing skin-tight hipster jeans. New York-based illustrator Andrés Moncayo gave Superman, Batman, Wonder Woman, Wolverine and many more edgy makeovers that are still evocative of their classic looks. 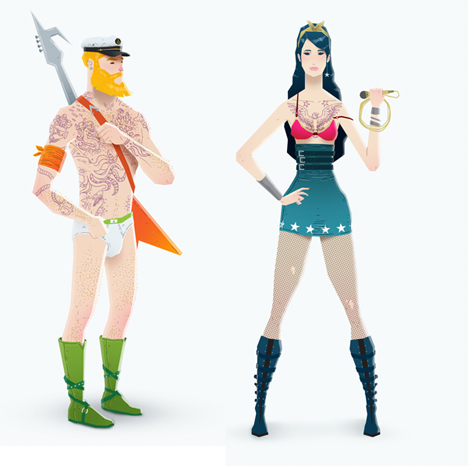 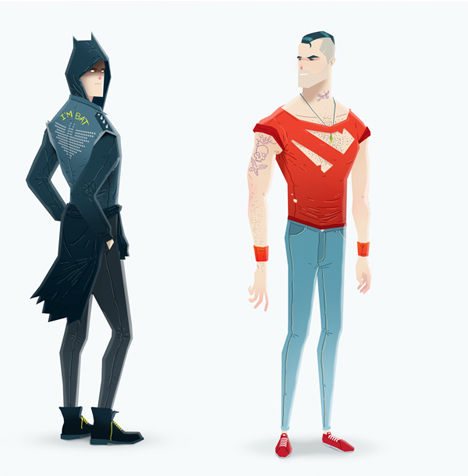 Superman, for example, is rocking an undercut, neck tattoo and ripped t-shirt. Wonder Woman’s gone a bit rockabilly, while Batman is wearing a hoodie with ears. Thor is clearly the lead singer of a metal band. 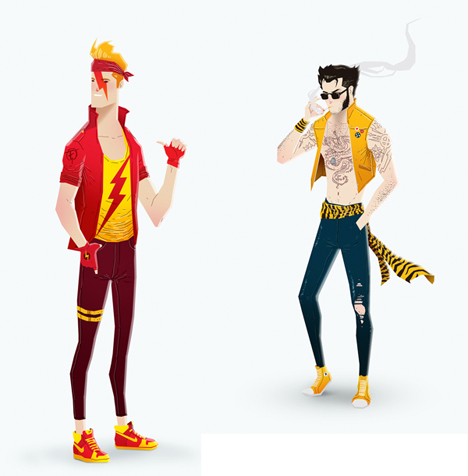 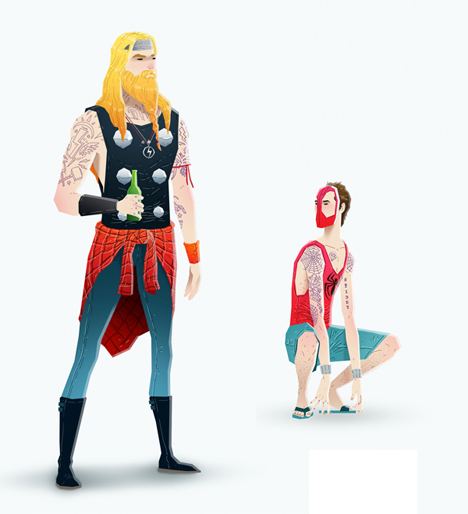 The characters are split up into ‘The Rocking League’ and ‘The Avengers Band.’ Other characters featured include Sue and Johnny Storm, The Flash, The Hulk, Spiderman and Iron Man. 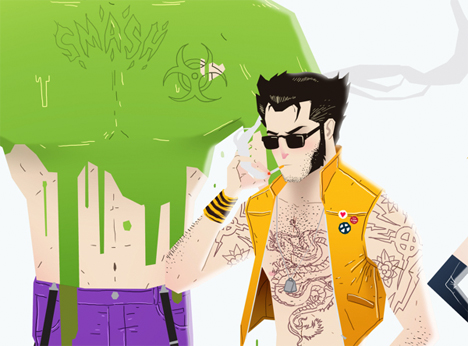 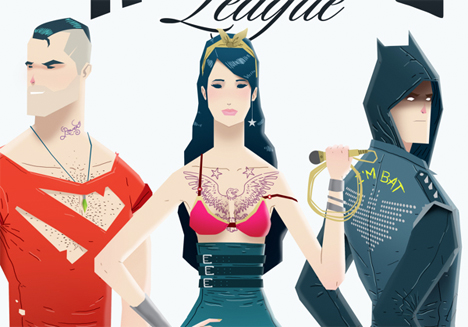 The artist studied how bands pose in photographs to make each superhero look like they’re too cool for everything. Can you pick out what style of music each one would perform?