To say the old abandoned observatory in Ivano-Frankivsk, Ukraine has seen better days (and nights) would be an understatement of heavenly proportions. Dubbed “Bialy Slon” (White Elephant) soon after its opening in July of 1938, the five-story facility was hideously expensive to build and operate. Just over a year after it opened, the observatory was abandoned to invading Soviet troops who were in turn evicted by invading German troops who then passed control to occupying Hungarian troops. The Poles would never return and today the crumbling relic sits in Ukrainian territory.

(images via: SNJR and Ghosttown AZ)

Situated 6 miles north of Barringer Crater near Winslow, Arizona, Meteor Crater Observatory dates from the late 1930s when Route 66 opened up vast areas of the American Southwest to vehicular traffic. The observatory was outfitted with a telescope that was rigged to aim down, not up: visitors could get an up close & personal view of the crater without having to hike to get there. What Route 66 giveth, Route 66 taketh away, however, and Meteor Crater Observatory was abandoned when the highway was re-aligned in 1949.

(images via: purolipan, Eva B and Jussi Hietaniemi)

The grand-daddy of all abandoned observatories has to be El Caracol (dubbed “The Snail” by the Spaniards, due to its internal spiral staircase) at Chichén Itzá, a once-thriving power center of the ancient Maya civilization. A deciphered stone stele at the site dates El Caracol to 906 AD, near the end of the Classic period of Mesoamerican chronology. Though the telescope wasn’t to be invented for six centuries, El Caracol is instantly identifiable as an astronomical observatory. The view from inside its dome would have afforded Mayan astronomers a grand view of the surrounding countryside to facilitate their observations. 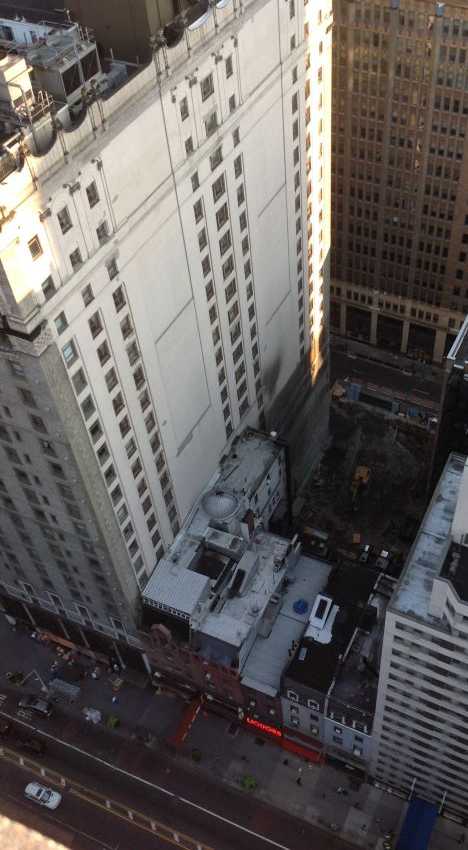 The Dickerson Houses at 62 and 64 East 34th Street in Manhattan are named for Edward N. Dickerson, a successful patent lawyer and amateur scientist. In 1877, Dickerson specified the new Queen Anne style brownstone he commissioned at 64 should include a small rooftop observatory for his 6 1/2-inch telescope. Obviously, New York City in the 1880s boasted clearer skies, not to mention unobstructed sightlines hard to imagine today.