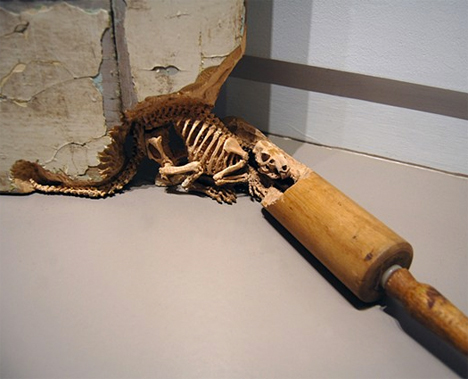 Creatures large and small seem to have eaten their way out of the confinement of everyday items like rolling pins, axes, pianos and chairs in the hands of Montreal-based artist Maskull Lasserre. Previously known for his incredible skulls carved into the pages of books, Lasserre now reveals unexpected life (and death) within wooden objects. 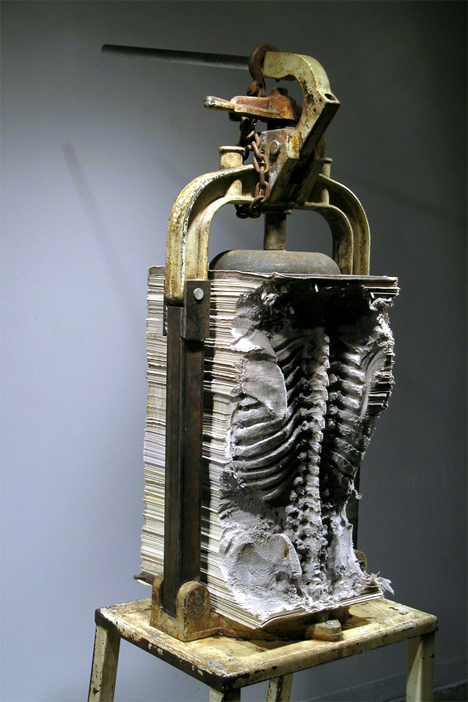 Lasserre has carved crow skeletons, vulture skulls, rats, beetles and even a human ear out of found objects, often stacking more than one item together to produce the illusion that the sculpture is emerging from the wood. According to his CV, Lasserre’s sculptures “explore the unexpected potential of the everyday and its associated structures of authority, class, and value.” 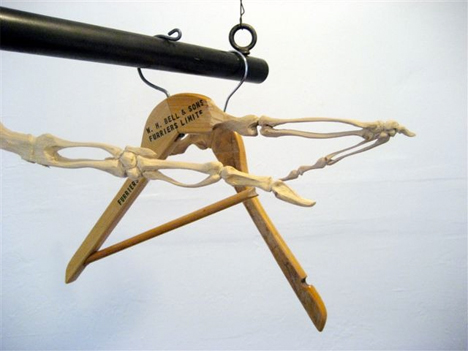 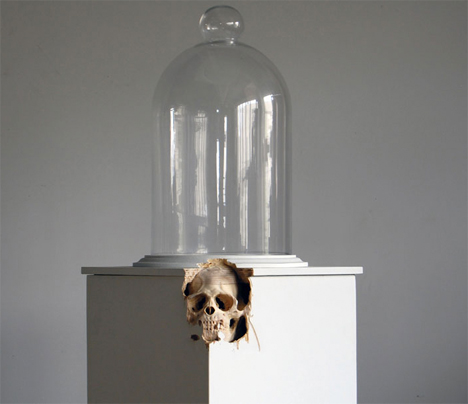 “Elements of nostalgia, allegory, humor and the macabre are incorporated into works that induce strangeness in the familiar, and provoke uncertainty in the expected.” 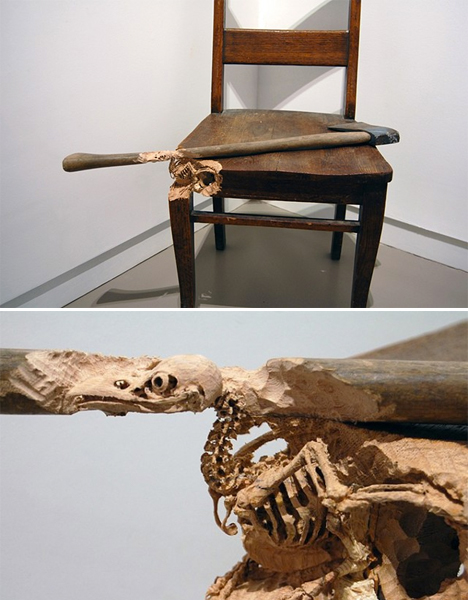 In a two-part video interview with Liana Voia, Lasserre explains “When the remnants of life are imposed on an object, and that’s true especially with the carving work that I do, it infers a past history or a previous life that had been lived, so again where people see my work as macabre, I often see it as hopeful, as the remnants of a life.” 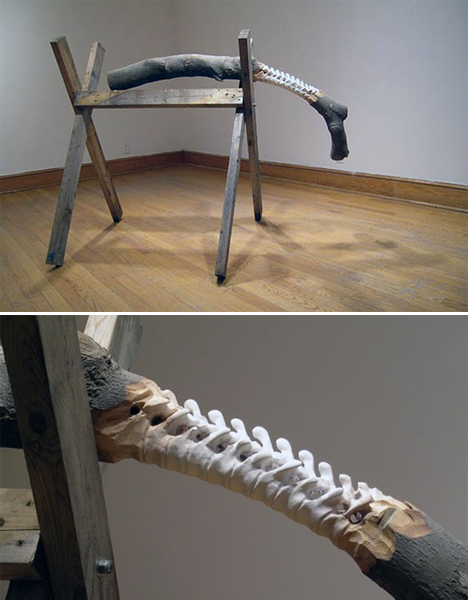 “Despite the fact that the life has ended, at least that life had a beginning and middle as well, so often by imparting these bodily elements to inanimate objects it reclaims or reanimates them in a virtual way.”