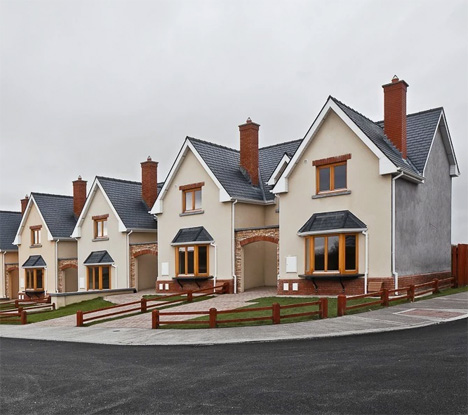 Built with visions of suburban prosperity in more optimistic times, the empty shells of former dream homes dot the countryside among piles of construction rubble and fallen-down fences. Economic highs and lows have led to abandonments of entire villages all over the world, from China to the Mediterranean, but Ireland is among the nations that was particularly hard-hit. 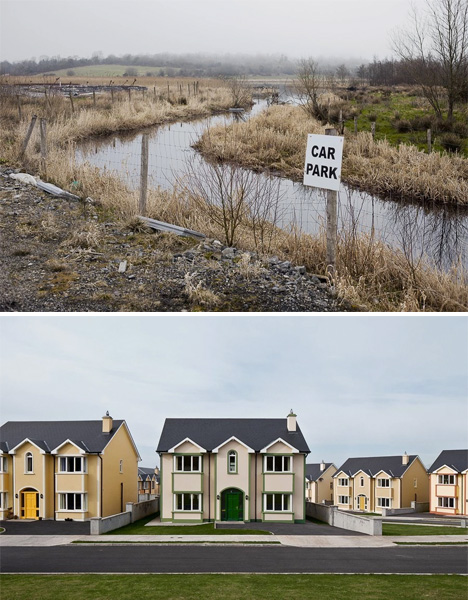 Photographer Valérie Anex captures Ireland’s ‘ghost estates’ in a series of striking images that juxtapose a fading hope for sanitized suburbia with the current reality, which is simply that nobody can afford to live in these houses. The National Institute for Regional and Spacial Analysis defines ‘ghost estates’ as developments of ten houses or more in which fifty percent or less of the homes are occupied or completed. 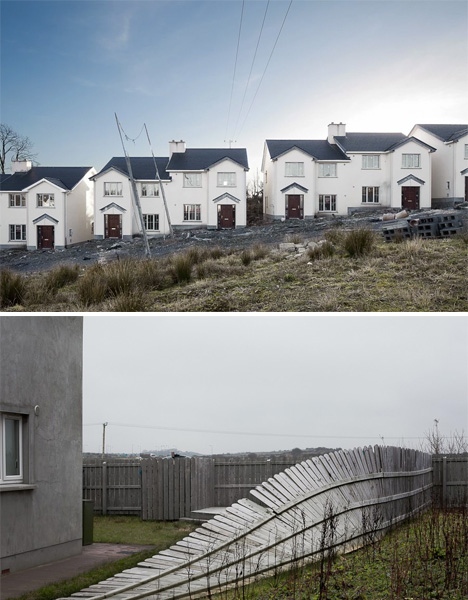 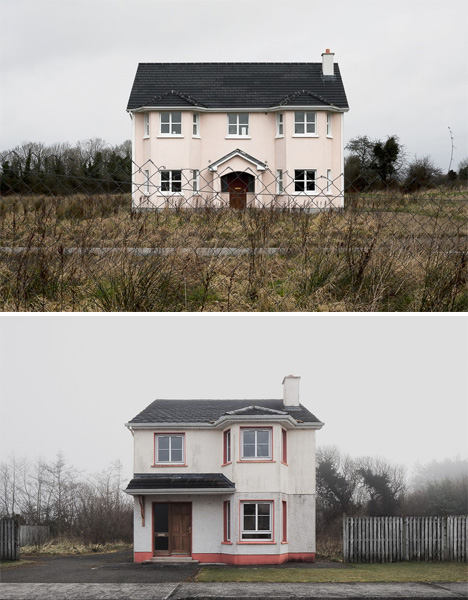 The latest tally of ghost estates in Ireland, taken in 2013, is 30% less than it was when Anex took these photos in 2011, but that’s still well over ten thousand mostly-empty neighborhoods in a relatively small nation (and just a small percentage of Ireland’s 350,000-some-odd abandoned houses.) 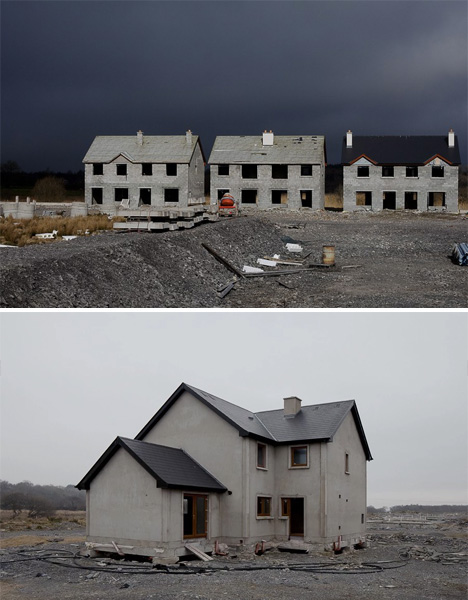 Most of the ghost estates are found in the rural areas of the northern and western parts of the country. Says Anex, “These empty shells are eyesores for the locals in these small towns. The crisis is affecting the country – unemployment, debts, budget cuts, flights of capital investments – but it is also shaping its landscape.” 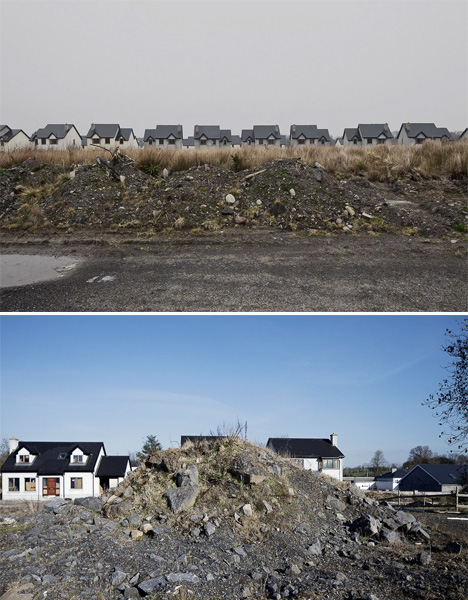 “Bitter memories left by the spectral and temporary nature of the property boom in Ireland, ghost estates are the symbol of the property market’s collapse, a topology of the economic disintegration of the country.”

The Ghost Estates series will be on display at the Photobookshow in Brighton, England this June.