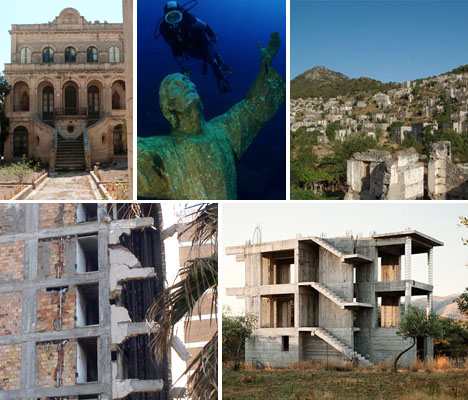 Remains of everything from an island prison that once held mafia bosses to the shells of modern Greek villas that fell victim to economic strife bake under the hot sun in the nations situated around and within the Mediterranean Sea. Some of these modern additions to all of the ancient ruins, like the resort town of Varosha or the medieval village of Anavatos, fell victim to bloody wars, while others continue the same old sad storyline heard around the world of riches gained and lost. 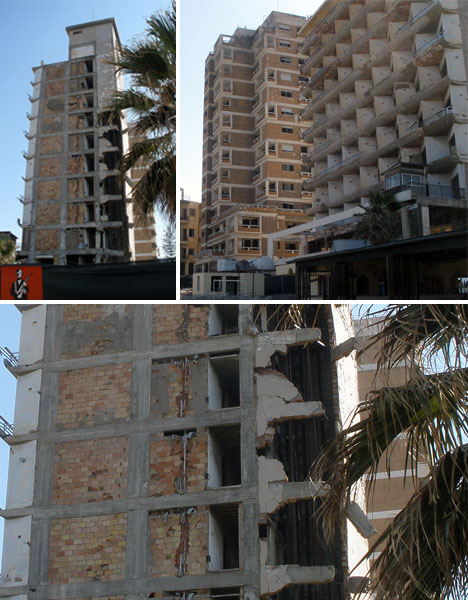 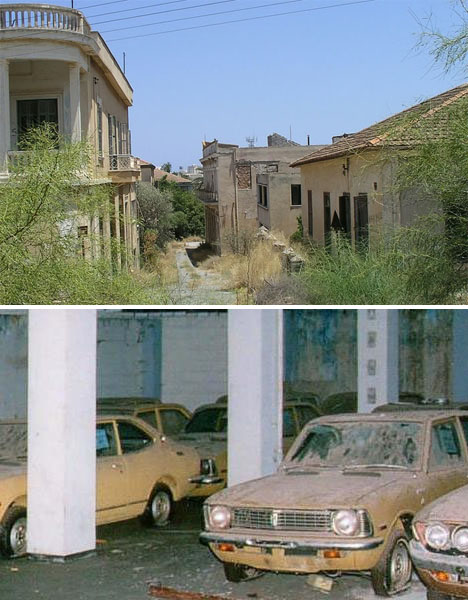 Once a playground for the rich and famous, where stars like Elizabeth Taylor lounged on hotel balconies overlooking the Mediterranean Sea, Varosha now stands silent and empty, its windows smashed, its beach chairs rusting. Unlike other resort towns around the world that have found themselves on the decline due to changing tourism patterns and the economy, Varosha didn’t fall slowly. Rather, everything ground to a sudden halt in the summer of 1974, when the ongoing war between the Greeks and the Turks entered within the city limits. Smack dab in the middle of high season when it was packed with visitors,Turkish forces stormed the city with air strikes and ground forces. Everyone fled, tourists and residents alike, and the town that was once home to 39,000 was totally empty. The Turkish army fenced it off and forbade entry, and it has remained that way to this day.

Bones of Modern Villas in Greece 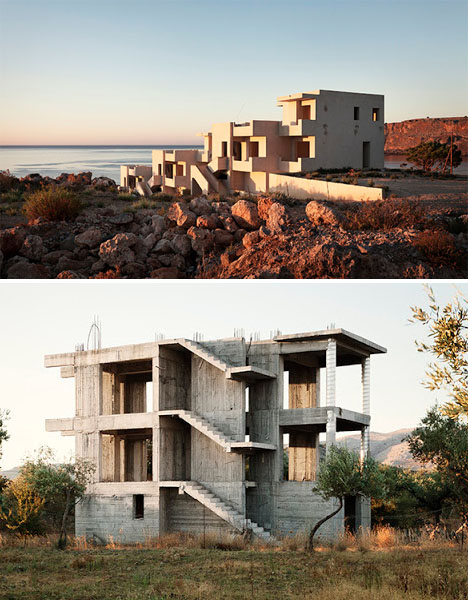 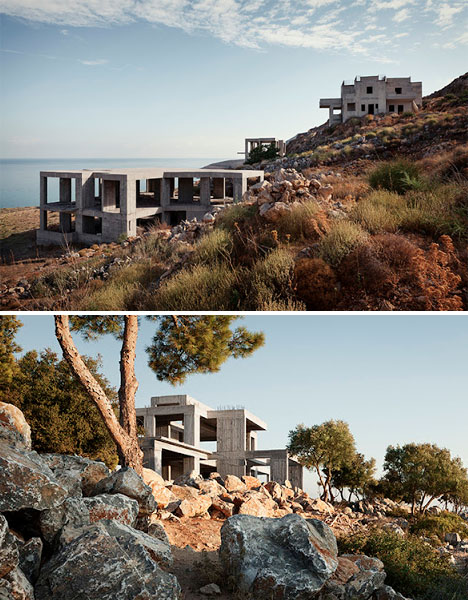 The hollow concrete bones of what were supposed to become luxurious villas in the Greek islands stand on the coast looking like modern versions of the nation’s celebrated ancient ruins. These homes are just a handful among many that were planned before the economic meltdown and left unfinished when the money ran out. Some of the developers reportedly still plan to pick them back up when conditions are better. Says photographer Patrick Van Dam, “The architectural lines combined with the ash-grey concrete structures are an attractive contrast against the rough, red-coloured rocks, the warm yellow high grass and the olive green bushes and trees. This almost abstract scenery shows a unique synergy between architecture and nature. It creates a new and intriguing landscape in which failure, poverty and hopelessness are easily forgotten.” 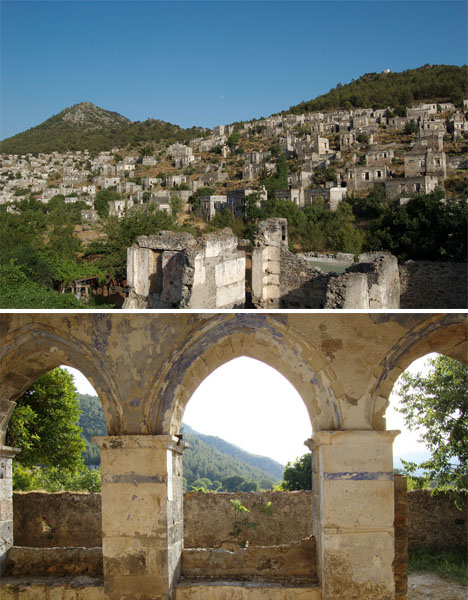 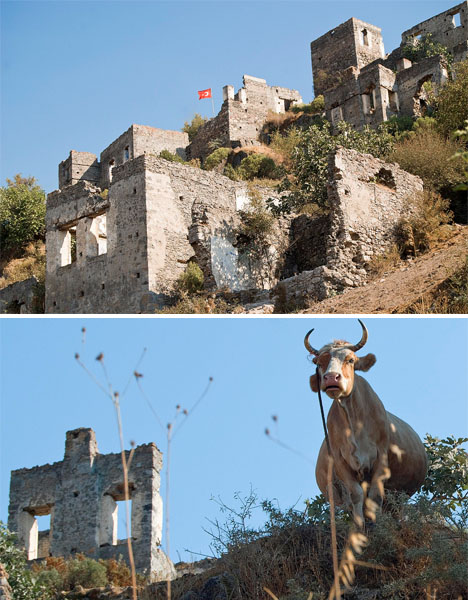 Stone ruins of a once-vibrant town bake in the sun at the base of the Taurus Mountains near Olu Deniz, Turkey. The haunting remains of Kayakoy stand as yet another symbol of the Greco-Turkish War. Established in the 1700s, Kayakoy was built on the site of the ancient city of Karmylassos and was home to Anatolian-speaking Greek residents. Nearly all of them fled during the official population exchange in 1923. About 300,000 Turks were forced out of Greece and into Turkey, and 200,000 Greeks sent back to their homeland. Kayakoy was heavily damaged by a 1957 earthquake and is now a preserved ghost town, run as a museum village and historical monument. 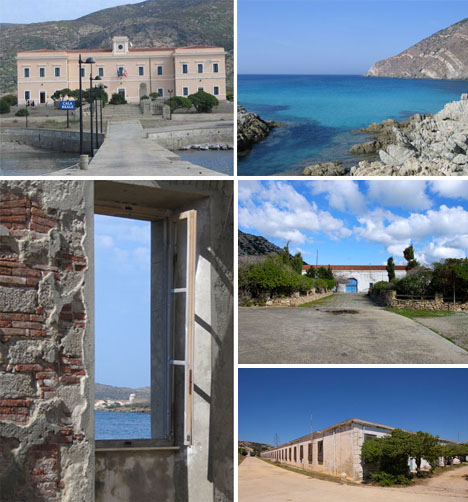 It may now be a tranquil marine protected area where rare species like the muflone sheep can thrive, but the island of Asinara, Sardinia was once used for less peaceful purposes. The island is dotted with ancient Roman and Greek ruins and was home to pastoralists and fishermen in the 1800s, but it became a quarantine for people with diseases like smallpox at the turn of the 20th century and by World War I, it was used as a military concentration camp. In the 1970s, officials took advantage of its isolation to house terrorists, and later built a maximum security prison that’s got to have some of the best views in the world. The prison held mafia members like Totó Riina until it was closed in 1997, at which point the island became a national park. In addition to the remains of the abandoned prison, visitors can explore small cities built for and by the inhabitants of the quarantine camp. The prison can be seen in the video above at the 2:47 mark.