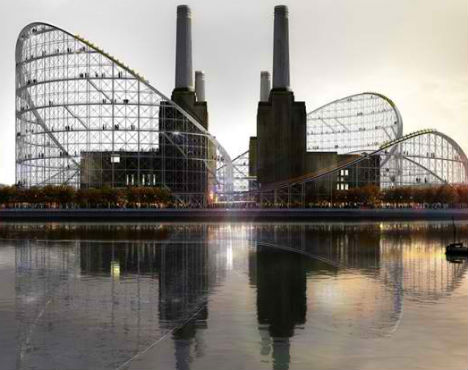 An abandoned power station that has been an iconic part of London’s skyline since 1933 is transformed into a playground and museum in the “Architectural Ride London” proposal by Atelier Zündel Cristea. The concept makes use of the Battersea Power Station, which was decommissioned in 1983, preserving its history while making it both an educational and recreational attraction. 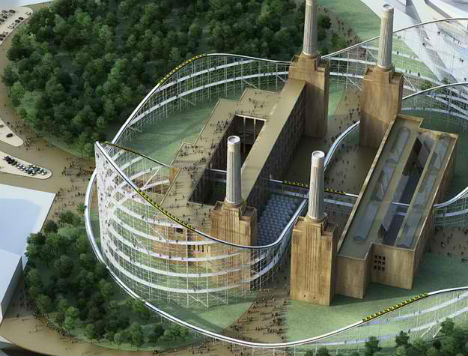 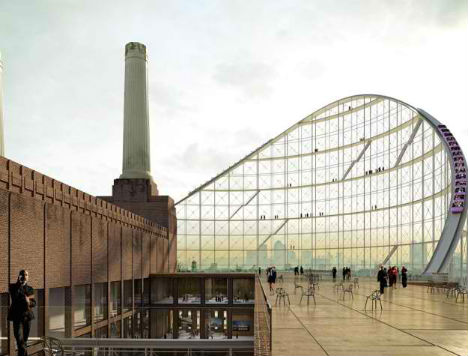 The former coal-fired power station (which has been featured in a number of films and music videos) is notable for its original Art Deco interior fittings and decor, but throughout the thirty years of its abandonment, its condition has deteriorated severely. Former owners considered making the station an indoor theme park in the 1987, and work began on converting the site, but lack of funding brought the project to a halt. 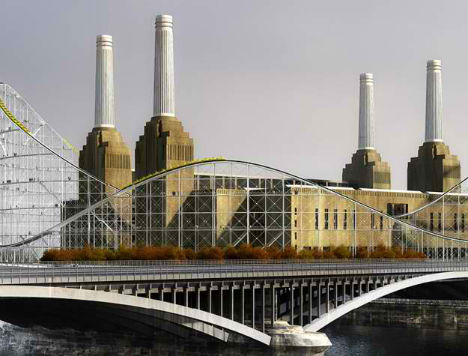 The new proposal revives this idea, making it even more grand with a roller coaster that winds around the building itself, making it the center of attention during the ride. Paths created by the scaffolding-like support of the roller coaster offer opportunities for walking tours. The design took first prize in the ArchTriumph Museum of Architecture competition. 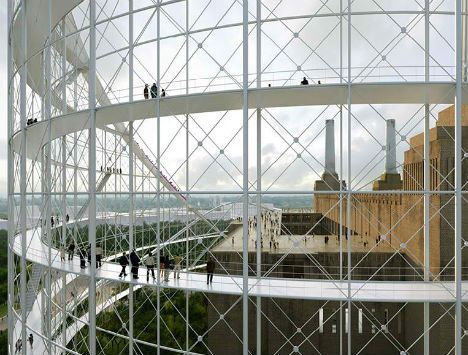 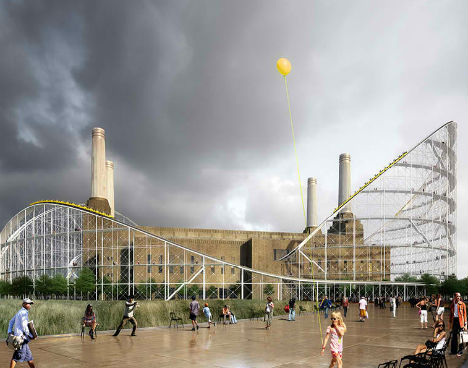 “Our project puts the power station on centre stage, the structure itself enhancing the site through its impressive scale, its architecture, and its unique brick material. Our created pathway links together a number of spaces for discovery: the square in front of the museum, clearings, footpaths outside and above and inside, footpaths traversing courtyards and exhibition rooms. The angles and perspectives created by the rail’s pathway, through the movement within and outside of the structure, place visitors in a position where they can perceive simultaneously the container and its contents, the work and nature. They come to participate in several simultaneous experiences: enjoying the displayed works, being moved by the beauty of the structure and the city: river, park, buildings.”