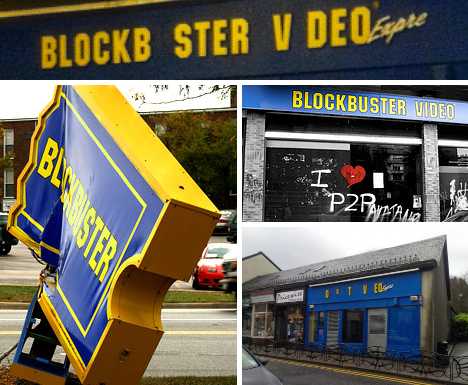 Blockbuster Video’s torn-ticket logo once fronted thousands of stores worldwide. That was then, this is now… by late 2013, Blockbuster was officially busted.

This Is The End 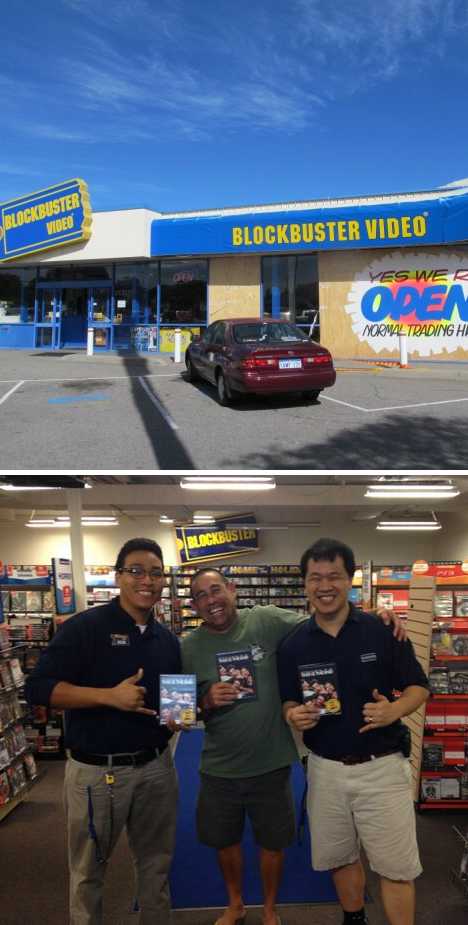 Blockbuster Video did not go gentle into that good night; it went loudly, painfully and messily. The final curtain (for all intents and purposes) finally came down at 11pm on November 9th of 2013 when a Blockbuster store in Hawaii became the last store to rent out a movie. According to Blockbuster themselves, the film was “This Is The End” starring James Franco and Seth Rogen.

Scots On The Rocks 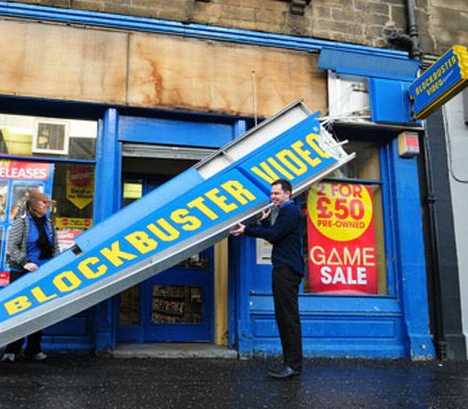 A vicious storm that struck Scotland in late 2011 only damaged the Blockbuster Video location above; it took a tsunami of red ink to sink the chain for good. It’s a pity the hapless owner above didn’t see the signs of impending doom while he was occupied in repairing the sign of his franchise store.

(images via: Past The Pixels and Zoopla)

The Blockbuster Video location in Dunoon, on the scenic Cowal Peninsula in western Scotland, had little area competition but local success was meaningless in the face of global mismanagement on an epic scale. In the case of the Dunoon store, deterioration had begun even as the chain was in its final death throes… and rapidly accelerated once the store shut its doors for good. View more interior shots and learn more about this now-for-sale ex-Blockbuster at the Zoopla site.

The last days of Blockbuster somewhat resembled the last hours on the Titanic – lots of rearranging the deck chairs for no discernible purpose and neglible useful results. Take the above doomed Blockbuster store in Penarth, Cornwall, UK. for example. With customers spending their hard-earned pence on internet-based entertainment, the desperate store began stocking socks instead. Evidently in Cornwall one cannot purchase socks online. 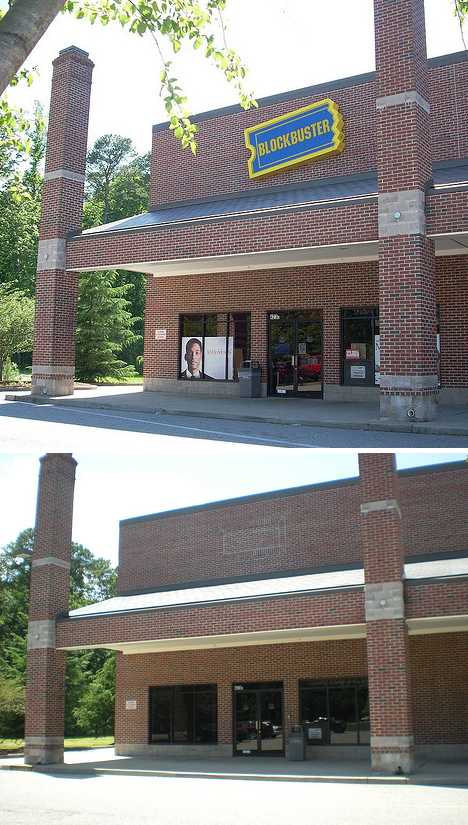 Flickr user RetailByRyan95 was in the right place at the right times when a Blockbuster store in Virgina’s Poquoson Commons shopping center closed in early May of 2009. Presciently documenting the store as it was before closing, Ryan returned almost exactly one month later, camera in hand, to observe what remained.

Critiques of today’s supposedly disposable society ring true when the differences between an open and a closed Blockbuster are so evident after only a short time. Removal of stock, signage and branding also reveals the essentially sterile nature of modern retail-commercial McArchitecture, which is shown to have little if any appeal once tenants have flown the coop.