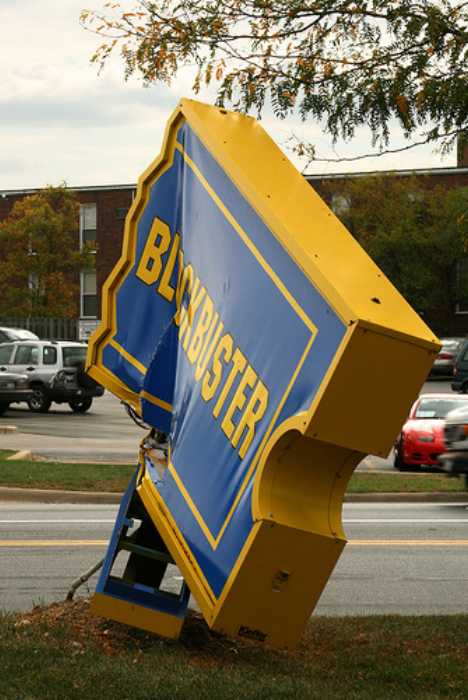 Falling from grace is never easy and falling Blockbuster Video signs end up much the worse for wear… and worse yet, nobody cares. Is this bent and battered Blockbuster sign a case of kicking a weakened bully when he’s down, or simply a sign of today’s cutthroat economic climate? 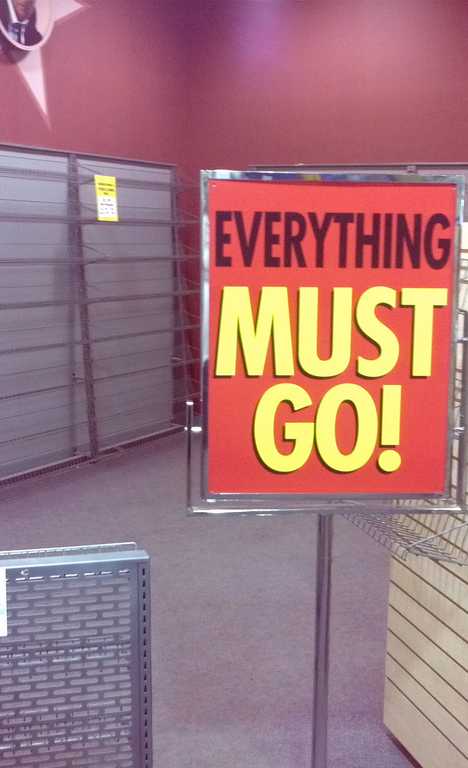 Blockbuster Video actually did quite well in Canada long after its parent corporation began bleeding red ink, but it couldn’t hold out forever. “Blockbuster Canada Co. was placed into receivership on May 3, 2011 after it was placed in debt thanks to its former American parent Blockbuster Inc.,” relates Huy Dang. “Eventually, a buyer could not be found, despite being offers being made, according to its court-ordered receiver.”

No Exit, No Return

From bankruptcy, that is. Flickr user Daniel Oines scooped some seriously haunting shots of an abandoned Blockbuster in Hudson, Florida simply by pressing his camera lens up against the store’s dusty front window. Though the stock is long gone, the decor evokes a strong sense of rental home video’s lost golden age. The store closed sometime in 2011… a harbinger of things to come. 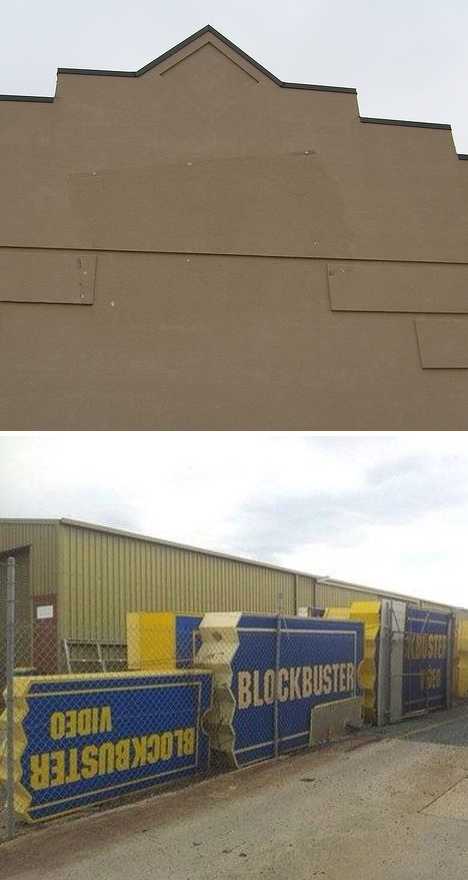 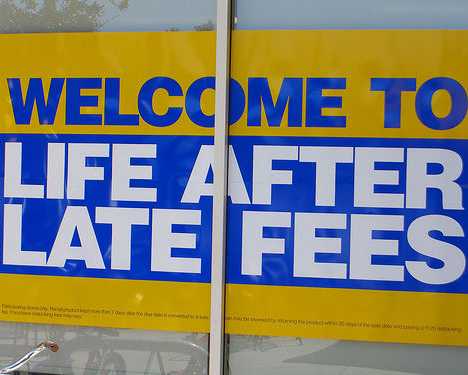 Irrespective of its once mammoth place in modern pop culture, memories of Blockbuster Video will fade just as surely as the shadows left behind when the store signage came down. Can anything positive remain after Blockbuster has gone to retail heaven (or hell, as the case may be)? There’s one thing… now we can all truly celebrate life after late fees.