In a city with over a half-million open potholes, one artist is helping address the problem and raising awareness by installing his own creative patches, filling them piece by piece with colorful tiles. 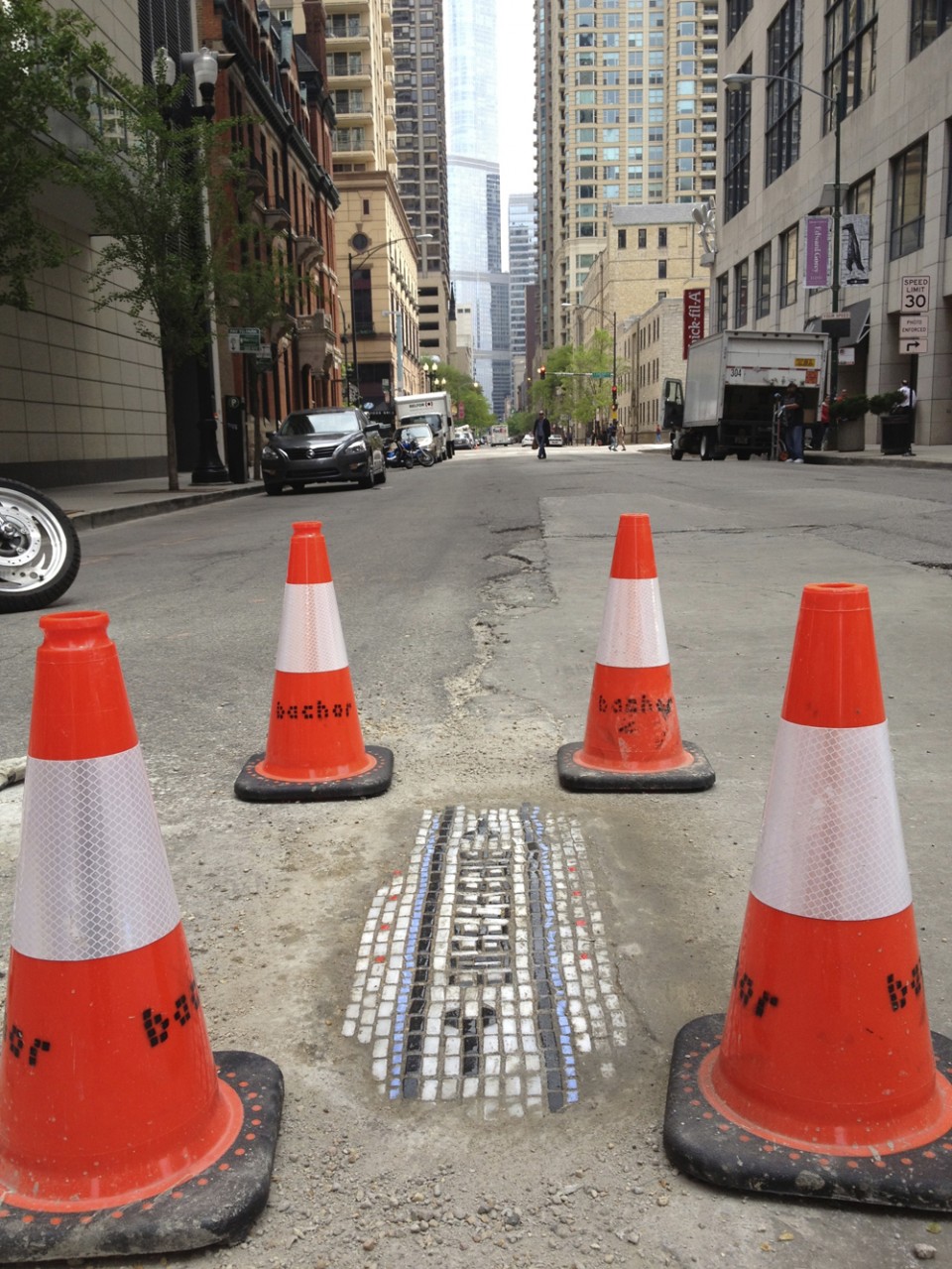 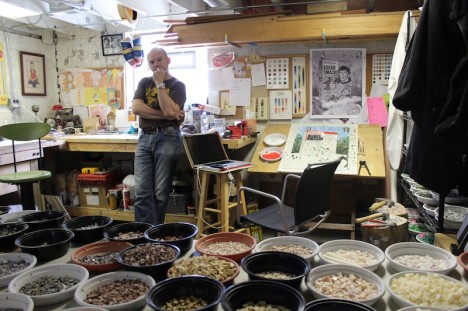 Jim Bachor has been making mosaics for years, and has turned his craft toward the pressing and persistent problem of dangerous potholes in the Chicago area, particularly bad after an especially cold winter. 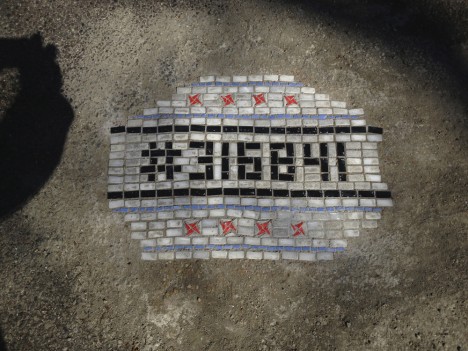 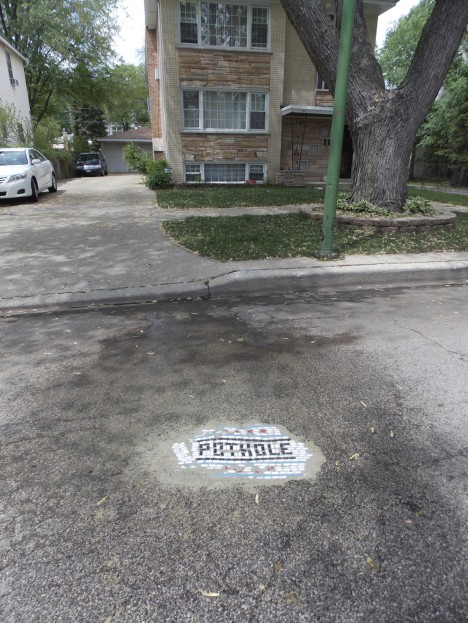 Variations on the colors and overall design of the Chicago city flag frame text and digits, from self-titled ones (reading simply ‘POTHOLE’) to phone numbers of local car repair shops or individual identification strings. 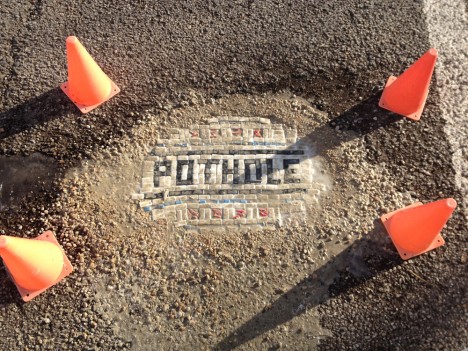 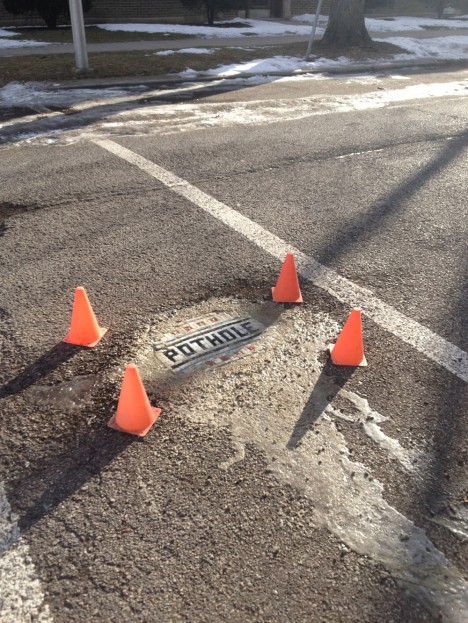 At dozens of dollars per fix, the work itself is hard to scale but does bring the broader problem to the attention of passers by, as well as the city itself as the project makes its way into the media.