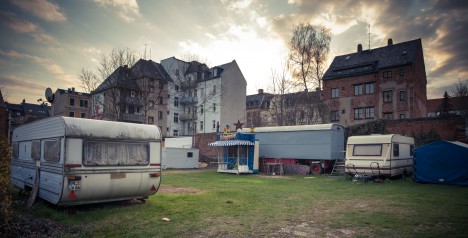 Flickr Markus Kolletzky claims this depopulated pseudo-trailer park somewhere in Germany is a circus, or was one at one time. More likely, perhaps, is that the sad, solitary “Vegas” kiosk at the center of Kolletzky’s image once played a small part in a large circus whose name is now lost in the sands of time… and if you guessed von Richthofen’s Flying Circus, you’re WAY off. 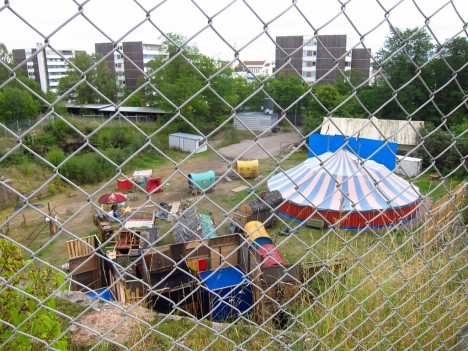 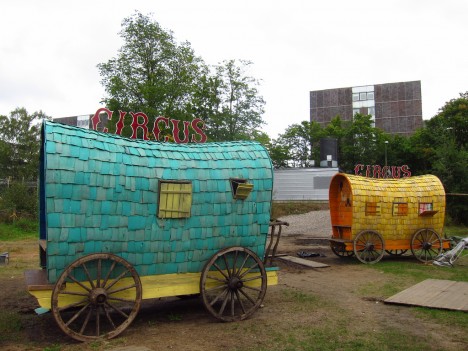 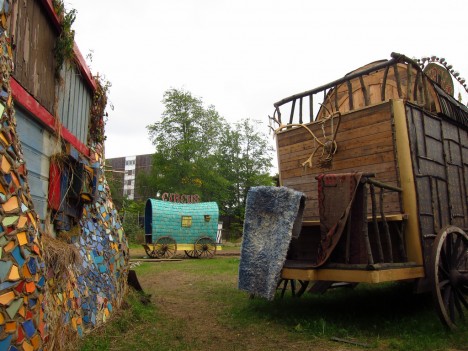 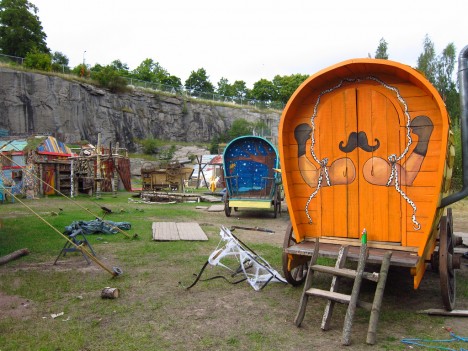 Hmm, an abandoned prison or an abandoned circus… why not both?! Such a serendipitous combo actually exists though you’ll have to visit Turku, in southern Finland, to witness it in person. Thankfully we can enjoy some of the sights (and none of the sounds) courtesy of Flickr user Syn, who snapped the images above in September of 2012. The prison is seen indirectly; on the photographer’s side of the fence (we can’t explain that either) in the first image and out of frame at the top of the cliff in the final photo. 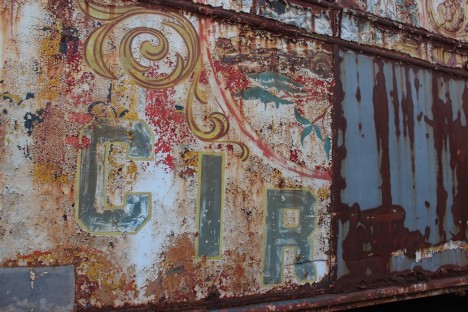 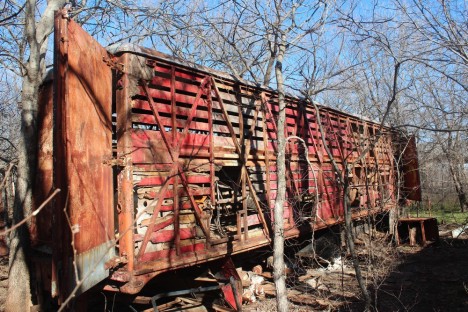 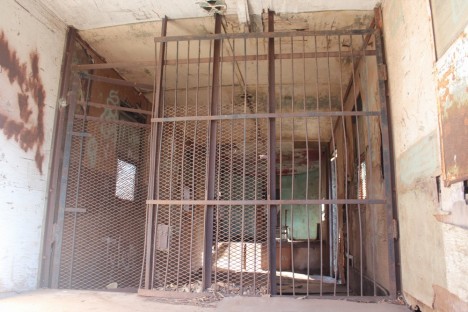 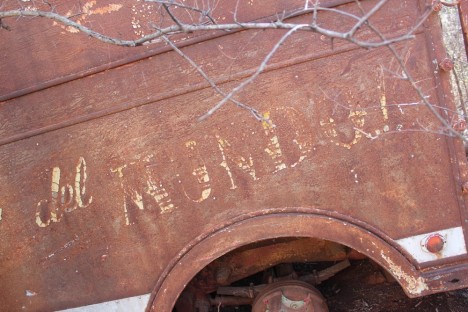 This desolate yard marks the final resting (or should we say, rusting) place of Gandini’s Circus, holding all that was left after its organic components scattered to the four winds… and if you were a lion (or a Joad) in Depression Era Oklahoma, you’d best scatter very far indeed. Full props to urban explorer Michael Schwartz at Abandoned OK for these and other images of the former Gandini’s Circus. 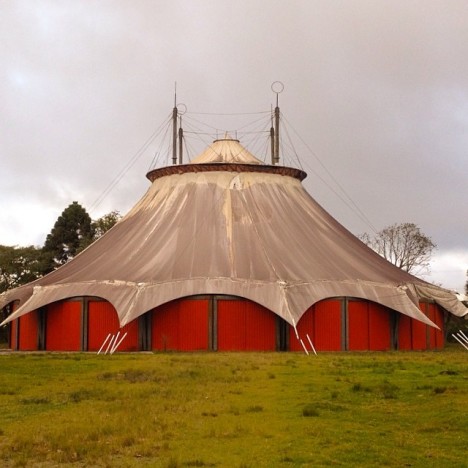 A tip of the cap to photographer Monique Mika for the strikingly beautiful shot above. Tagged simply “abandoned red circus” and “Brazil”, the stained but still standing structure seems to exist out of place and out of time… and, it would appear, out of visitors.