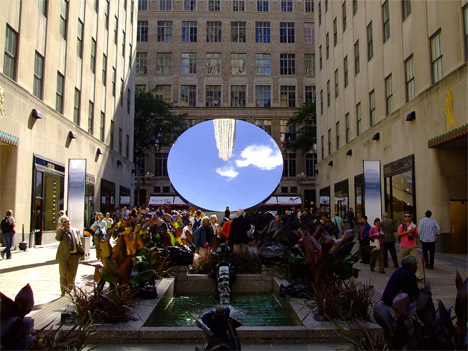 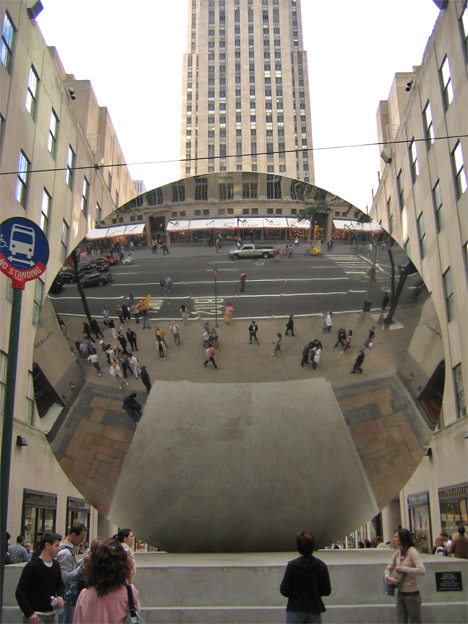 Installed in various settings throughout the world, from the streets of New York to the serene Kensington Gardens in London, Anish Kapoor’s Sky Mirror is a six-meter-wide concave dish of polished stainless steel angled up to the sky to reflect the surrounding environment as it changes throughout the day. 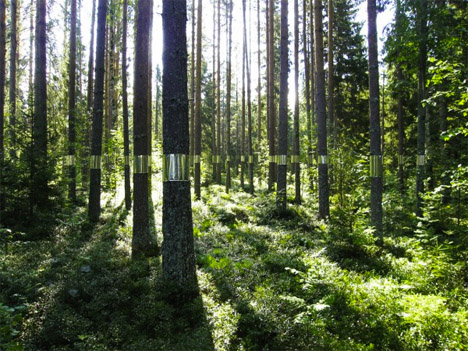 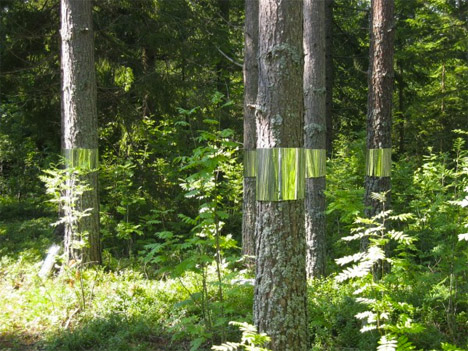 This project by artists Joakim Kaminsky and Maria Poll is so simple, yet has such a dramatic effect. Mirror-coated fabric was simple stretched around the trunks of trees at a certain height to produce the illusion that the trees have been cut in half, their tops floating in mid-air. The installation aims “to visualize a memory of earlier generations of pine trees that had stood here and forecast the clear cut that will soon replace them.” 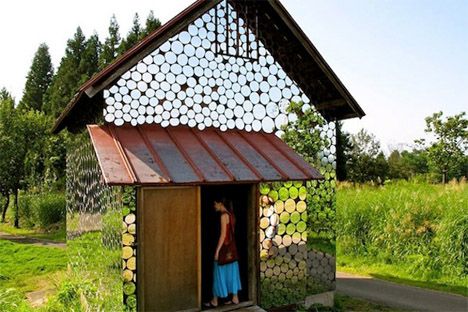 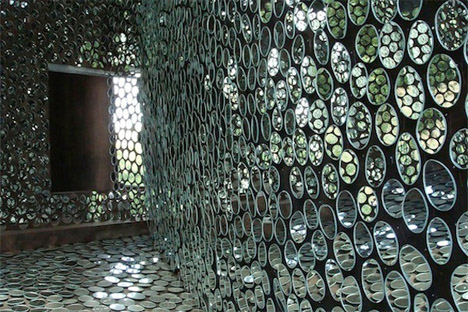 Small round mirrors applied to both the outside and inside of a tiny house in a Japanese forest almost manage to make the structure disappear altogether. Artist Harumi Yukutake sought to demonstrate how built structures can take away from the natural environment by producing the opposite effect, literally reflecting what it would look like if the building wasn’t there. 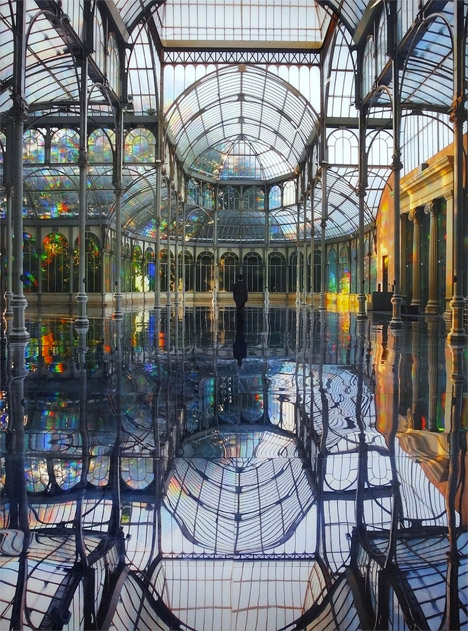 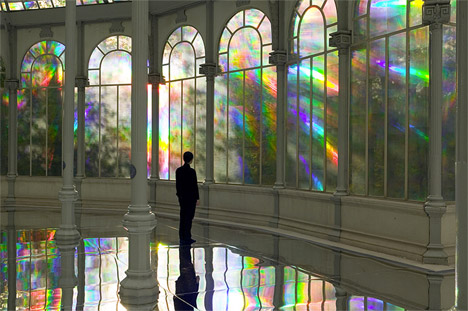 Have you ever wondered what it would be like to stand inside a rainbow? ‘To Breathe – A Mirror Woman‘ by Kimsooja comes close to approximating that experience. A mirrored floor temporarily installed in Madrid’s Palacio de Cristal reflected the rainbows that came pouring in through a special translucent diffraction film applied to the windows.