This Space For Rent 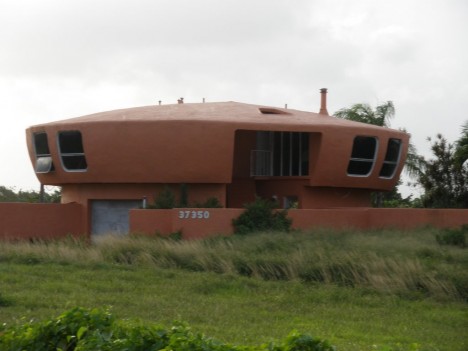 Eventually the UFO House was painted terra-cotta pink and was bought by an absentee owner, possibly a doctor whose main residence was in Brooklyn, New York. Other sources state the home and its environs have appeared on local real estate listings from time to time but the chronically deteriorating state of the structure (and likely, its isolation) have conspired to discourage potential buyers. 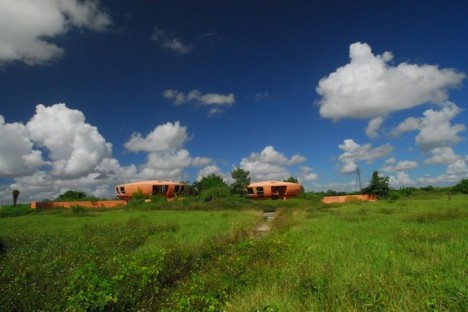 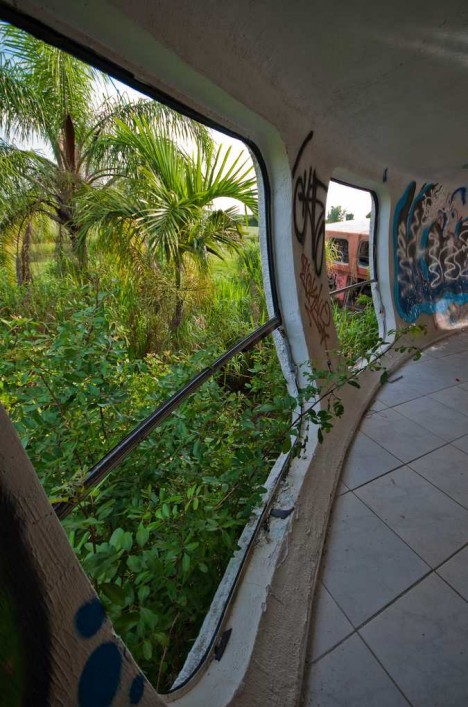 The UFO House was to suffer a pair of final blows (one literally) that would effectively seal its fate. The first was 1992’s Hurricane Andrew, a Category 5 storm that found Homestead directly in its path and caused severe, wide-ranging devastation. The second was the City of Homestead condemning the house (or houses – it’s actually two homes with their own kitchens and bathrooms, connected by a walkway) and thus guaranteeing its eventual demolition. 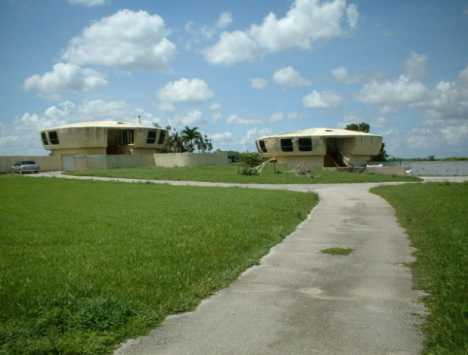 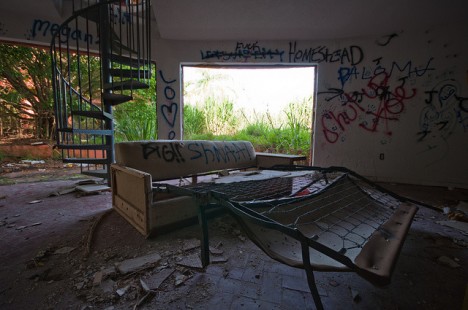 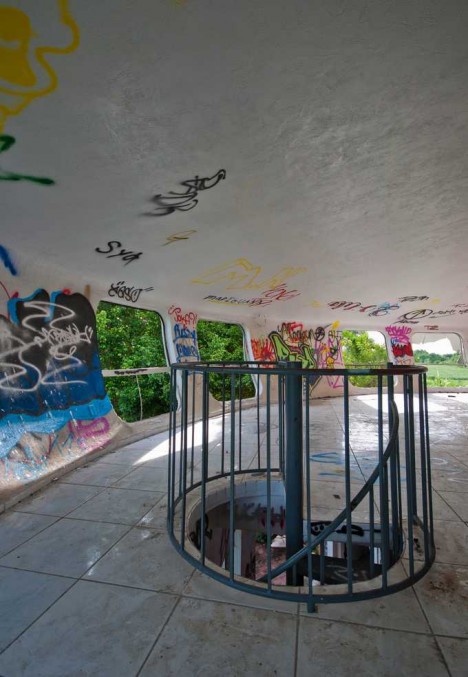 Perhaps knowing the end was near, various reputable urban explorers such as AbandonedFL along with less-upstanding vandals, squatters and graffiti artists took advantage of the property’s vacant and accessible state. Though the depredations of the latter can’t be excused, the effects do serve to add just the right amount of post-apocalyptic atmosphere to AbandonedFL’s haunting images.