Painted pink and encrusted with graffiti, the abandoned UFO house in Homestead, Florida, has a backstory as mysterious as its otherworldly architecture. 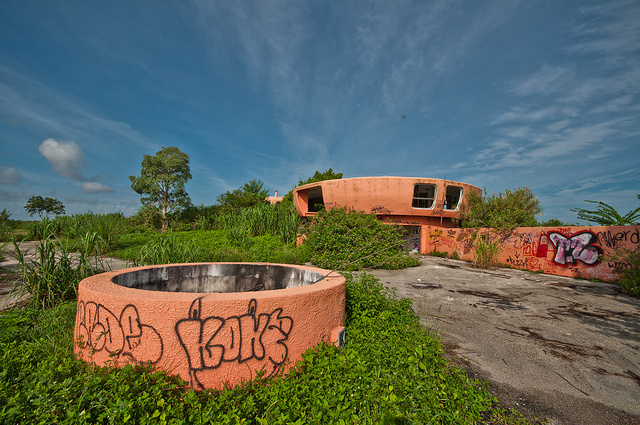 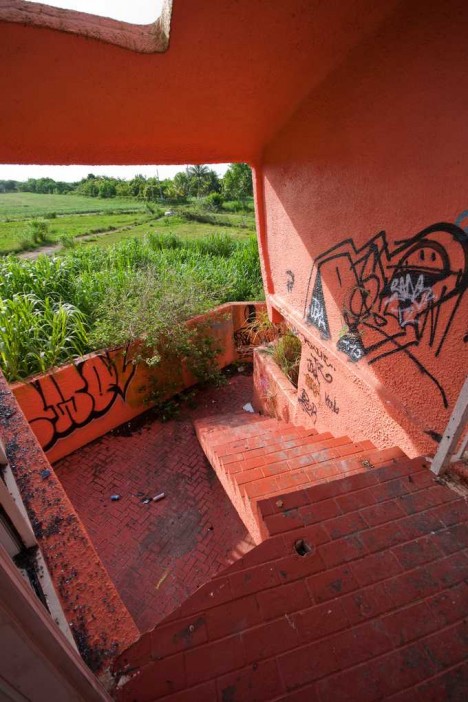 Located in Homestead, Florida, the so-called “UFO House” (or “Alien House”) was built around 1974 when the town’s population was roughly 15,000. Forty years later, Homestead is home to just over 60,000 yet the UFO House, situated at 37350 Southwest 214th Avenue, is still remarkably isolated… as if the original owner wasn’t interested in having neighbors, EVAR. Credit Abandoned Florida for many of these crisp, clear & creepy images. 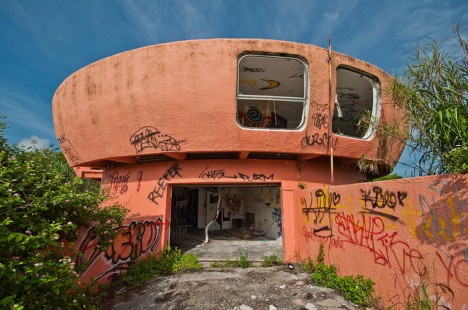 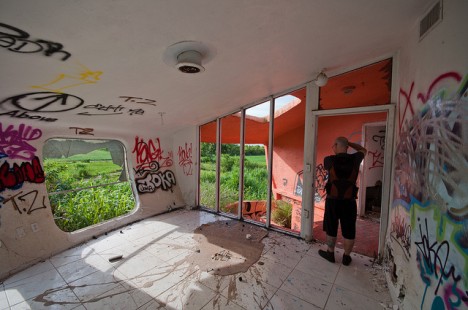 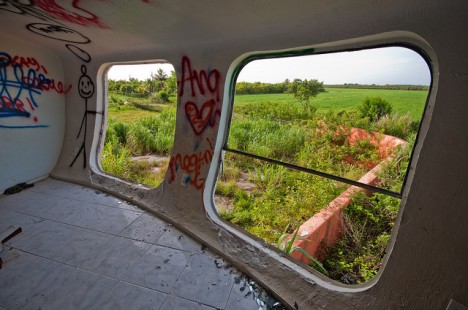 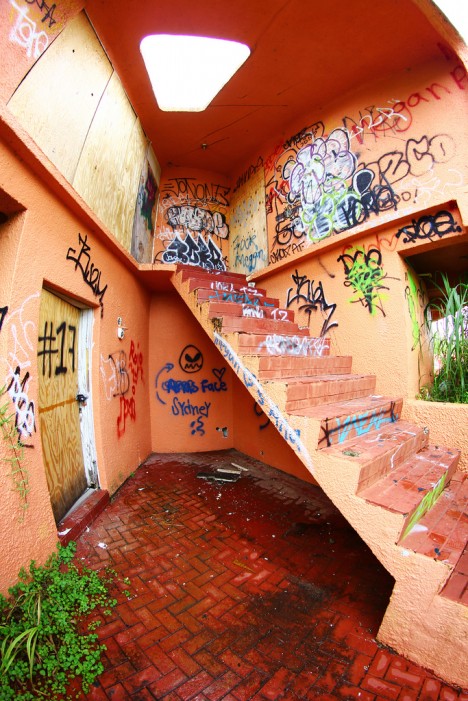 Lessee now, why would someone of obvious financial means in ’70s south Florida take steps to ensure exclusivity above and beyond the call? One doesn’t have to consult Sonny Crockett and Rico Tubbs to arrive at a plausible explanation and a decades-long rumor mill has helped fill in the gaps. The prevailing theory goes something like this: the original builder-owner was allegedly involved in drug trafficking using the front of being an exotic animal importer. The contraband was supposedly hidden in compartments built into the floors of the animal cages. Say hello to my leetle friend, Tony Montana the Tiger! 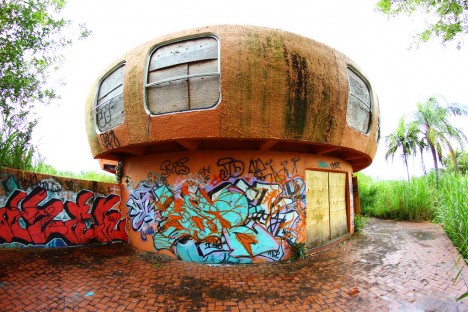 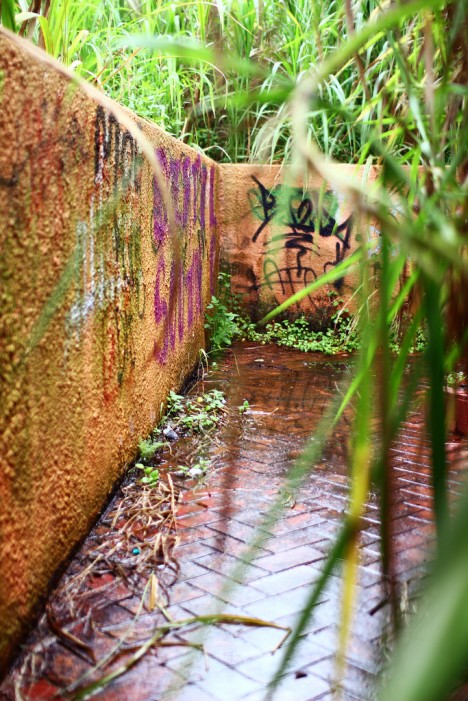 “My friend lived down a dirt road from this place,” relates someone who visited the UFO House around 1979. “It was out in the middle of agriculture fields off of Palm Drive as I remember. We used to ride her dirt bike down there to look at these exotic animals that were caged in back of the house, mostly big cats like tigers and jaguars. We had heard the rumors about it being a drug smuggler using the animals as a cover and one day when we went around the outside of the property a man came out of the house, jumped into a car (old Monte Carlo?) and chased us through the fields. We were terrified and he wouldn’t let up until he caught up with us (we were just 2 twelve year old girls tearing along these dirt roads on a tiny dirt bike). He finally caught us and told us not to ever go back there.” Thanks to Flickr user KACP (Kris Alan Carter Photography) for the above images.