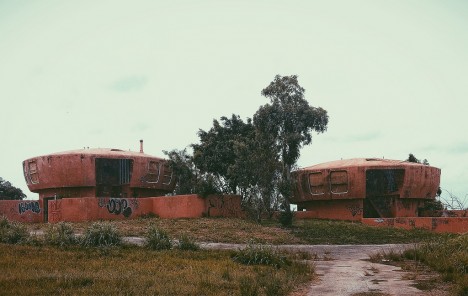 Full props to Flickr user Drew Perlmutter for capturing (above) the exceedingly seedy sense of decay permeating the UFO House sometime during its last remaining days. The shot shows why the house would make an excellent anti-zombie fortress or the ideal abode for, say, someone desiring privacy in the worst way. 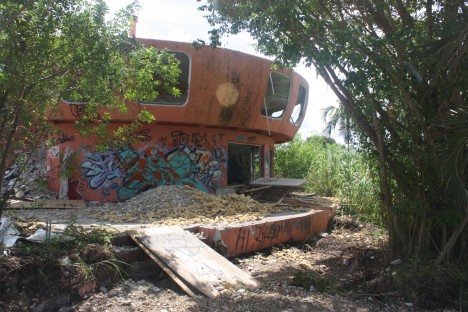 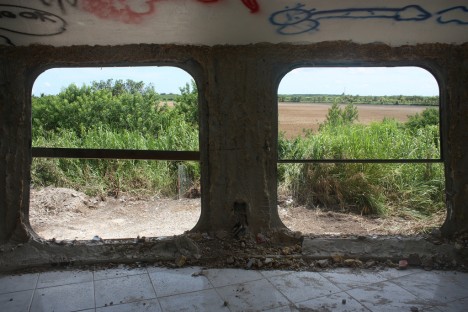 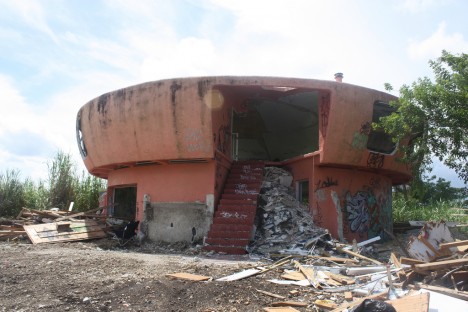 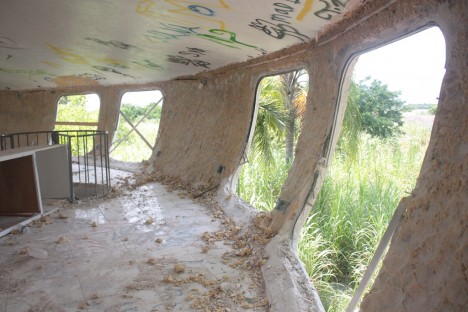 Kudos to Flickr user _saamsayshi for being in the right place at the right time (August 24th, 2013) just as the UFO House’s close encounter with City of Homestead wrecking crews was getting under way. 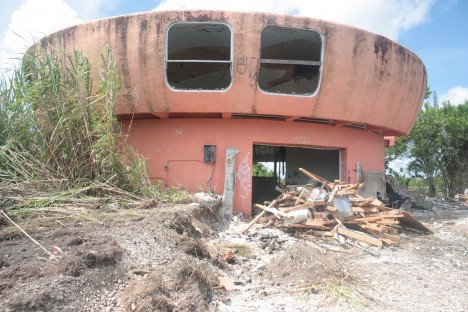 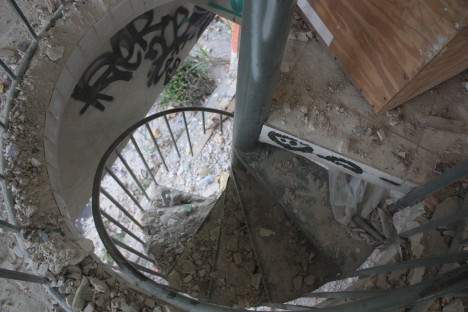 The UFO House’s de-construction couldn’t have taken very long and the site’s once-prized isolation hopefully wasn’t a drawback – sketchy contractors might have been tempted by the convenient proximity of the Everglades. As for the possible presence of asbestos, the house was built in the early 1970s and the presence of the toxic material cannot be discounted. 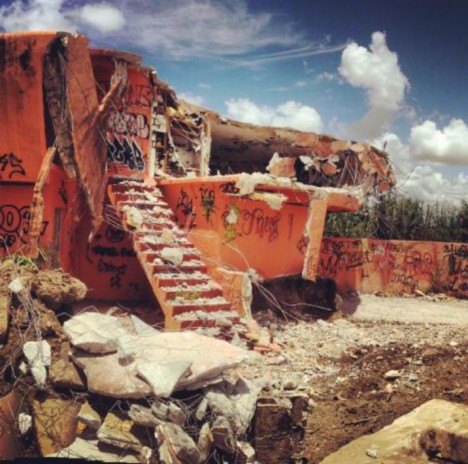 This might possibly be the last photo taken of the UFO House before it was smashed flatter than a saucer, flying or otherwise. Hints of its construction method – concrete spread over wire mesh forms – are visible, relating the house to other such large-scale rounded structures such as Seattle’s Fremont Troll. Did the wreckers uncover any long-buried, illegal swag while tearing down the UFO House / exotic pet holding center? Since no answers are forthcoming, we’ll let the readers read between the lions.