Four wheels fixed onto an ordinary wood pallet have transformed it into a skateboard of sorts that can slide down tram tracks in Bratislava, Slovakia. The rails in the city happen to be just the right width to fit a standard Europallet perfectly, turning the humble warehouse staple into a personal vehicle. 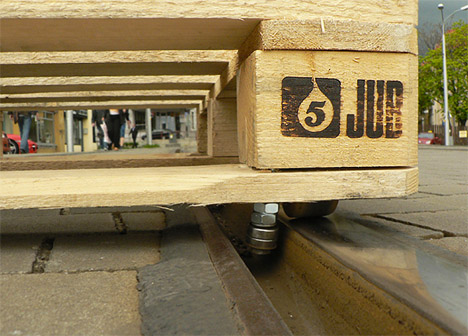 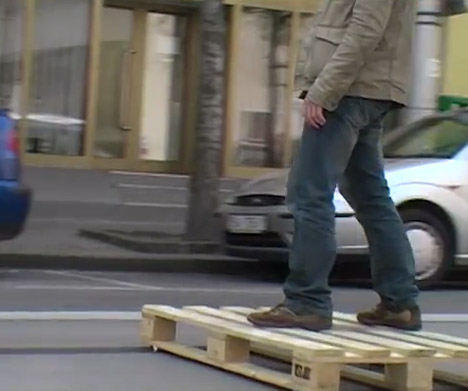 While the streetcar systems of many cities run on wider ‘broad gauge’ tracks, Bratislava is among those with a one-meter width. Other cities where the pallet tram hack would work include Antwerp, Basel, Belgrade, Bern, Frankfurt, Helsinki and Zurich. Watch it in action at Vimeo. 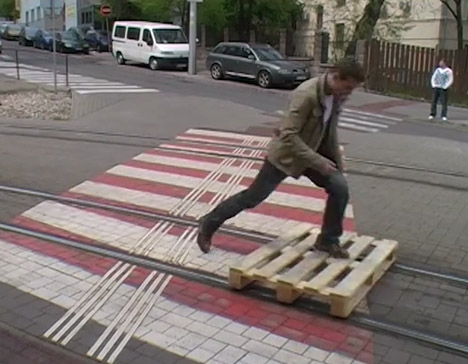 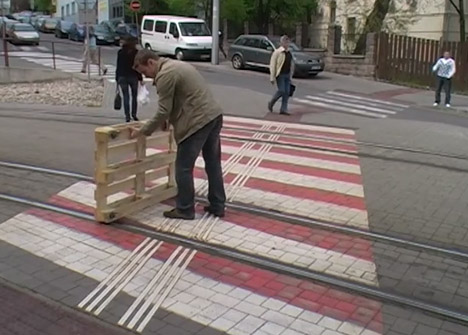 Slovakian artist Tomas Moravec says of his project, “A new transport vehicle brings change into the spatial perspective of a passenger in motion and generally changes the life of the city, through which the pallet can run, guided by a map of the city lines.” 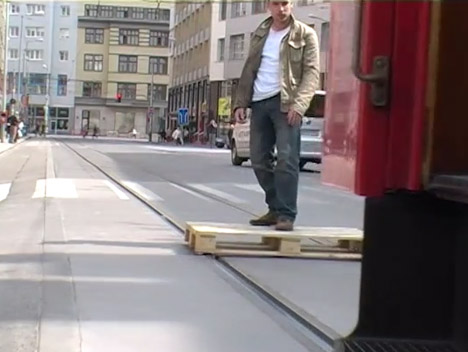 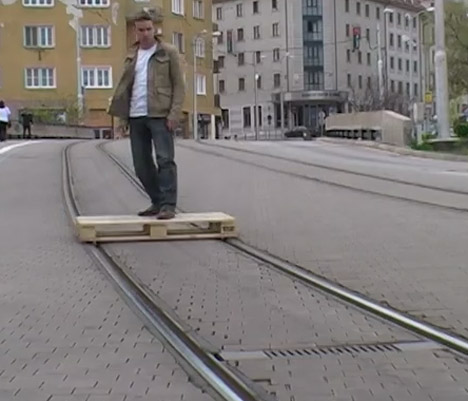 Where pallets were once used just a couple times and then thrown away, now they’re reclaimed for all sorts of projects, often requiring very little modification. Check out 13 DIY pallet projects for porch swings, home theaters and garden trellises, as well as 19 more clever pallet creations.