Dark Knight at the Chocolate Factory 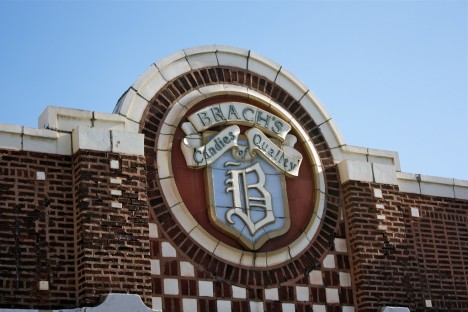 The Brach Candy Company‘s sprawling “Palace Of Sweets”, which opened in 1923, is the confectionery counterpart to Detroit’s monumental Packard Plant and the main reason Chicago was once known as “The World’s Candy Capital.” The factory closed in 1999 after 76 years, blaming rising sugar and labor costs – operations were moved to Mexico where both commodities are much cheaper. 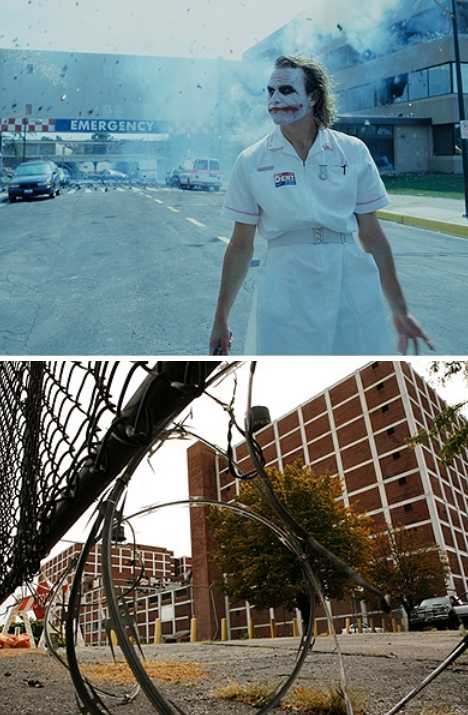 The Brach’s factory achieved a measure of notoriety after its closing when it masqueraded as Gotham Hospital in the 2008 film The Dark Knight. The Joker, played by the late Heath Ledger, set off a bomb that destroyed the factory’s administration building. Most of the abandoned factory complex remains in situ and undamaged, which is nice considering the Batman film franchise shows no sign of running out of steam. 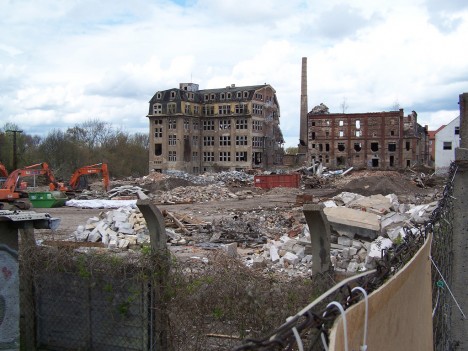 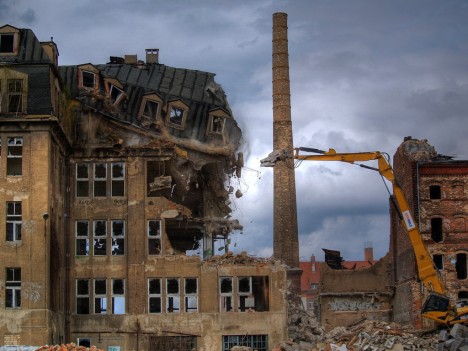 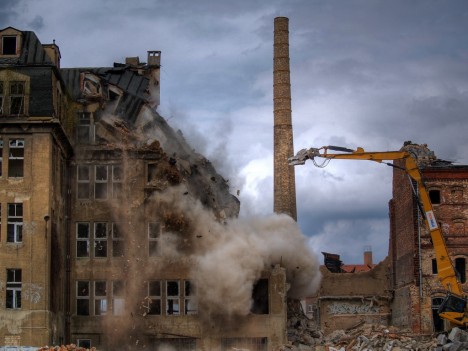 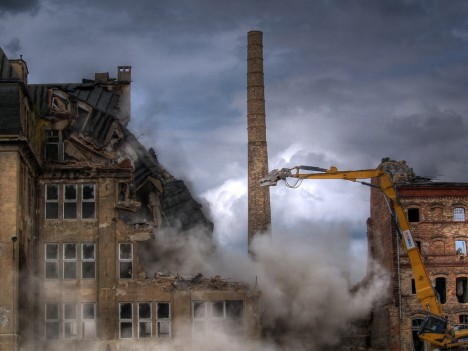 The Most chocolate factory in Halle, Germany, opened in 1875 and enjoyed a long and successful history until after the end of the Second World War, when it wound up on the wrong (aka, soviet-occupied) side of the postwar border. The factory struggled on through the fall of communism but reunification with the former West Germany wasn’t helpful – competition with more efficient chocolate-making operations did what decades of Marxist mismanagement couldn’t. A tip of the hat to Flickr users gynti_46 and baerchen57 for capturing the Most chocolate factory’s sad final days in April of 2008. 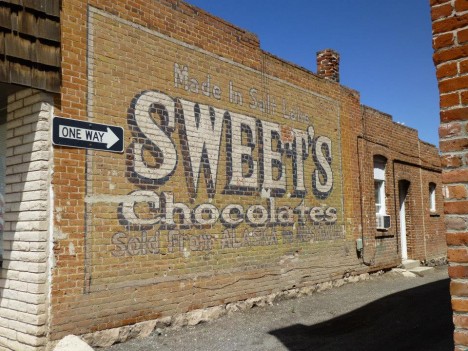 A chocolate factory? In my Utah? It’s more likely than you think: The Sweet Candy Company was and is a Salt Lake City fixture. Opening in 1900, the Sweet’s factory in Utah’s capitol city soldiered on until 1999 when the company moved into a state-of-the-art 180,000 square foot manufacturing and distribution facility three miles south of Salt Lake International Airport. Sweet’s old signage may have faded but their stirring made-in-the-USA story marches on!