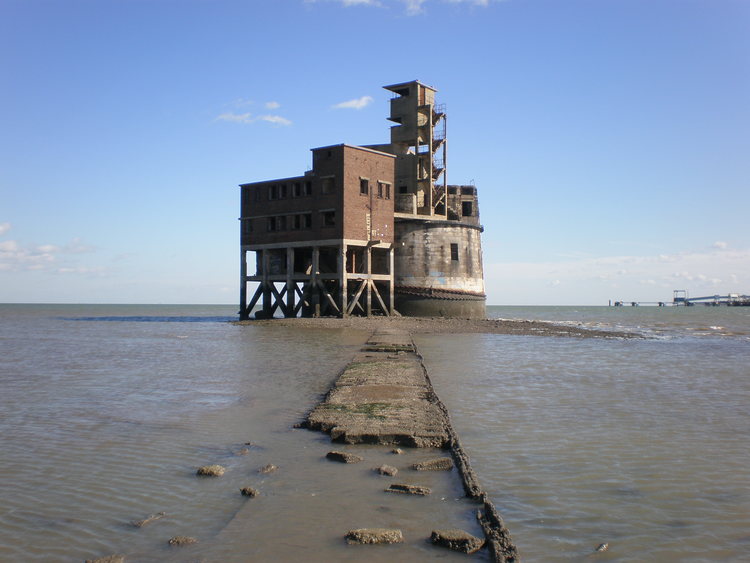 Built in the 1860s and now on sale for half a million pounds (under $1,000,000) , it is hard to beat what this sea fort offers by way of views, a prestigious address (No 1 Thames) and amazing location (a short commute by speedboat from London). 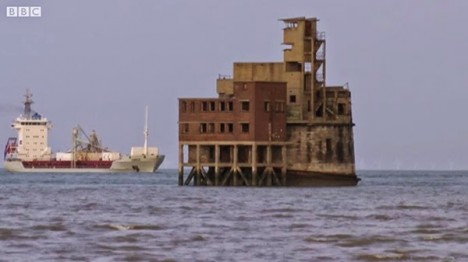 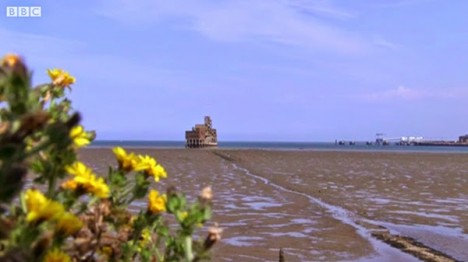 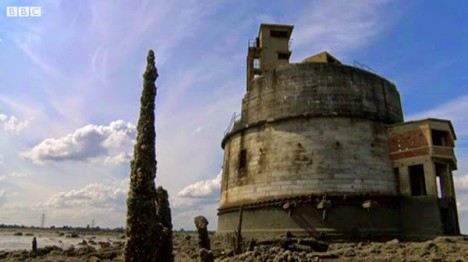 The massive fortified structure (featuring 15-foot-thick walls) can be accessed by boat or walked to when the tide is low, albeit a long and muddy way to go. A BBC interview (screenshots above and below) shows both the problems and potential of this amazing piece of real estate – there are precedents, too, for converting old British army and sea forts as well as harbor bases. 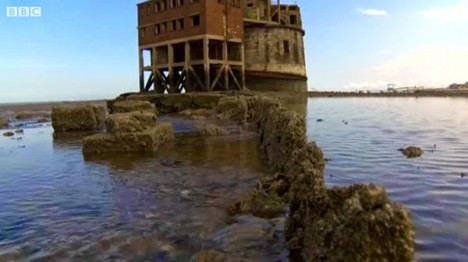 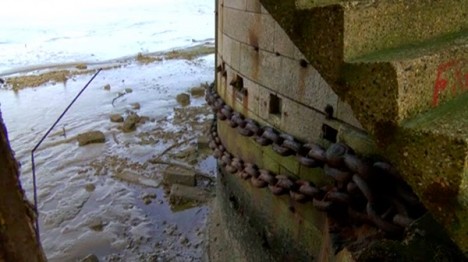 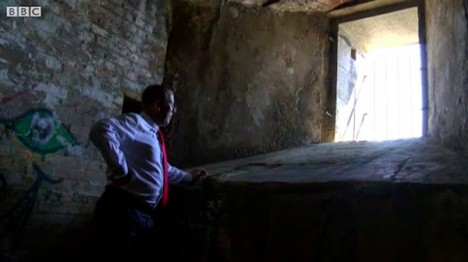 The current owner purchased the property from the Crown Estate, which is to say he approach the “Lord High Admiral for Her Most Excellency Majesty Queen Elizabeth”, made an offer and had it accepted. 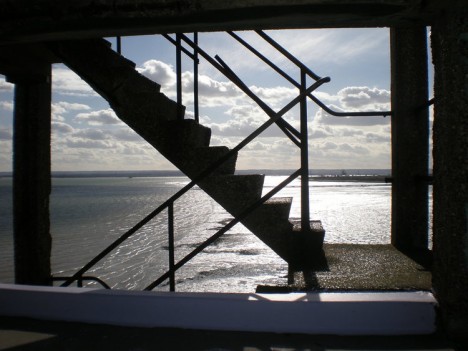 However, the buyer-turned-seller, himself a London resident, never found the time or funds to refurbish the place, so it remains in a state of partial decay – a would-be purchaser should expect a significant outlay for renovating the building’s exterior and interior alike. 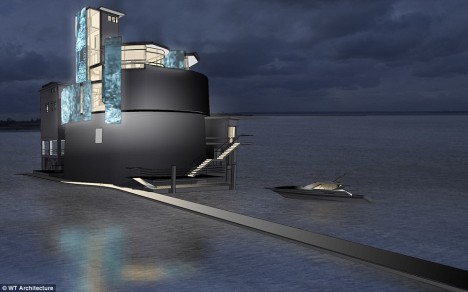 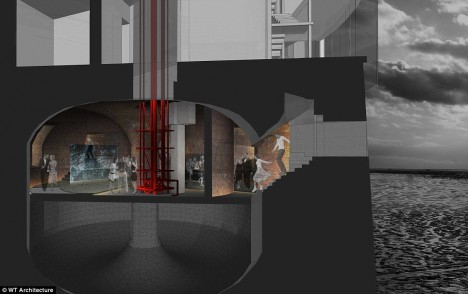 Still, for someone with a fortune as well as a vision, it is hard to imagine a neater place to escape from city life. The firm WT Architecture has already taken a stab at conceptual designs for rehabilitating to structure (renderings shown above and below). As their drawings illustrate, there is a rich variety in terms of materials, shapes and spaces to work with, including a cavernous central stone circle with a tall wood-and-concrete watchtower and an adjacent rectangular brick structure (that could be used for guests). 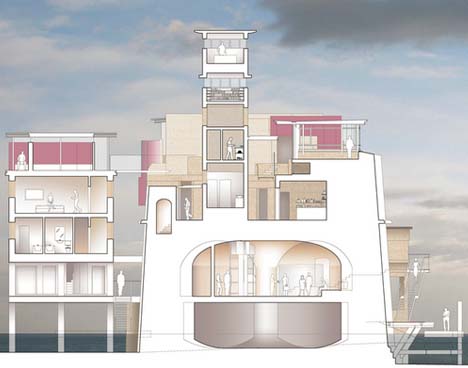 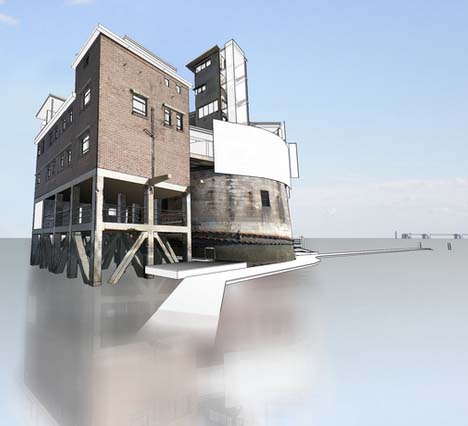 As BldgBlog notes, “At first glance, it’s an amazing offshore castle, a fairy tale artificial island of 19th-century military Romanticism roughly an hour’s boat ride east of London. But don’t jump in too quickly, lest you overlook the ruinous state of the place: it needs almost literally everything, from plumbing to electricity, glass windows to the most thorough cleaning you could imagine, having been open to the oceanic elements for decades”