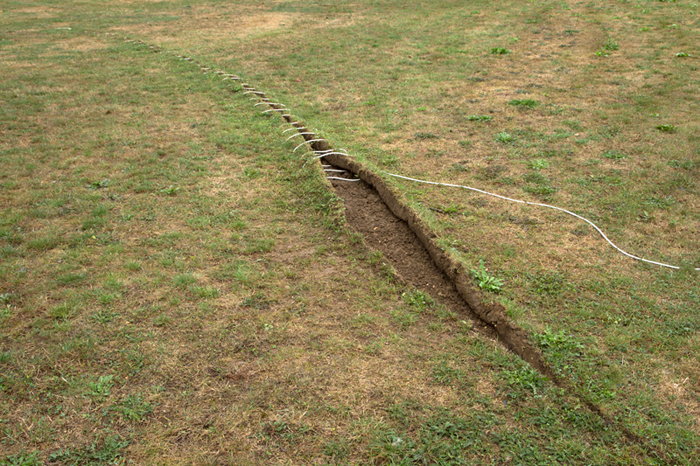 Ground Operation is a conceptually simple earthwork: an incision made in a grassy landscape is pealed back then stitched back together, much like an open wound after an injury or surgery. 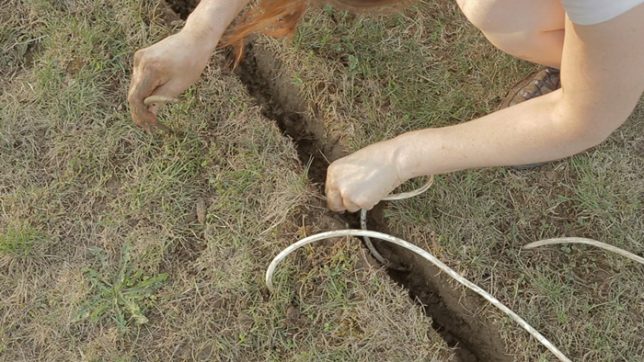 French artist Estelle Chrétien sliced open the ground then wrapped electrical cables through it like shoelaces, either in the process of being tied or becoming undone (a mystery left for the observer to unravel, as it were). Her use of cabling is also very intentional, meant to raise questions about what we put into the Earth and how we use it — a surfacing of the secret infrastructure that lurks below. 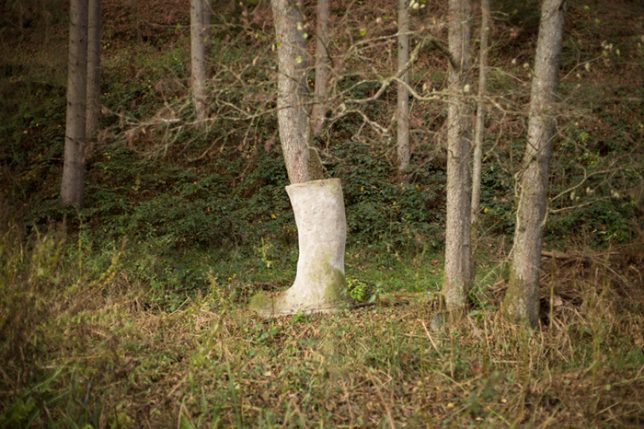 Similar techniques, themes and materials can be found in other works by the same artist, who has wrapped hay bales in crocheted covers and put boots on trees. 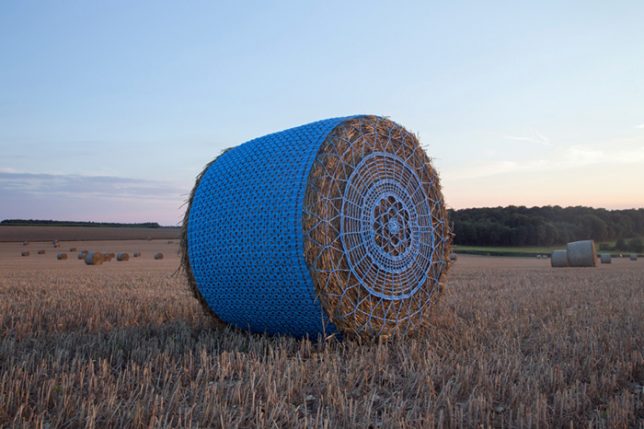 “While in Portugal, I learned how to crochet, and I had this piece of blue agricultural baler twine in a box and the idea of [making a hay bale wrap] came to me,” she says. “When I went back to France, I made it and put it in a field just before farmers stored their bales. I liked working in the middle of a barley field, but most of the work was made at home, so I decided to work outside with my hands more often after that.”