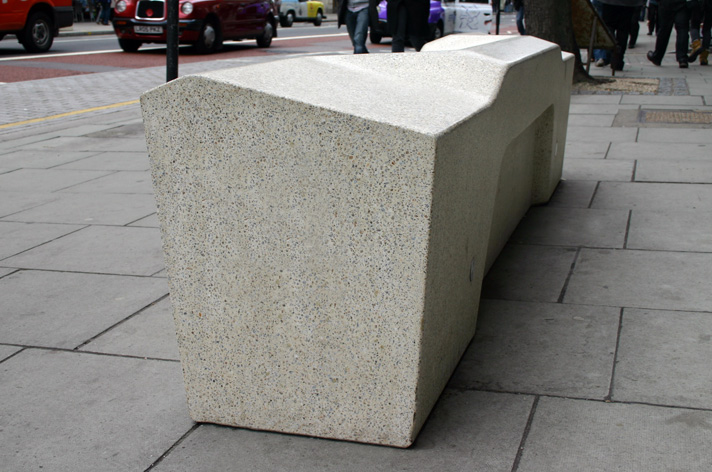 While many individuals desire multi-functional and space-saving furniture, many cities want quite the opposite: an object that one can sit on but that foils attempts at anything from sleeping, littering and vandalism to street theft and drug-dealing. 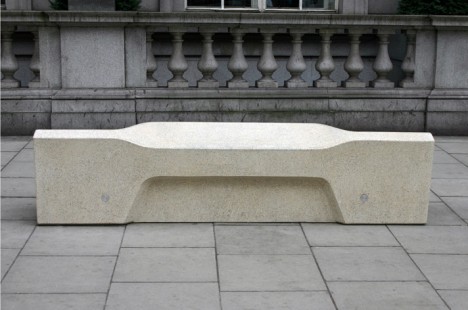 Designed by Factory Furniture and named after the city for which it was commissioned, the Camden Bench is largely (and fascinatingly) defined in the negative, its creators boasting what it cannot do rather than what it can do, made to “resist criminal and anti-social behaviour.” It all sounds well and good in theory, but in practice: does this approach constitute  a public service or an unnecessarily prohibitive way to design urban furniture? 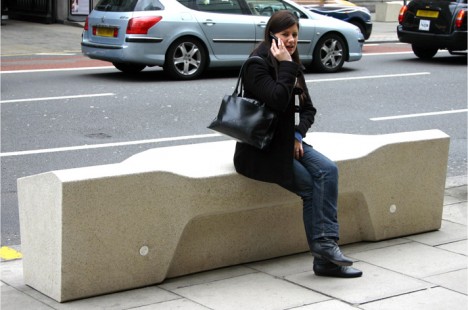 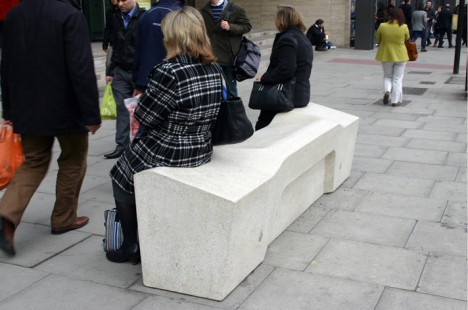 Made of cast concrete, the bench’s ridged top and sloped surfaces make it hard to lie down on and help keep skateboarders at bay, while its smooth finish is made to be graffiti-resistant. Its solid sides feature no slots or crevices in which dealers could hide drug stashes, while its slight recesses allow sitters to slide their bags safely behind their legs. Its smooth finish and lack of gaps also help keep it clean – dirt has nowhere to accumulate and water washes grime away. 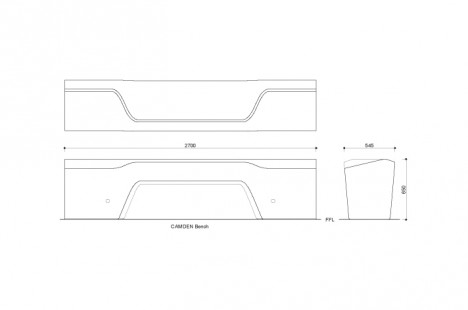 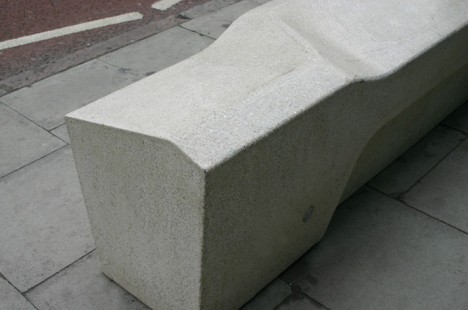 As Frank Swain muses on Medium, “it a strange artifact, defined far more by what it is not than what it is. The Camden Bench is a concerted effort to create a non-object. [It] is strange kind of architectural null point. A piece of the city that by design will not interact with it in any way. It is a bench by the slimmest of margins – hardly comfortable, affording none of the qualities that would make it more than simply a place to sit. This is the bench’s sole concession to being part of the city, and it does it with the least conviction possible.”