The Amphibious Home by Juan Castanos 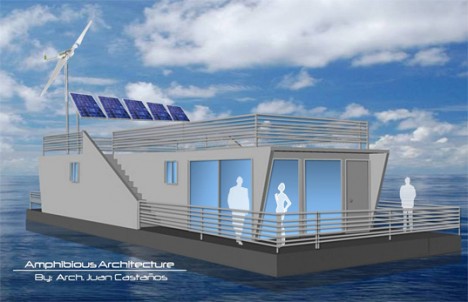 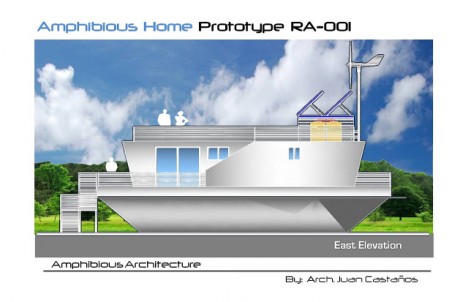 Architect Juan Castanos envisions self-sustaining amphibious cities starting with this amphibious house design, which rises with flood waters, but remains stationary. During an emergency, the house can become entirely self-sufficient, producing its own electricity, water and sewer supply along with a garbage compacter. The houses would be prefabricated in economically depressed areas of the United States. 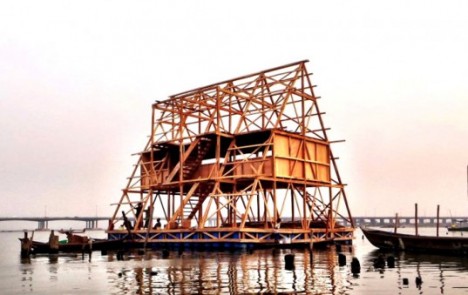 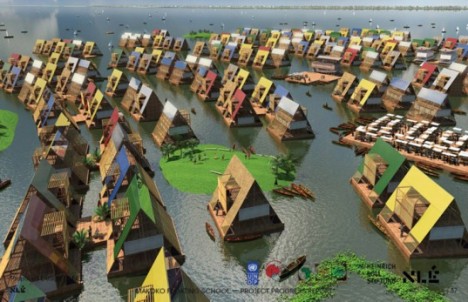 Residents of Makoko in Lagos, Nigeria have been building houses on stilts for generations, going from one strutter to the other via canoe. As sea levels rise, officials threaten to tear down the entire community, leaving 250,000 people looking for a new place to leave. Architect Kunle Adeyemi sees a solution in floating structures with improved sanitation features. The first completed example is a three-story solar-powered school with its own rainwater harvesting system that was completed for under $7,000.

Amphibious Houses for the Netherlands 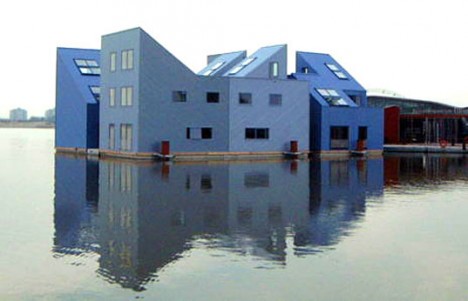 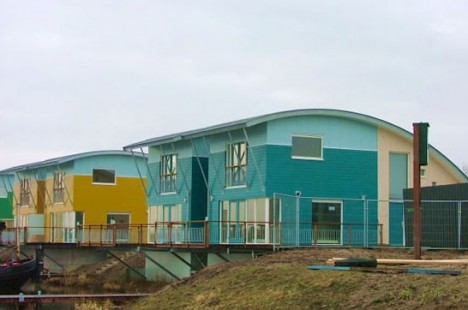 Unlike houseboats, these amphibious dwellings by DuraVermeer and WaterStudio in the Netherlands are being constructed on solid ground. They’ll only float in floodwaters rise high enough to require it. Constructed of lightweight wood with a hollow concrete base that provides buoyancy, the houses are tethered to 15-foot-long mooring posts with sliding rings.