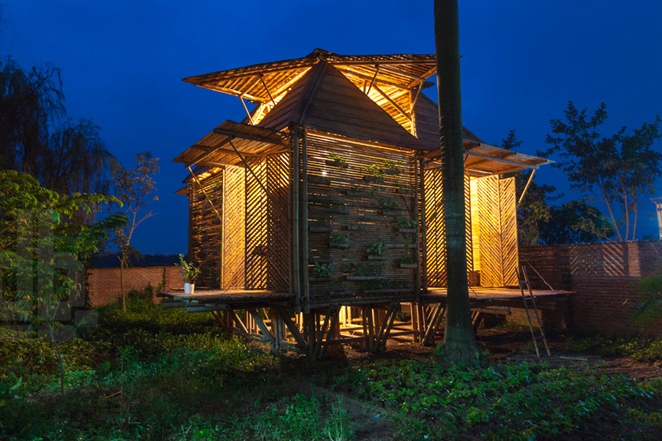 Instead of trying to beat back rising water levels, these innovative structures work with them, adapting from land-based to floating houses with the ease of an amphibian. From a DIY foam-based flotation system on a modest home in Louisiana to high-tech, self-sustaining disaster pods, these buildings are ready for whatever Mother Nature might throw their way – even 10-foot floodwaters. 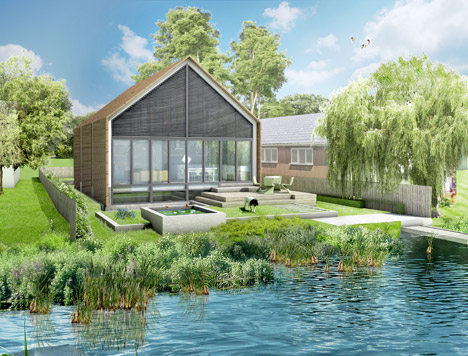 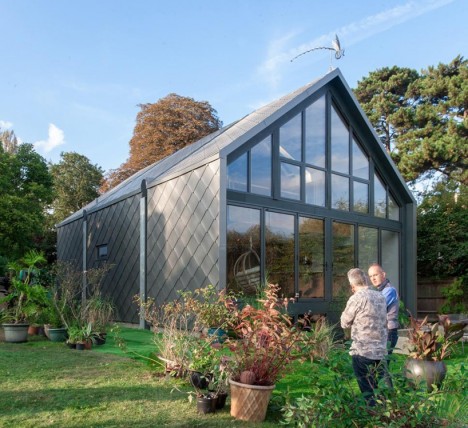 Located on the Thames River, the UK’s first amphibious house is nearing completion. Baca Architects designed the home for a couple who wanted to live on a flood-prone island in the river, integrating a terraced landscape that acts as an early warning system that the waters are rising. The terraces will fill with water before the ‘wet dock’ under the house does, and then the home itself will gently rise to stay above the surface.

Foundations That Float Above Floods 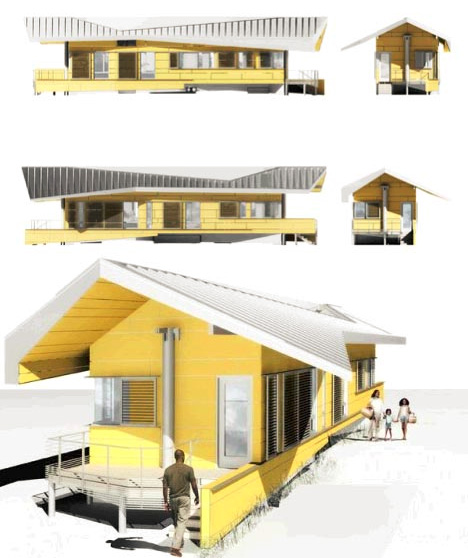 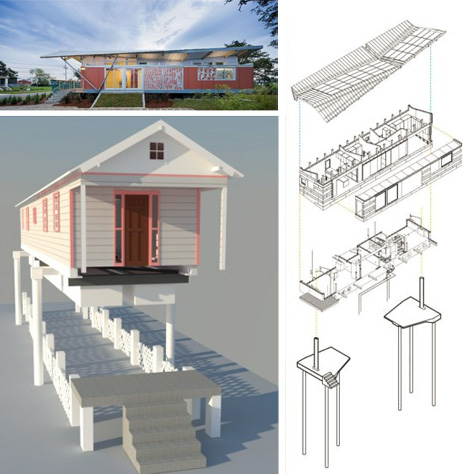 The Buoyant Foundation Project has come up with a solution to retrofit existing homes in post-Katrina New Orleans in anticipation of future storms and floods, allowing the structures to lift off the ground in an emergency. Buoyancy blocks would be installed beneath the sub-frame of the home, while four corner guideposts keep the building in place as it rises with the water. 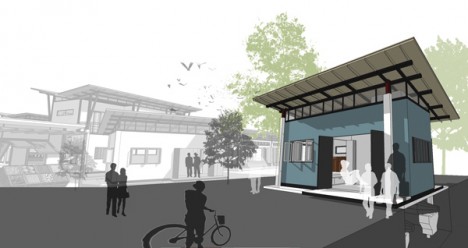 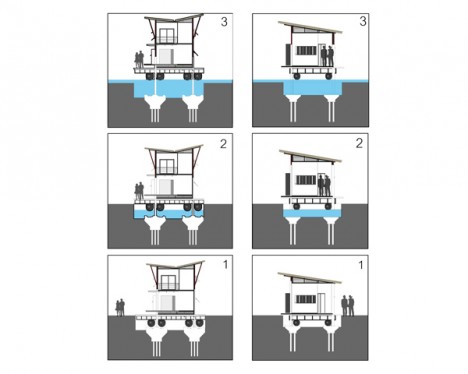 Flooding in Thailand gets worse with each passing year, now occurring in off-seasons and in areas that haven’t historically been flood-prone. Site-Specific looks to the nation’s past for an answer, in the form of homes that were built as rafts. This idea can be adapted even to communities that aren’t built directly on the water in the form of amphibious homes built over trenches, which fill with water first, raising the structures as the water rises. The entire prefabricated steel flotation system is hidden in the trench beneath the house during the dry seasons. 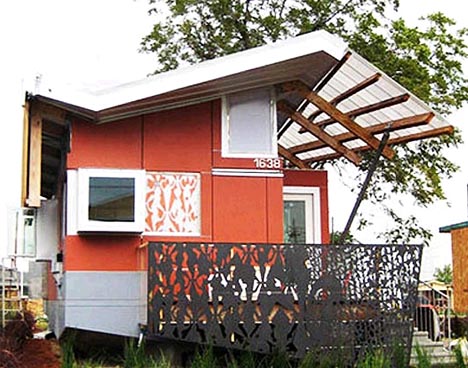 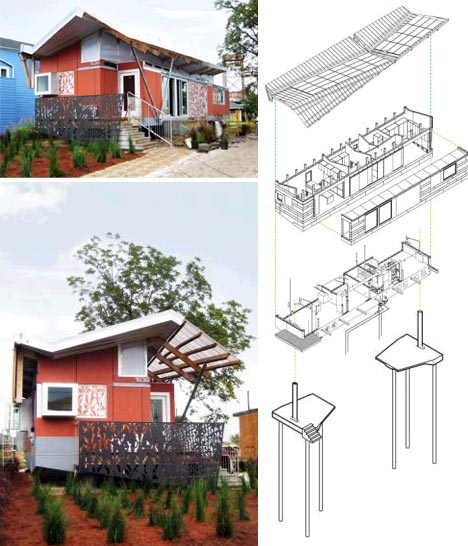 New Orleans design firm Morphosis, which has designed many of the city’s most innovative post-Katrina architecture, came up with a home that will rise up on the surface of the water in the event of flooding but remain tethered to vertical guides. Sponsored by Brad Pitt’s Make it Right Foundation, the house uses the region’s classic narrow shotgun house typology and adapts it for the realities of the present time.