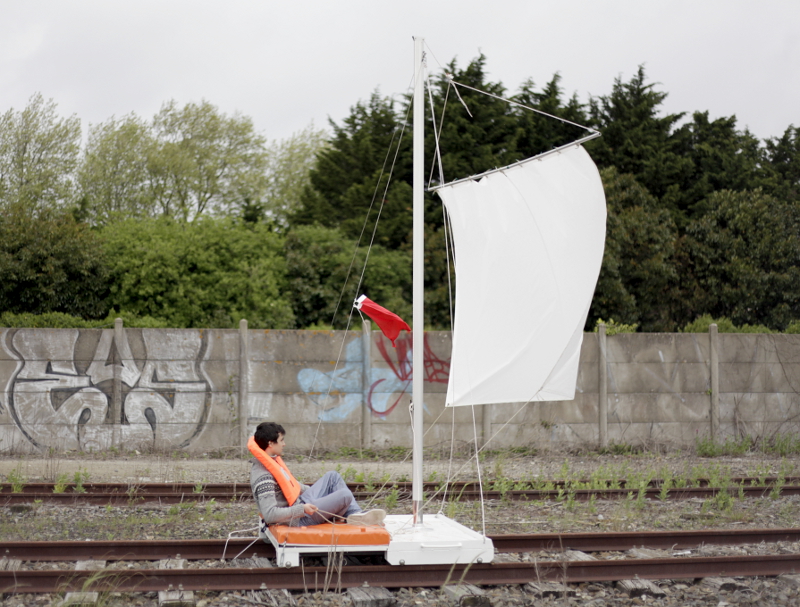 Before the abandoned railroad tracks of Paris officially disappear – which is bound to happen, as cities realize the potential for reclamation as High Line-style parks – some intrepid locals are taking the opportunity to explore. “Train Project” by French design studio HeHe is a series of fun, quirky handmade vehicles that traverse the city on a line that most local residents never get to experience firsthand. 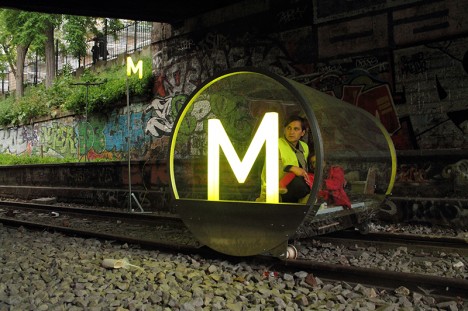 The autonomous vehicles include ‘Metronome’ and ‘M-Blem,’ two transparent, cylindrical solar-powered electric vehicles, and the sailboat-inspired ‘Radeau de Sauvetage.’ HeHe also developed additional vehicles made for train tracks in other cities, like an individual transport system to transfer objects from one place to another in Slovakia, and a one-person platform making use of the urban tracks in Istanbul. 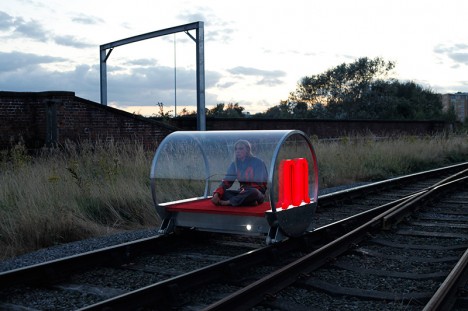 HeHe calls The Train Project “an ongoing body of speculative investigation into the language and aesthetics of transport culture,” proposing personal rail travel as “a temporary, imaginative solution to question our industrialized conscience in relation to locomotion.” 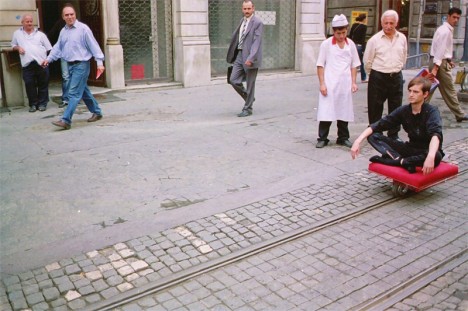 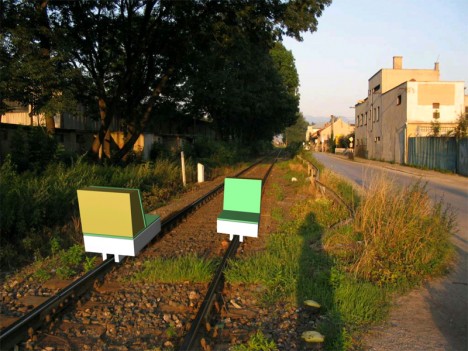 The collective invited members of the public to travel on the vehicles, “journeying through space and time to experience the past and future of local transportation networks.” The idea is to take a picturesque trip through areas of the city that can’t be seen from the roads, reclaiming spaces that have been left to deteriorate until they’re inevitably integrated back into the functional urban landscape. 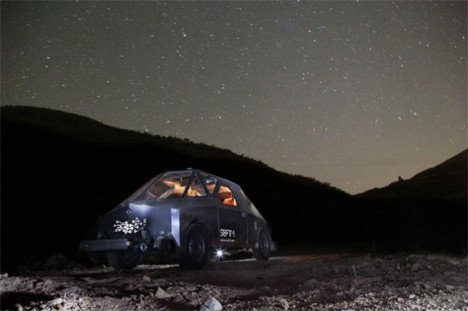 A similar project (above) explored sections of the 5,500-plus miles of abandoned railroad tracks in Mexico with the retro-futuristic SEFT-1, modeled after a midcentury vision of a spaceship.