Filling in the Gaps with Paper Geodes 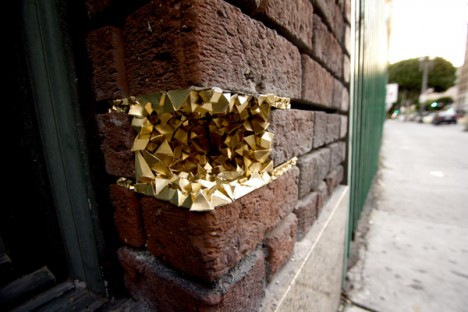 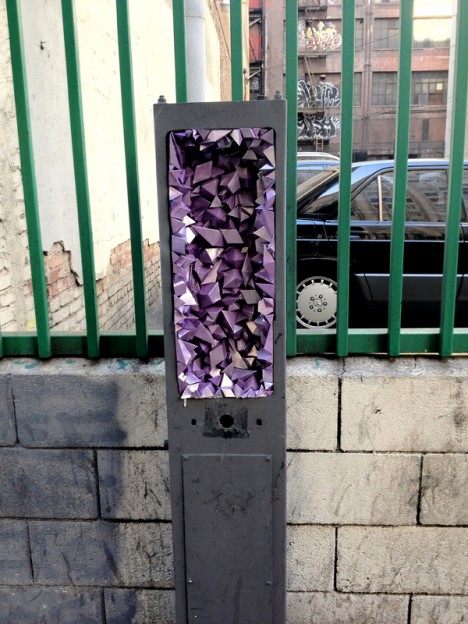 Bricks missing from buildings host realistic-looking geodes made of paper by artist Paige Smith of A Common Name, adding a little glimmer to rough and weathered surfaces. While they’re most often overlooked, those interested can find them throughout Los Angeles with the help of this map. 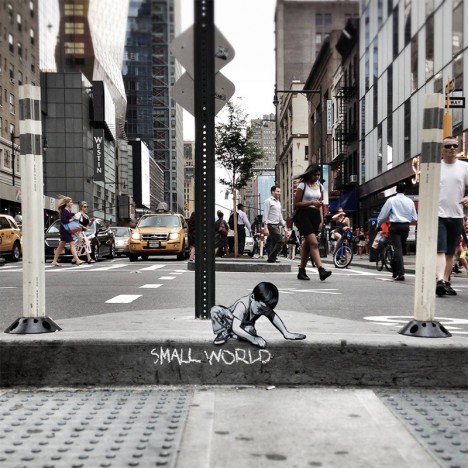 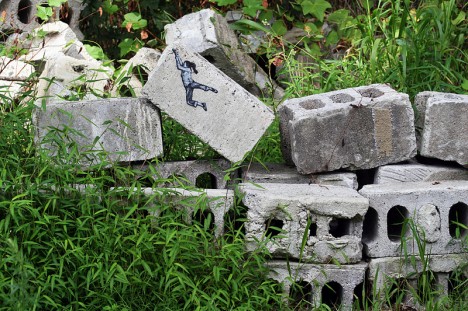 The city is a playground for tiny wooden cut-outs by Joe Iurato. The New Jersey-based street artist spray paints little figures that tell the story of his life, placing them on city sidewalks, utility poles and on the sides of buildings. 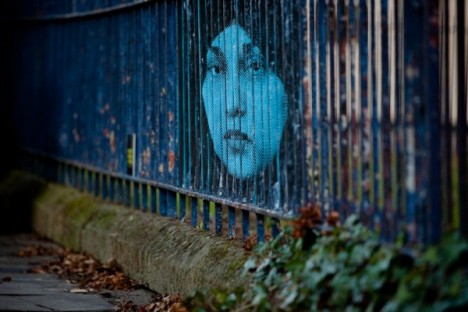 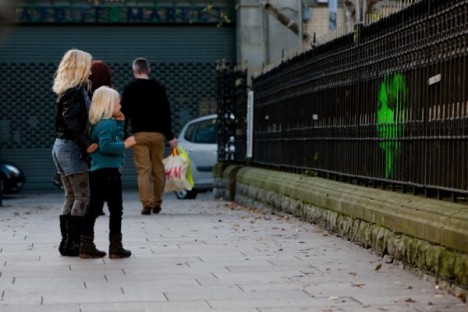 You have to stand in just the right spot to notice that these fences are anything out of the ordinary, with faces appearing only at certain angles. The London installation by street art collective Mentalgassi is a collaboration with Amnesty International to honor Troy Davis a man who was convicted of murder and put to death in Atlanta despite doubts about his innocence. Lenticular images shift in and out of focus as you pass, often taking advantage of rippled surfaces like shutters. 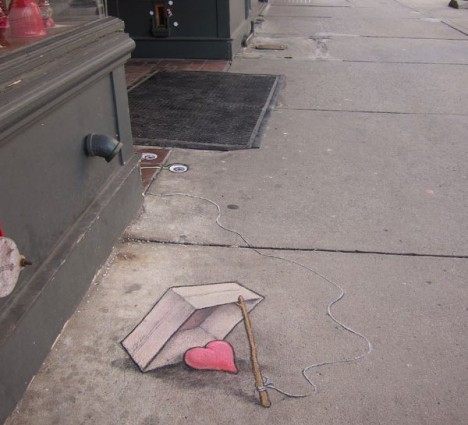 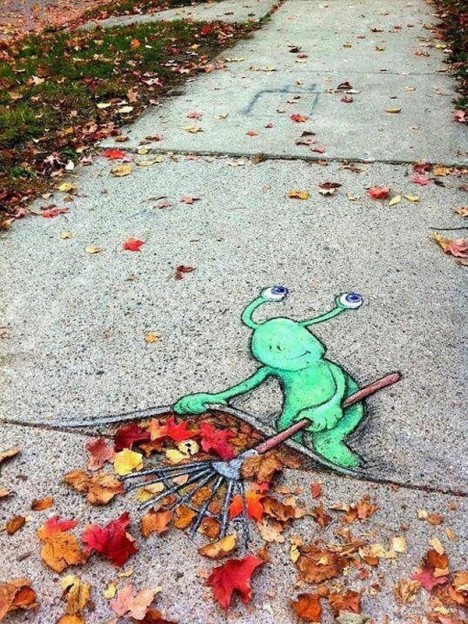 Tiny cartoon animals lounge, fight and have adventures on curbs, steps and other city surfaces in small temporary chalk works by illustrator David Zinn. Easy to miss unless you look closely, each piece is improvised on the spot and often takes advantage of three-dimensional surfaces for an optical illusion effect.