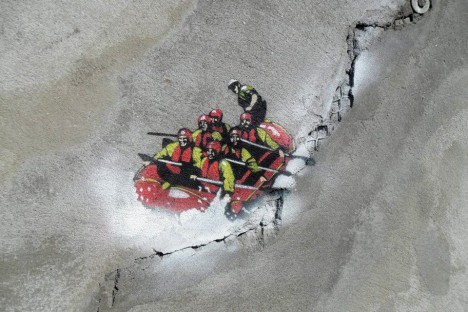 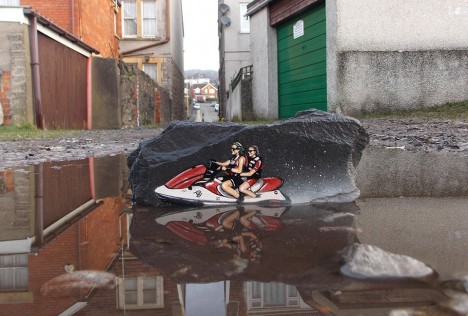 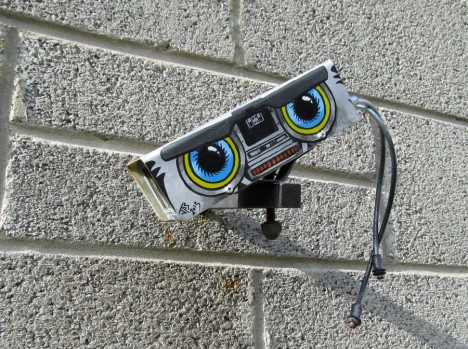 A crack in a concrete wall becomes a raging river and a puddle becomes a lake in small-scale paintings and installations by UK street artist JPS. While the artist’s larger works are often more provocative, these subtle pieces challenge the viewer to look at their environment from a different perspective. 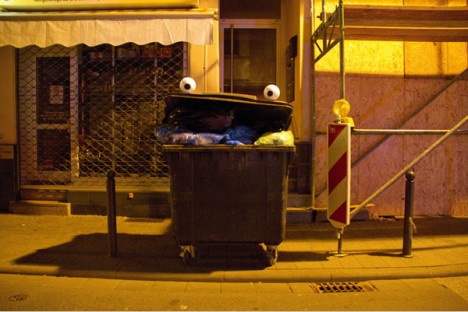 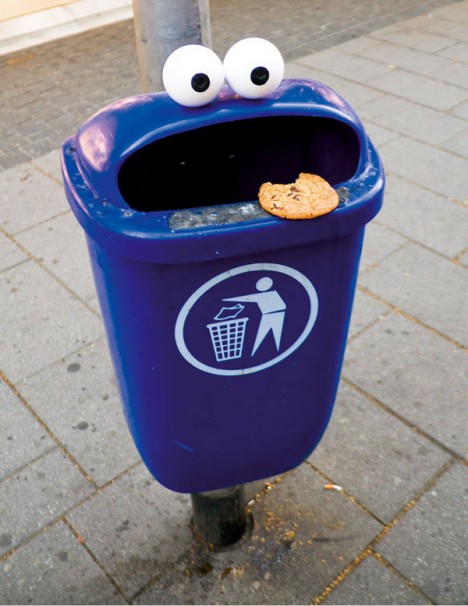 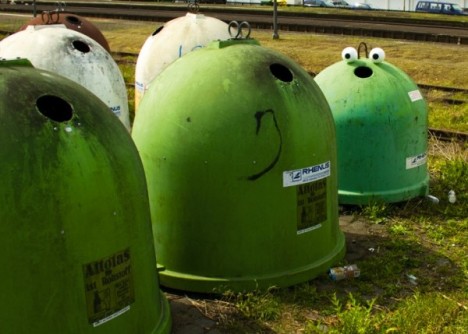 The addition of a pair of googly eyes turns dumpsters, trash cans, mail boxes and poles into goofy creatures that seem like they could spring to life at any moment and start singing educational songs for kids. Timm Schneider makes the eyes himself out of styrofoam and pops them onto urban objects. As simple as the project may be, it’s undeniably fun. 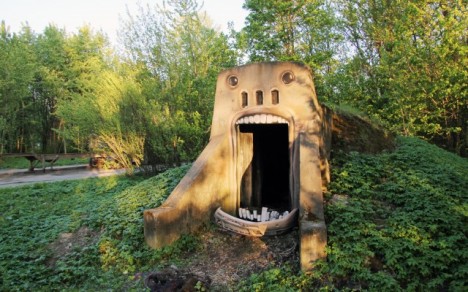 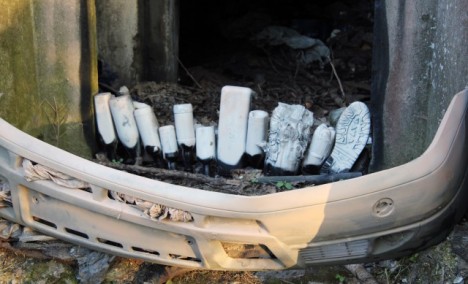 A little bit of paint and some trash in the hands of street artist Nomerz transforms a doorway in a park into a yawning monster. The Russian artist is known for painting large-scale faces onto all sorts of city surfaces, but it’s the incorporation of found objects that really makes certain pieces stand out. 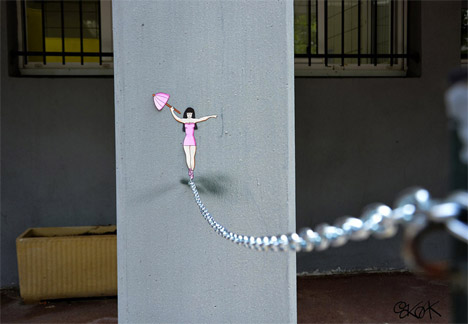 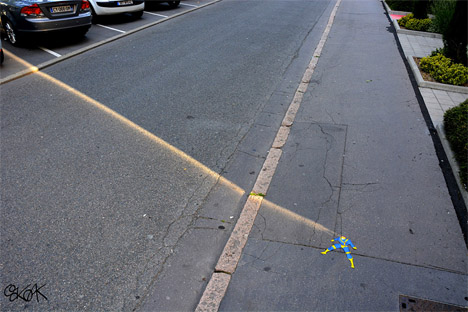 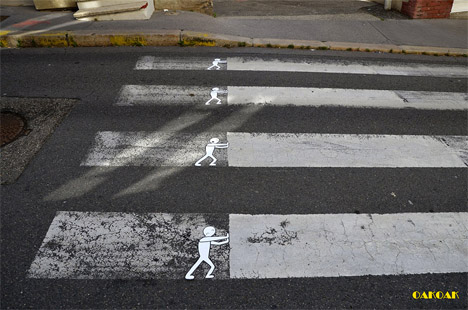 Bruce Lee, Sideshow Bob and various superheroes run amok in the most unexpected places. Highly contextual, these works by French street artist OakOak make ordinary objects a lot more fun. Says the artist of his hometown of St. Etienne, “I like this city, her atmosphere, and I wanted it to look nicer. It was an industrial city with many coal mines; now it’s in regeneration and still quite poor. But it’s easily travelled by foot with awkward aspects ideal for art. I saw shapes everywhere, and wanted to realize them.”